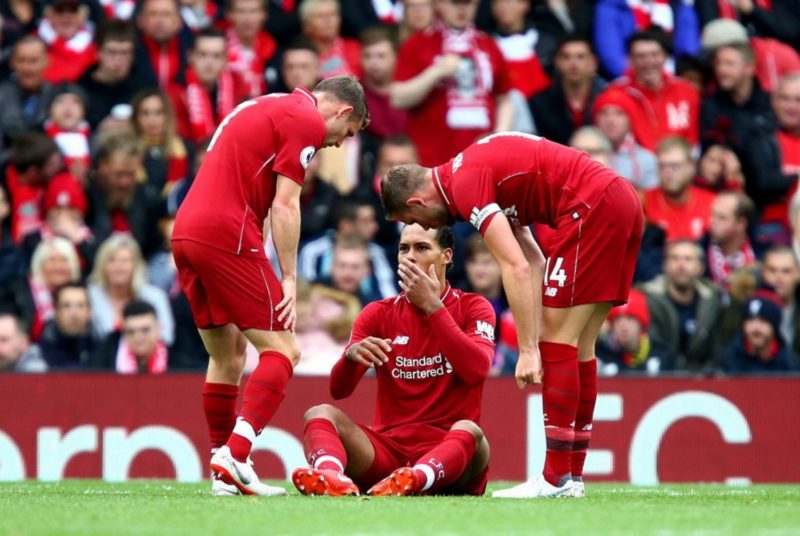 Virgil van Dijk was withdrawn in the second half during Liverpool’s 3-0 win over Southampton, however Jurgen Klopp has revealed it was a precaution.

The centre-back was replaced by his usual partner Joe Gomez just ten minutes into the second-half, with the Anfield faithful anxiously watching on.

Van Dijk looked in a fair amount of discomfort as he felt around his rib as he was leaving the field. The Dutchman headed down the tunnel for treatment and looked visibly happier towards the end of the match.

An injury to the 27-year-old could be crucial for Jurgen Klopp, with the Reds in the middle of a busy spell of fixtures that sees them playing Chelsea twice next week.

However, speaking after the Reds went back to the top of the league table, Klopp was relatively calm as he talked down concerns over Van Dijk’s fitness.

“He had a bruise on his ribs before the PSG game, today he got another hit there,” Klopp said.

“It should not be too serious. He said he could not shout more—which is 60 percent less!

“He should be absolutely OK.”

Gomez and fellow centre-back Joel Matip looked solid at the back after the Englishman came on in place of Van Dijk, which can only be a promising sign for the Reds.

With rotation expected in Liverpool's first meeting with Chelsea in the Carabao Cup on Wednesday, Van Dijk is likely to be rested in time for the trip to Stamford Bridge next Saturday.