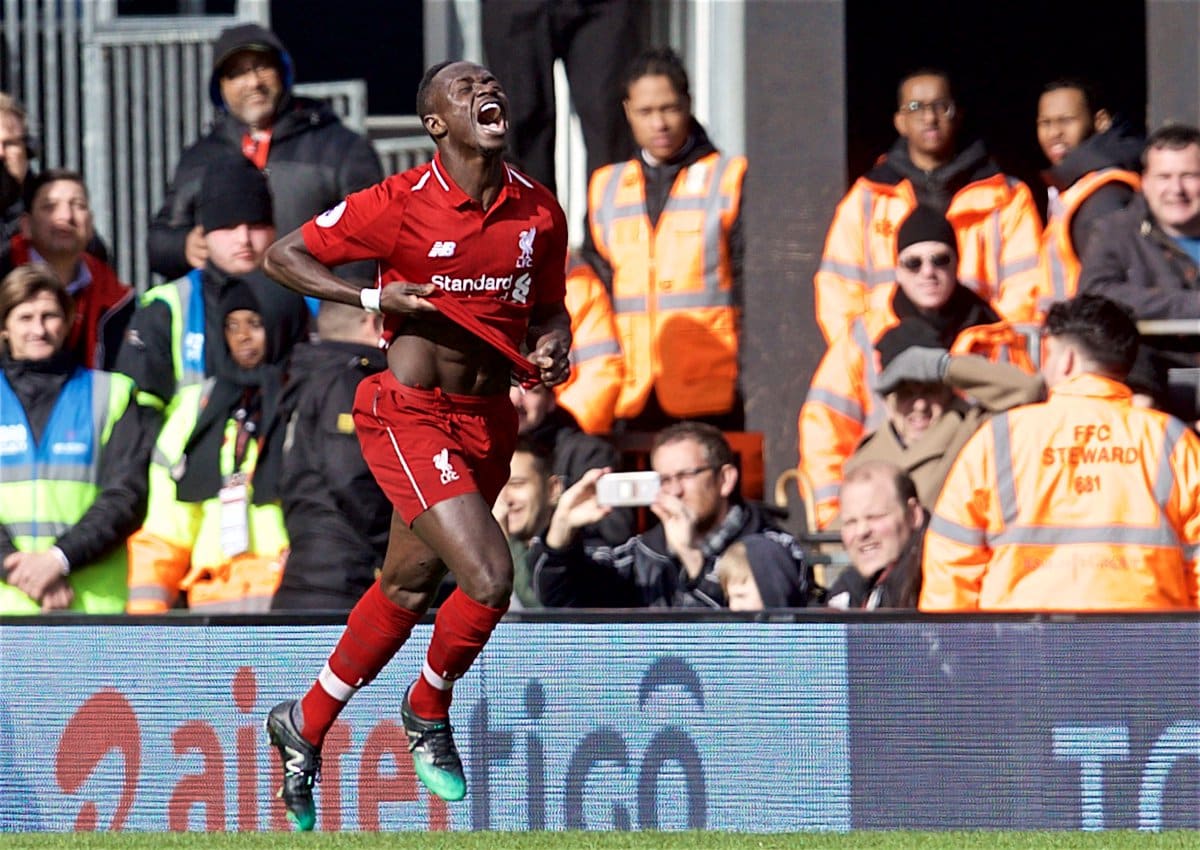 Sadio Mane scored an excellent opener for Liverpool at Craven Cottage as the Reds lead at the break.

Liverpool opened the scoring in the 26th minute as Mane ran towards the danger area and played an incisive pass to Roberto Firmino.

The Brazilian, who had a number of options in the middle of the box, played a brilliant reverse ball to Mane, who finished past goalkeeper Sergio Rico with ease.

It was Mane's ninth goal in his last nine Premier League appearances, highlighting his sensational form yet again after he scored a brace against Bayern Munich in midweek.

Mane now has 20 goals for the season, including 17 in the Premier League, equaling the likes of fellow teammate Mohamed Salah, Spurs' Harry Kane and Arsenal's Pierre-Emerick Aubameyang.

The Reds finished the half strongly but, in truth, they barely had to get out of third gear.

Should the result stay the same, Liverpool will go above Manchester City in the table heading in to the March international break.