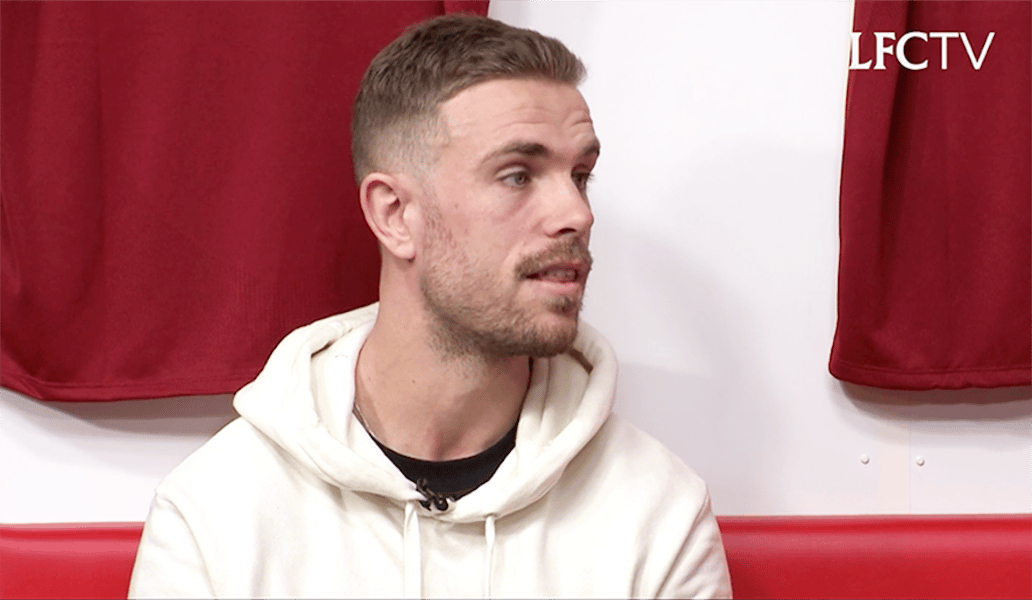 Liverpool captain Jordan Henderson was the special guest on the new episode of LFC Later on LFC TV.

The midfielder joined Rob Jones and Jason McAteer in the studio to discuss a range of subjects alongside a former in the Reds team, Ronnie Whelan.

Henderson and co chat about the upcoming Premier League clashes with Newcastle United and Manchester United, the exploits of new signing Mohamed Salah and how it feels to be the club’s skipper following now-Liverpool U18 manager Steven Gerrard.

The No.14 also answers a number of questions from Liverpool and England teammate Alex Oxlade-Chamberlain.

Henderson said on his captaincy, "It’s an amazing feeling to captain Liverpool. When I was asked to do it, obviously it was a huge honour. It’s a massive responsibility but one I felt I could take on. I felt I was the right person to do it. To lead the team out, especially at Anfield, feels amazing. It’s one I hope to do for a few more years yet.

"We’ve got a great set of lads, we’ve got a lot of leaders within the team and I feel the responsibility is not solely on me. It’s on a lot of the senior players as well – we all chip in together. And I think that’s good to have in the group with different players and different nationalities.

"It’s always good to have a few leaders in the team, which we’ve got. But it’s still a huge responsibility and one I try to do to the best of my ability on and off the pitch, making sure I’m there for the lads when they need me.

"Winning trophies, any major trophy – that has got to be the aim and has always been the aim throughout my career, to win as many trophies as possible. That’s the biggest thing I want to achieve as a team.”

Henderson, who has made 36 appearances for England in internationals, opened up about the expectations of playing for the national side in the World Cup this summer.

“There has been a lot of expectancy around the England teams for many years now. The bottom line is, especially since I’ve been in the squad, we haven’t really achieved what we’re capable of doing in terms of getting further in the competition – whether that’s the World Cup or the Euros," he said.

"So it’s a big test for us this summer but I’m full of confidence in the team; we have some outstanding players and good togetherness. I’ve always felt that going into a tournament we’ve got some fantastic players, so why not go for the trophy?

"Obviously, it hasn’t worked out like that so far. But I’m still very confident with the team we’ve got this summer coming."