Southampton 0-2 Liverpool - Reds back to third in Premier League 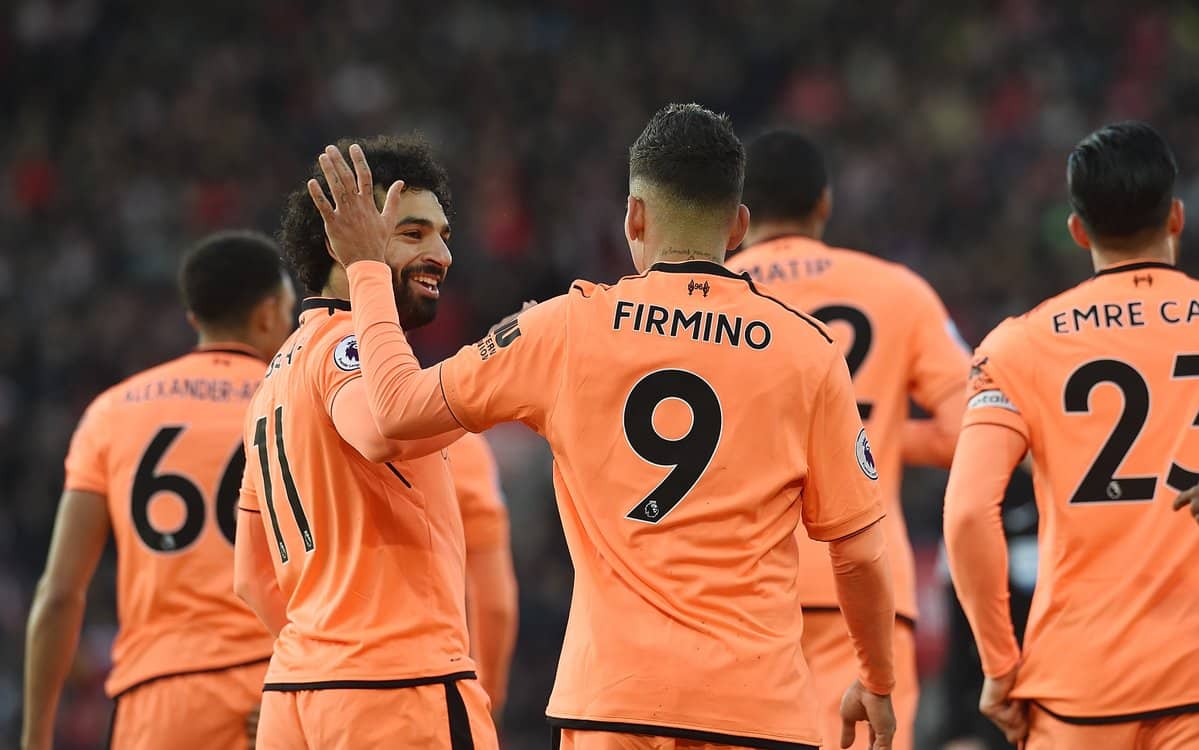 Liverpool climbed up to third in the Premier League after victory against Southampton at St. Mary's Stadium on Sunday afternoon.

Mohamed Salah moved to within one goal of the Premier League's top scorer Harry Kane after scoring Liverpool's second against the Saints.

Salah's 42nd-minute goal, which was set up by a fine back flick by Roberto Firmino, is the forward's 22nd in the top-flight this term, just one behind Tottenham striker Kane who has 23 goals.

Salah's effort doubled Liverpool's advantage at St Mary's after Firmino had opened the scoring in just the fifth minute when he latched onto the Egyptian’s square ball to slot past Alex McCarthy.

The win sends Jurgen Klopp's men into third place in the Premier League standings, just two points behind Manchester United who lost to Newcastle earlier in the day, while Southampton remain in the relegation zone.

Much of the pre-game focus centred on Virgil van Dijk, who was making his first return to St Mary's since sealing a £75m move to Liverpool from Southampton last month.

Klopp had admitted he would speak to the defender to prepare him for the hostile reception he could face back at his former stomping ground, which appeared a good move as Van Dijk received jeers and boos once the match began.

But the Dutchman was left laughing and celebrating after just five minutes when Liverpool took the lead through Firmino.

A long ball over the top was missed by Wesley Hoedt, which allowed Mohamed Salah to latch onto the ball and then square it to an unmarked Firmino, who side-footed it home. 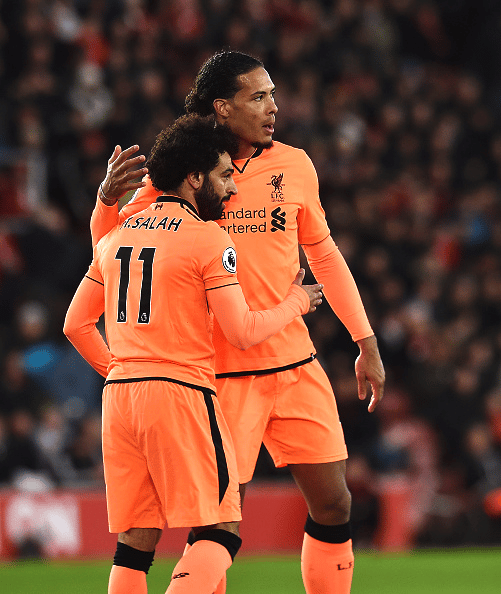 The goal was Firmino's 20th in all competitions this season - the first time he has reached that mark since the 2013-14 campaign when he played for Hoffenheim.

Not long afterwards, the Brazilian thought he had won Liverpool a penalty when he was brought down in the area following an arm around the neck by Jack Stephens, but referee Martin Atkinson didn't think there was enough contact to award a spot-kick.

Southampton rallied back and had several chances to equalise but Loris Karius first denied Pierre-Emile Hojbjerg from close range before he claimed Guido Carrillo's header from inside the box and then palmed James Ward-Prowse's effort from the right.

Southampton's inability to convert their chances was latched onto by Liverpool, who duly made it 2-0 with three minutes of the first half remaining.

Joel Matip started the move that led to the goal with his low ball to Salah, who passed it to Firmino. The Brazilian then pulled out a lovely back flick that fell back to Salah, who coolly finished off from close range to net his 22nd league goal of the season - just one behind top scorer Harry Kane.

Salah could have matched the Tottenham's striker's tally after the break when Sadio Mane's acrobatic effort was blocked and instead fell to the Egyptian, who subsequently fired over the bar.

Southampton should have capitalised on the missed chance by getting a goal back but Wesley Hoedt failed to direct Ward-Prowse's free kick into the goal from a tight angle.

And the Saints were lucky not to be 3-0 down shortly afterwards when McCarthy denied Firmino before Salah's rebounded effort flew wide and substitute Adam Lallana fired wide.

Yet, it didn't matter as Liverpool held on to take all three points and keep their hopes for a top-four finish alive while ensuring Southampton remain in the drop zone.