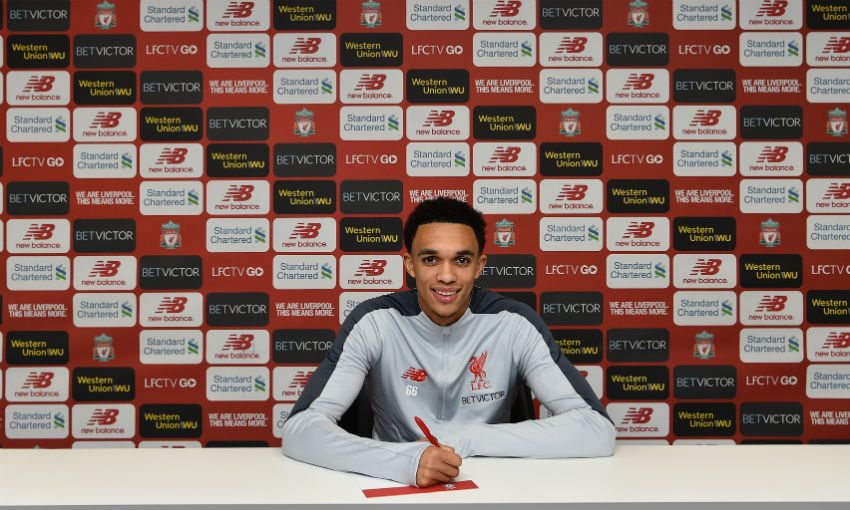 Liverpool defender Trent Alexander-Arnold has signed a new long-term contract, keeping him at the club until 2024.

The youngster follows fellow defender Andy Robertson in committing his future to Liverpool, with the club on the ball with rewarding the duo for their development so far.

The deal is the third Alexander-Arnold has signed in the last 18 months, with his wages reportedly to have been doubled to £100,000 a week, along with Robertson.

“I’m ecstatic and really proud,” Alexander-Arnold said after the deal was announced on Saturday.

“I feel privileged to have the support and the trust the club has in me to offer me a new deal.

When it comes to playing football, there is only one club for me. After 14 years at @liverpoolfc I am so happy to sign a new contract! Just want to say thank you to the fans for all your support on my journey so far ❤ #YNWA pic.twitter.com/oxMdkwQaeL

“There was no doubt in my mind to sign and extend the years I have with the club.

“Hopefully we can achieve a lot of success in those years.”

The 20-year-old has gone from strength to strength since making his first-team debut in 2016, establishing himself in the side as a regular starter.

“As soon as they offered the contract, there was no hesitation whatsoever,” added Alexander-Arnold, who has made 67 appearances for Liverpool and scored four goals.

“The thing that made it easiest for me was having the people around me to make sure I was able to focus on football as much as possible and get the deal done as soon as possible. 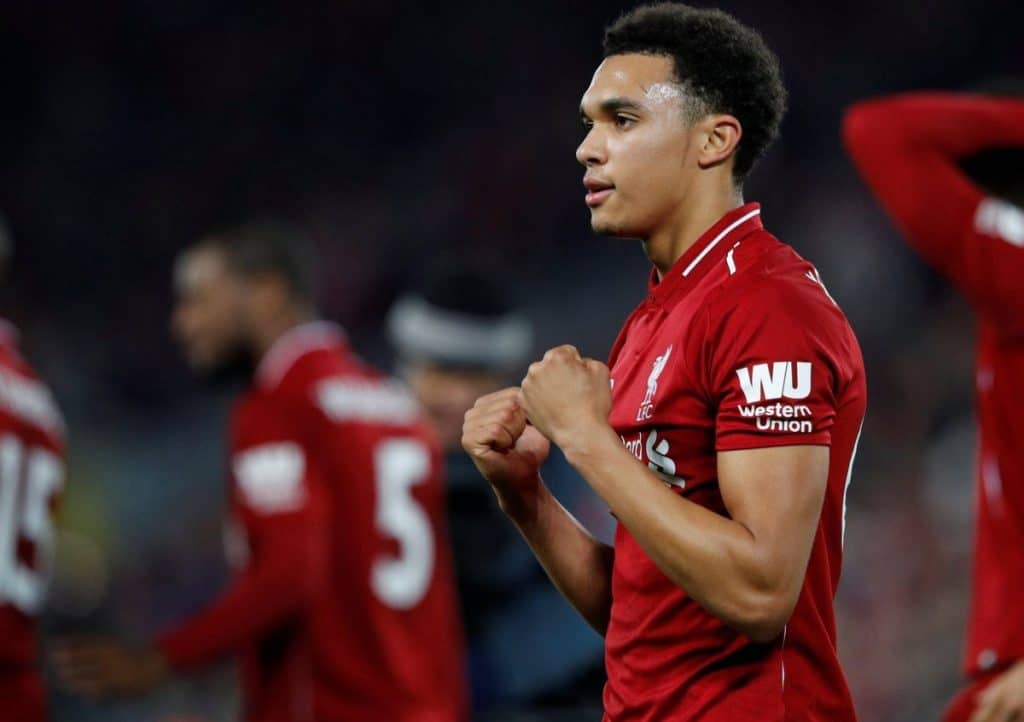 “That is down to my brother especially, my manager, who took that role and allowed me to focus on football and not get distracted, which is the main thing.

“The last 18 months especially have been very special. Hopefully the next 18 months and even further on than that will be even more special.”