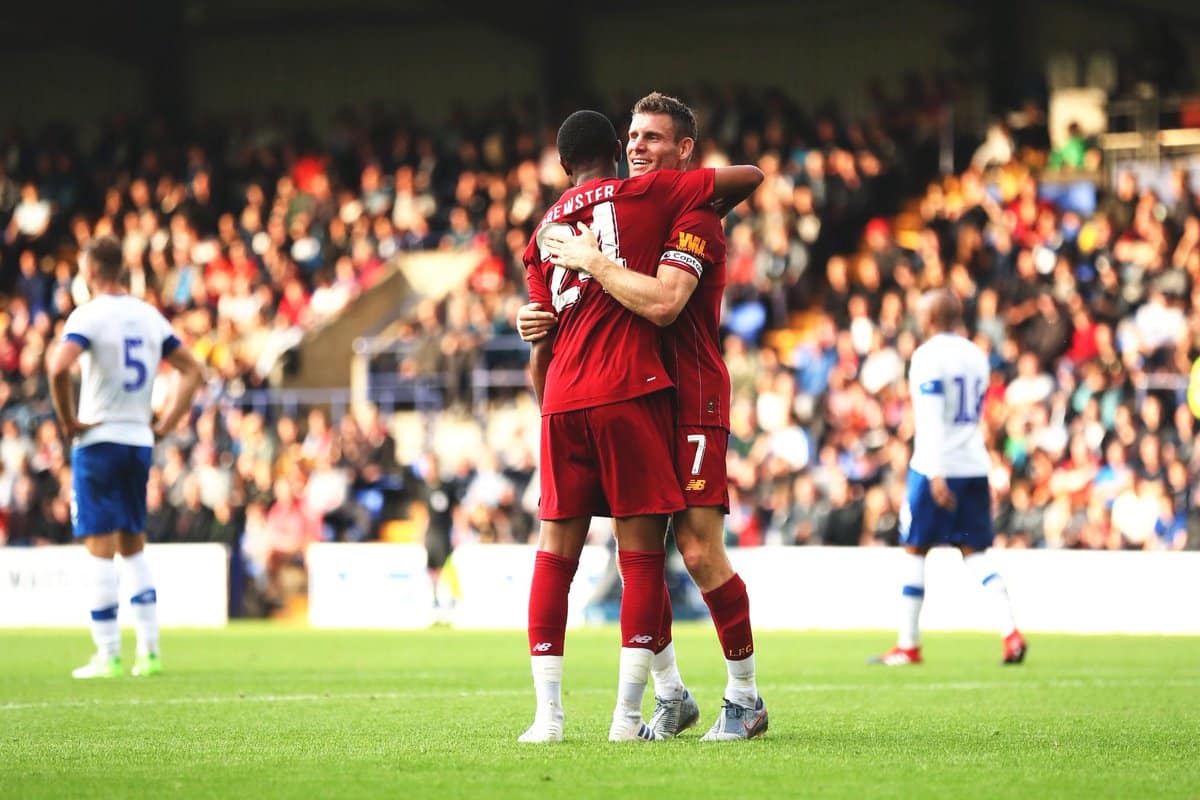 Liverpool marked their first pre-season game with a commanding 6-0 win over Tranmere Rovers on Thursday evening.

Rhian Brewster scored twice whilst Curtis Jones, Divock Origi and Bobby Duncan all bagged one for the Reds, who kicked off their 2019/20 season preparations with a fantastic win at Prenton Park.

23 different players were involved for Jurgen Klopp's side, with two different sides running out for each half, as expected.

Brewster was joined by fellow youngsters Ryan Kent and Harry Wilson in attack. Nathaniel Clyne made his first Reds appearance since December, whilst Alex Oxlade-Chamberlain started for the first time since April last year.

Liverpool were in charge from the off and were rewarded with a goal inside the opening ten minutes as Joe Gomez found Brewster, who played in the surging Clyne to finish home with a powerful effort.

Both sides created chances in a lively first-half as Paul Mullin and Corey Blackett-Taylor came close for the home side. Liverpool's 18-year-old academy left-back, Yasser Larouci, almost doubled the advantage on two occasions, only to be kept out by goalkeeper Scott Davies. 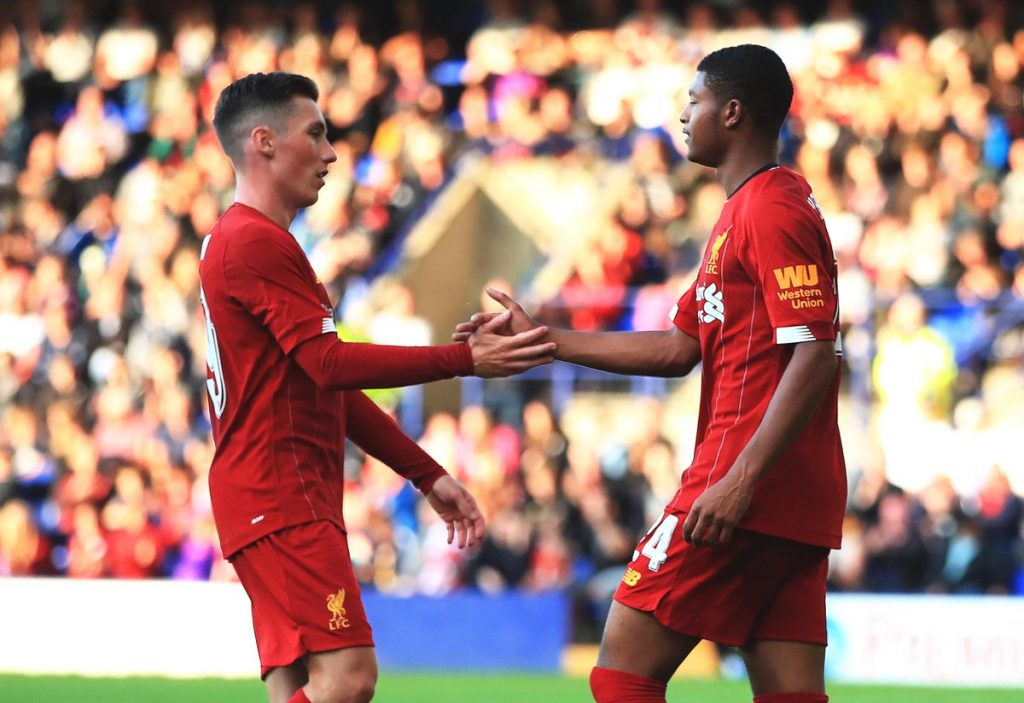 The Reds continued to impress and grabbed a second after James Milner's driven cross was sent back in by Wilson at the far-post, with Brewster on hand to confidently nod home.

Liverpool netted again at the stroke of half-time with Milner and Brewster involved once again. Davies could only palm Milner's shot, from the edge of the box, into the path of the youngster, who tapped in to make it 3-0.

Champions League hero Divock Origi came on for the second-half alongside senior Fabinho and Joel Matip, whilst youngsters Ki-Jana Hoever, Curtis Jones, Ben Woodburn, Bobby Duncan and Paul Glatzel were given a chance to impress. 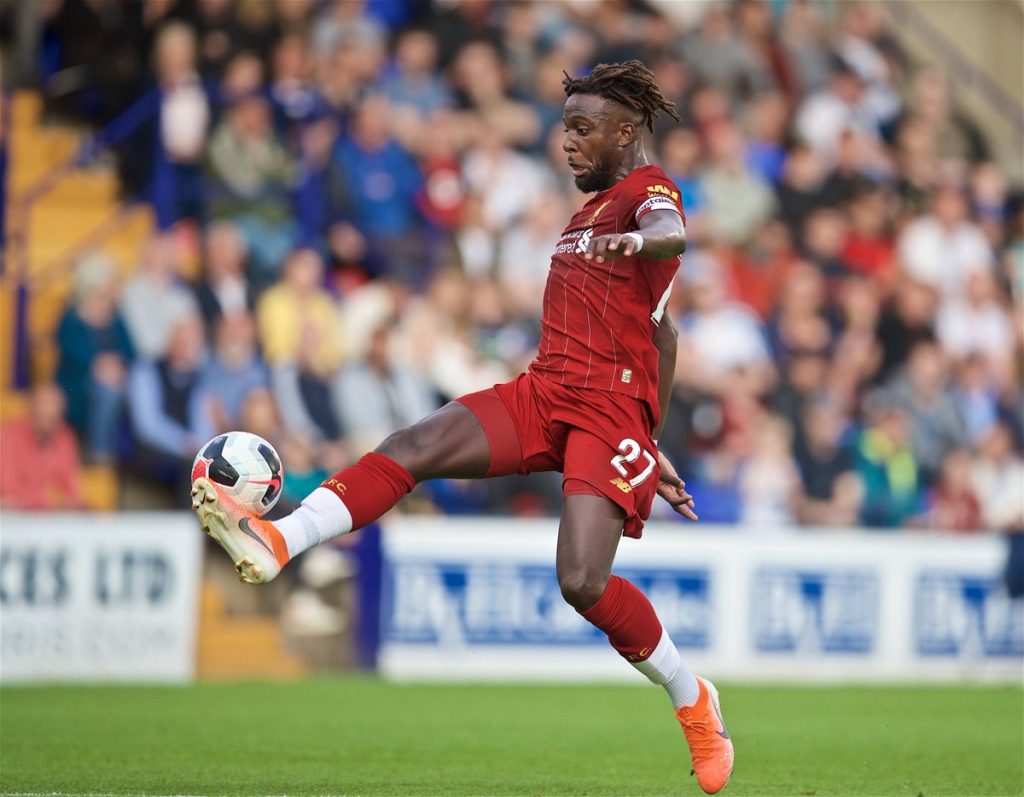 It took less than ten minutes of the second-half for the Reds to strike again as Origi layed the ball off to Woodburn, whose cross to the far post was met by Jones to finish home and make it 4-0.

Origi, who signed a new contract with Liverpool on Wednesday, went on to score in excellent fashion as he received Matip's ball lofted ball with a deft touch and dribbled past Davies to slot the ball home.

Klopp's side made it six in the 67th minute as Hoever's fantastic run into the box saw him find Glatzel, who turned the ball to Duncan to finish and wrap up Liverpool's scoring on the night.