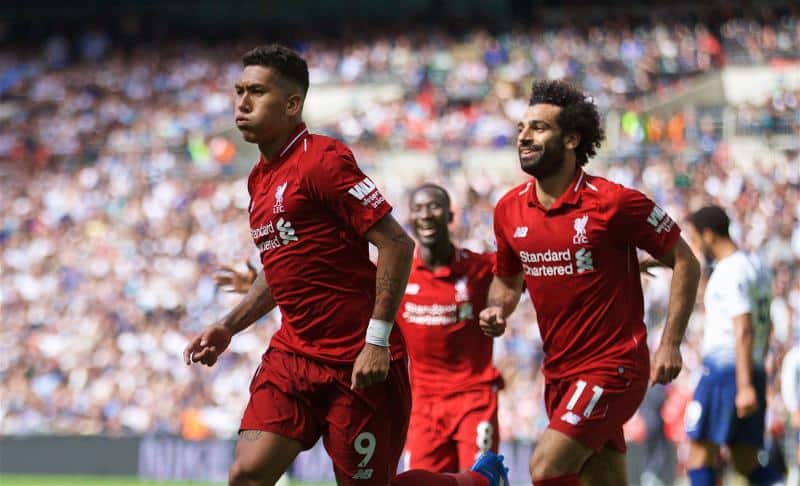 Liverpool beat Tottenham Hotspur 2-1 at Wembley on Saturday as they continued their faultless start to the Premier League season.

The Reds made it five consecutive wins as they continue their impressive start to the Premier League.

Jurgen Klopp's side ended their poor run at Wembley after goals from Gini Wijnaldum and Roberto Firmino handed the Reds victory.

A late goal from Erik Lamela proved to be just a consolation for Spurs, who were without captain Hugo Lloris and Dele Alli.

Liverpool started the game in extremely quick fashion, which resulted in the ball being in the back of the net within the first minute. James Milner swept in a cross that Firmino poked into the far corner – however the linesman flagged for offside.

The Reds stayed on top of proceedings as the visitors looked to be the more dominant side, creating chances at will against a lacklustre home side.

Liverpool had their best chance midway through the first half as Eric Dier’s backward pass was latched on to by Mohamed Salah. The Egyptian sped into the left side of the box but saw his high shot edged out by Vorm. 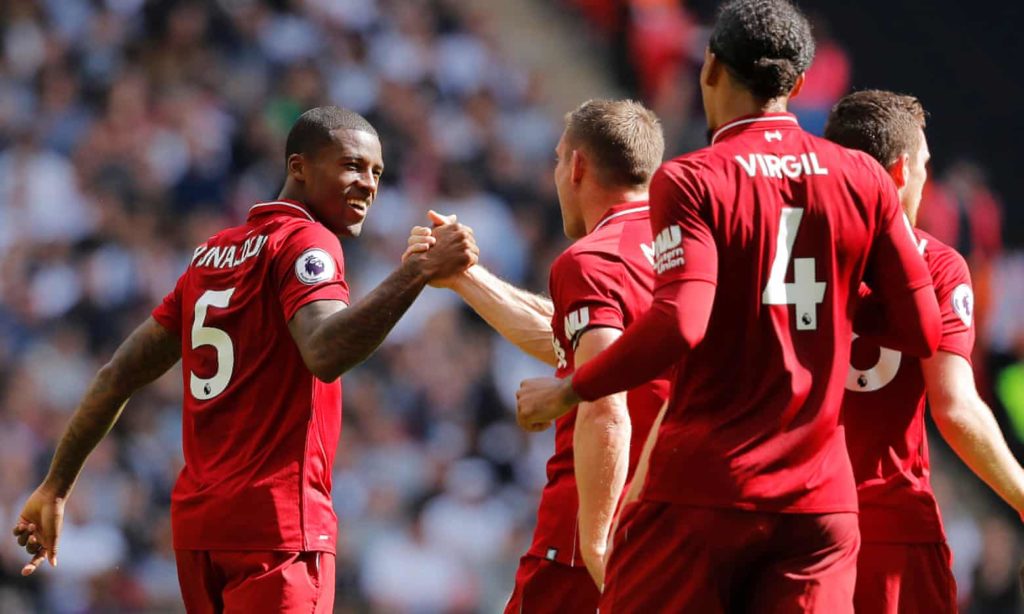 Spurs looked to get back in to the game as a threatening Harry Kane was dispossessed inside the box by Alexander-Arnold before Alisson stopped Christian Eriksen’s free-kick after being brought down by Sadio Mane.

However, Liverpool struck just minutes before the interval as Milner's corner from the left came to Wijnaldum, who powerfully headed the ball just under the crossbar. Vorm collected the ball, however the Goal Decision System confirmed it had gone over the line.

The Dutchman then had a great chance to double the Reds’ lead after being fed through by Salah, however he scuffed his shot wide despite Firmino and Mane being in support.

As the second half began, it became clear that the two sides were looking to go up a gear, however it was Jurgen Klopp's side that came out the more determined.

Salah picked up a loose pass and squared it to Mane, however the Senegalese’s effort on the turn was denied by Vorm.

Lucas Moura then came free from Joe Gomez and wriggled inside Alexander-Arnold on his way into the area, however his low shot came off the outside of the near post.

Liverpool then finally doubled their advantage as Andy Robertson’s clever pass over the top released Mane, who sent in a low cross that Jan Vertonghen diverted against his own post only for Firmino to get a simple tap in. 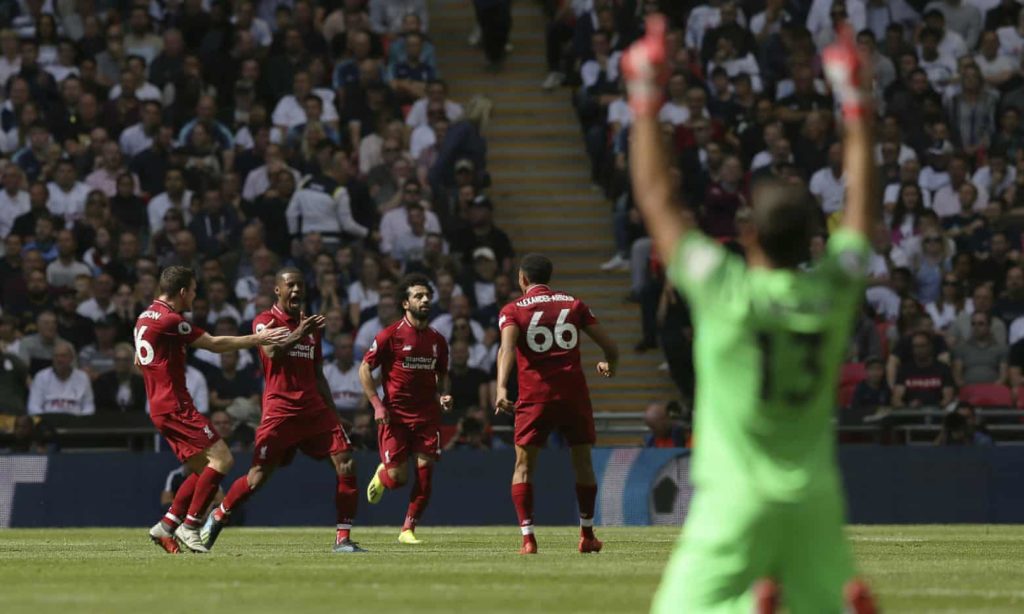 The Reds continued to threaten via Keita, Salah and Mane and indeed it could have been four or five on another day. However, it was Spurs that got the final goal of the day via Lamela, who scored three minutes into added time with a shot from close range.

There was plenty for Klopp to be happy about, despite the Reds' lack of clinical finishing, as he now looks ahead to Tuesday's Champions League group stage tie against PSG.

Liverpool sit at the top of the Premier League table on 15 points from five games, having conceded just two goals so far.