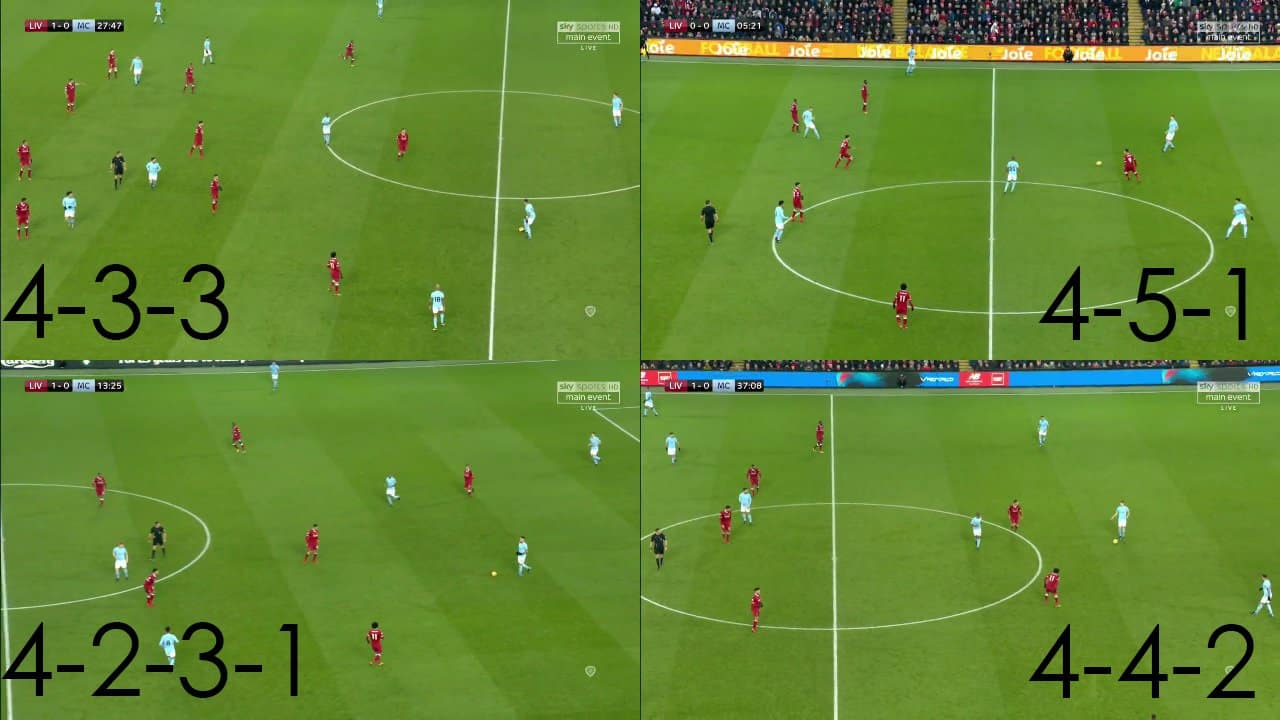 Jurgen Klopp's side switched between 4 different structures without the ball to stop Manchester City in the middle third by pressing high from midfield.

The Reds scored three times in a rousing eight-minute spell in the second half to go 4-1 up, then clung on after City scored twice in the last six minutes.