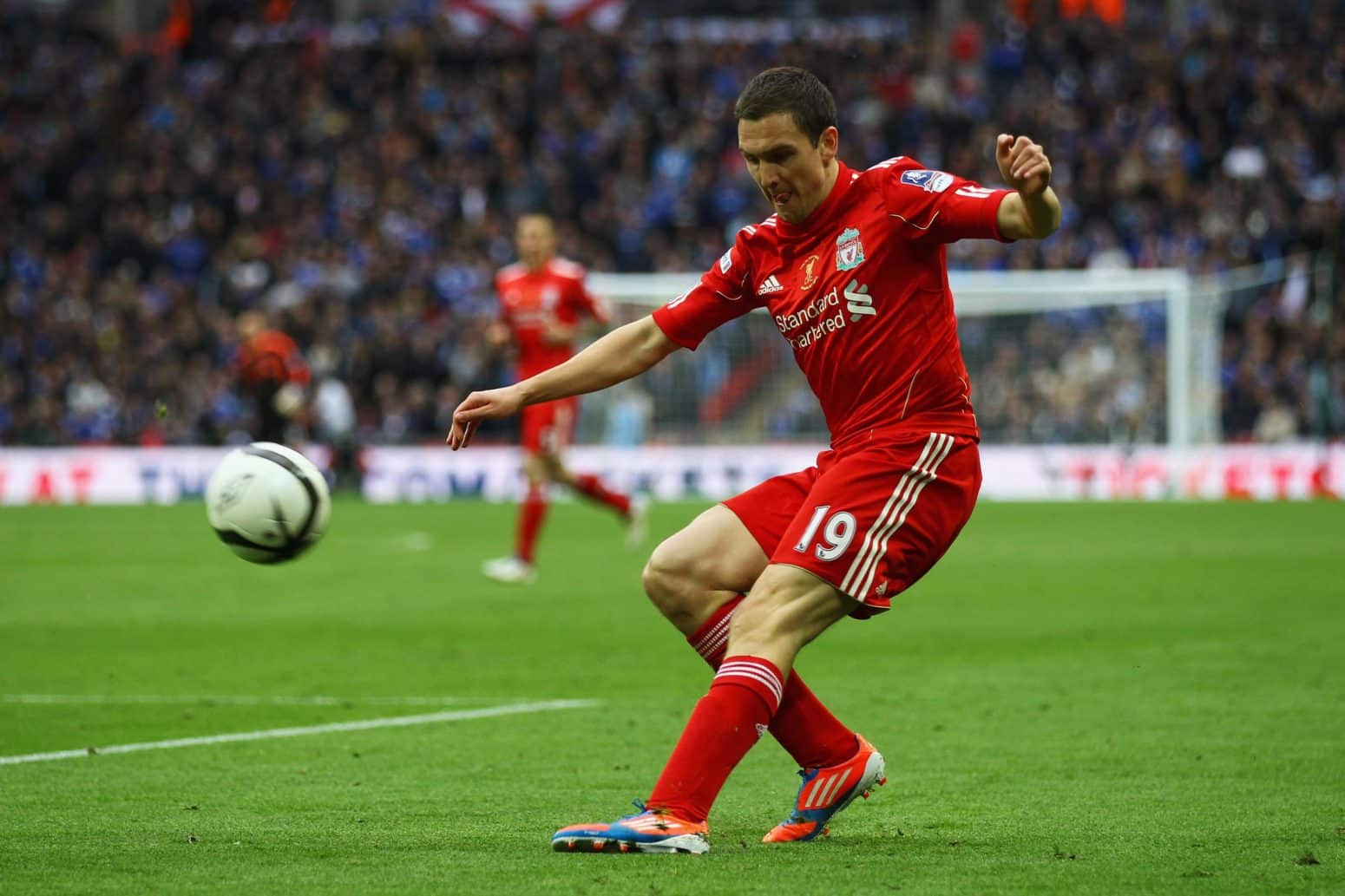 Former Liverpool player Stewart Downing has opened up on his time at Anfield, giving an insight into the leadership of Kenny Dalglish and Brendan Rodgers.

The 35-year-old made 91 appearances for the Reds between 2011 and 2013, having been signed by Kenny Dalglish in a £20 million move from Aston Villa.

Downing made the move to Liverpool in the summer of 2011 alongside current Reds skipper Jordan Henderson, Charlie Adam, Sebastian Coates, Jose Enrique, and Craig Bellamy.

Despite a promising start to his Reds career, things just didn't work out for the former England international, who scored just seven goals in all competitions for the Reds.

Speaking on his move to Anfield, Downing insists it was "a dream" to play for the Reds, although the level of expectation at Liverpool took him by surprise.

"It was a dream to play for the team my dad had supported and to play for Kenny Dalglish," Downing told Training Ground Guru.

"Kenny could be big time, because he’s an absolute legend, but there are no airs and graces with him at all. He’s just a good fella with a dry sense of humour.

"I realised the change in expectations straight away after the move. I’d come from Villa, where if we finished sixth it was a great season, to Liverpool, where sixth was a disaster. You come with a big price tag to a big club and you know you’re going to be under scrutiny.

"Kenny was great, he'd just back you to the hilt, but we could have played better for him. The team just didn’t click. A lot of new players came in and it doesn’t matter where you are, it’ll take time when that’s the case. 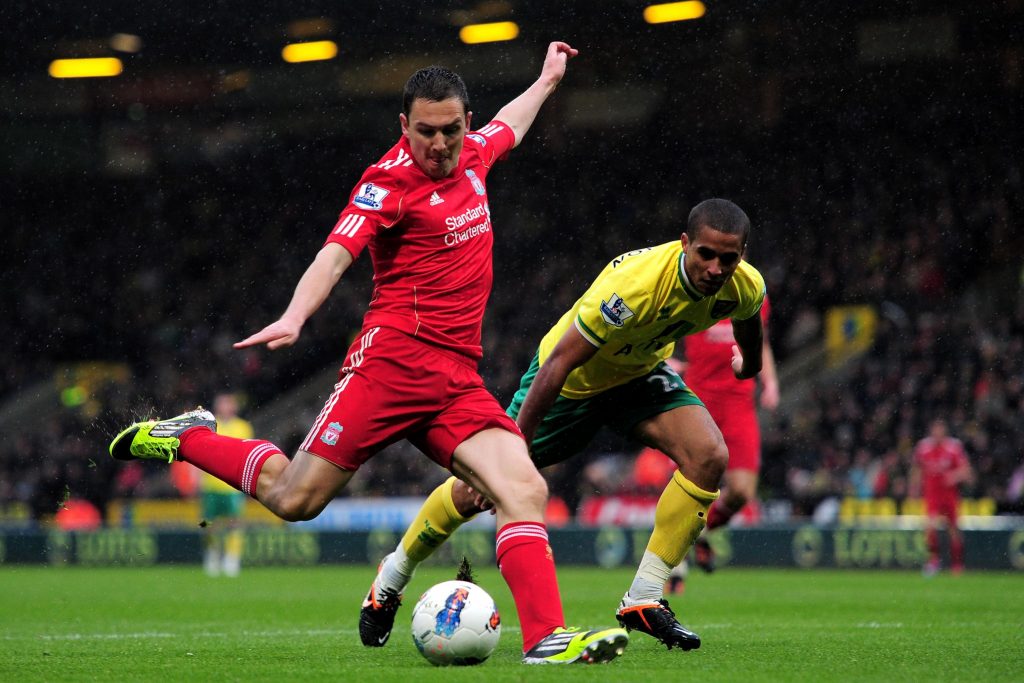 "I was disappointed when Kenny left. To spend that money, I felt he should have been given time. We got to two Cup finals (2012 League Cup and FA Cup) and I thought the next season we would have got better.

"I still speak to him and exchange the odd text. He’s just a good guy."

Liverpool parted ways with Dalglish at the end of the 2011/12 season, with Brendan Rodgers taking charge after impressing as Swansea City manager.

Downing reveals he found it hard to get on with the former Reds manager, highlighting one instance where Rodgers questioned his commitment to the side, as well as that of Henderson and Enrique.

"The second year at Liverpool with Brendan was strange really. I didn’t get the feeling at the start that he wanted me, maybe because I was a Kenny signing," Downing said.

"There was one point when he questioned our commitment; me, Jordan Henderson and Jose Enrique, which was strange, because I’d been in his office two days before that and nothing got said. 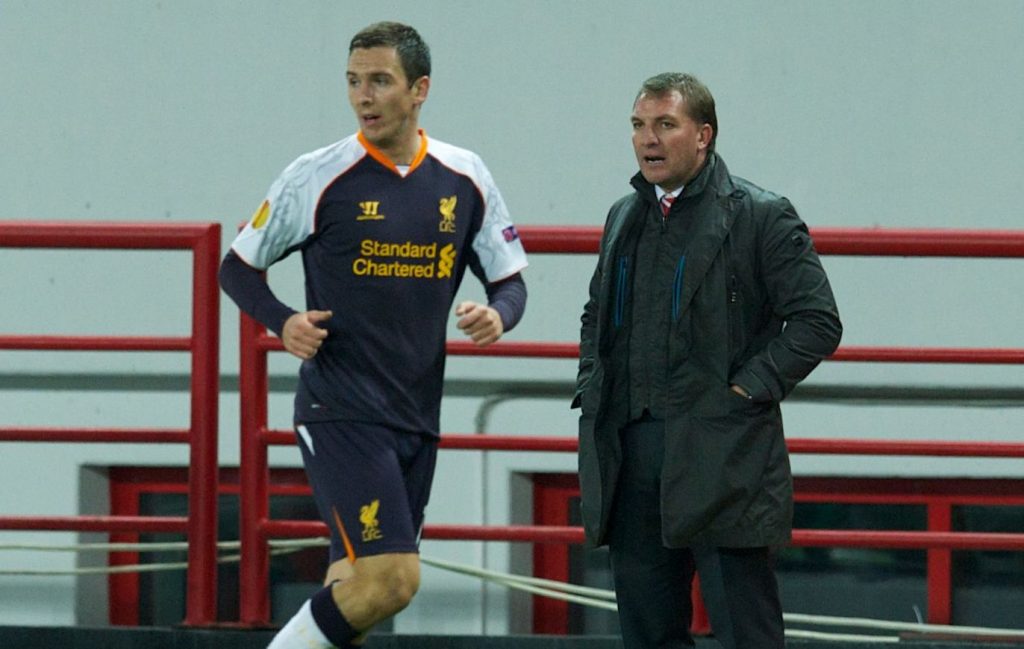 "I was under pressure already, 'the £20m signing', so I didn’t need more in the press. My commitment has never been questioned by any manager. I said: 'If you’ve got something to say you should say it to my face.'

"I thought, ‘he’s not wanting me’, but I worked hard, got in the team and we got on after that. At the end of the season, he told me he wanted me to stay, but then the club accepted an offer from West Ham for me.

"I spoke to Big Sam and he said: ‘Obviously the manager wants you to go, Stew. Otherwise, the team wouldn’t have accepted the offer’. It would have helped if they’d done it in a better way.

"If he’d just said ‘it’s time for you to go, I want new players in,’ it would have been ok. Brendan was a young manager learning his way, but I prefer a straight-talking, face-to-face conversation.

"That’s why I liked playing for Kenny, Martin and Big Sam, because they were straight-talking men. Just be honest with players."

Downing currently plays in the Championship for Blackburn Rovers, with the veteran likely to retire at the end of the season when his one-year contract expires.