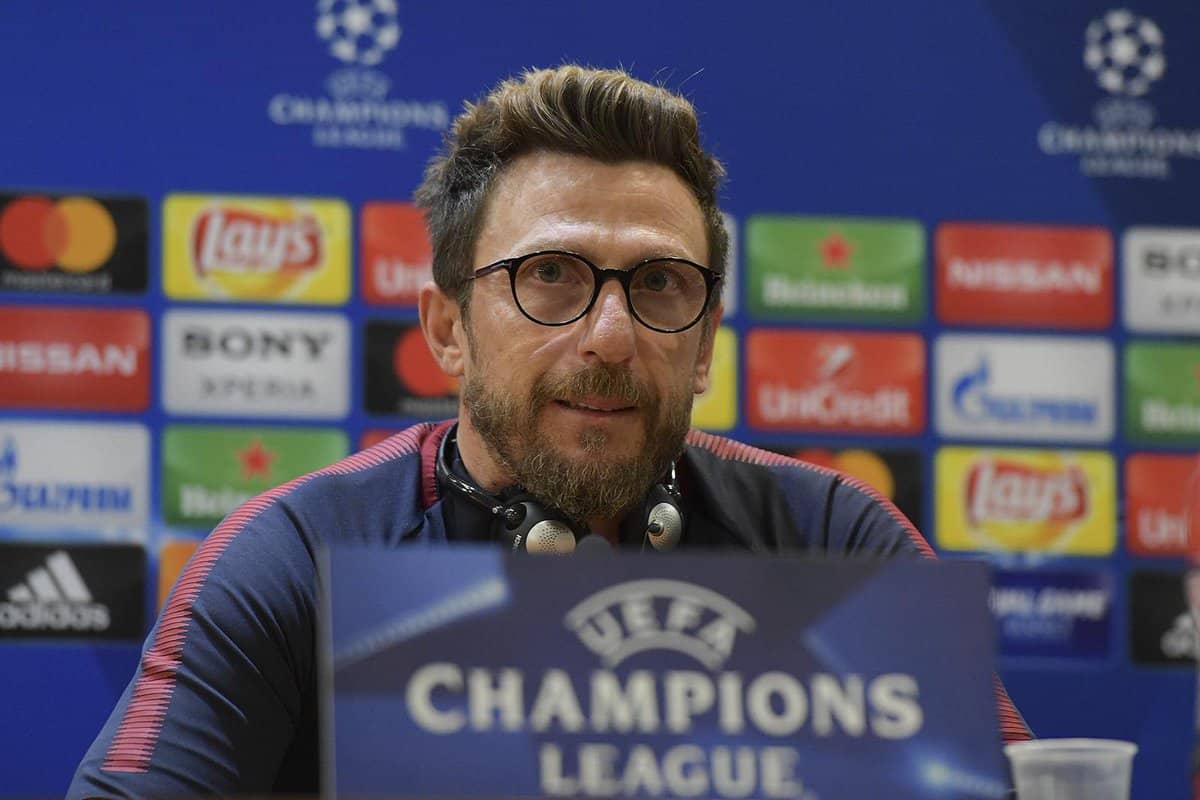 Roma manager Eusebio Di Francesco has insisted Liverpool will have to 'force them deep' as he says his side won't sit back in the first leg of the Champions League semi-final.

The Reds have registered 33 goals in this season's European campaign - more than any other side in the competition - with 10 of those coming in the two knockout rounds so far.

Di Francesco says he is aware of Liverpool's ability to take teams apart, but is refusing to park the bus at Anfield ahead of the return tie in the Italian capital next week.

"We aren't going to sit deep. They have to do well to force us deep," he told reporters at his pre-match press conference. "The decisive thing will be for us to stay compact."

When asked about the threat of former Roma forward Mohamed Salah, who has 41 goals in all competitions this season, Di Francesco added: "We can't focus on a single player.

"Liverpool are not just Salah, the front-three combine really well together and that's not an insignificant factor. So we haven't prepared this game with one player in mind.

"When preparing the game, of course we have to be aware of their strongest players, but we're not targeting a single one."

However, Roma midfielder Kevin Strootman didn't quite receive the memo, saying that his side have indeed had to adopt 'special tactics' to deal with the Egyptian.

“We have special tactics [for Salah] but I’m not going the share it! Italian defence, that is what I’m hoping for,” he said.

“Now he has so much confidence and he just creates the chances himself and finds it easy in front of the goal.

“I think it is confidence which is the main difference. It did a lot when he played here but now you see if he has a chance and he misses it, the next time he knows he will score.

“He is doing amazing also with the national team, he did a great job, I think he is the king there now and they want to vote him for president and everything.

“I just hope in the two games against us he loses his confidence.”

Salah has been in incredible form this season, scoring eight in this season's Champions League, second only to Real Madrid's Cristiano Ronaldo.