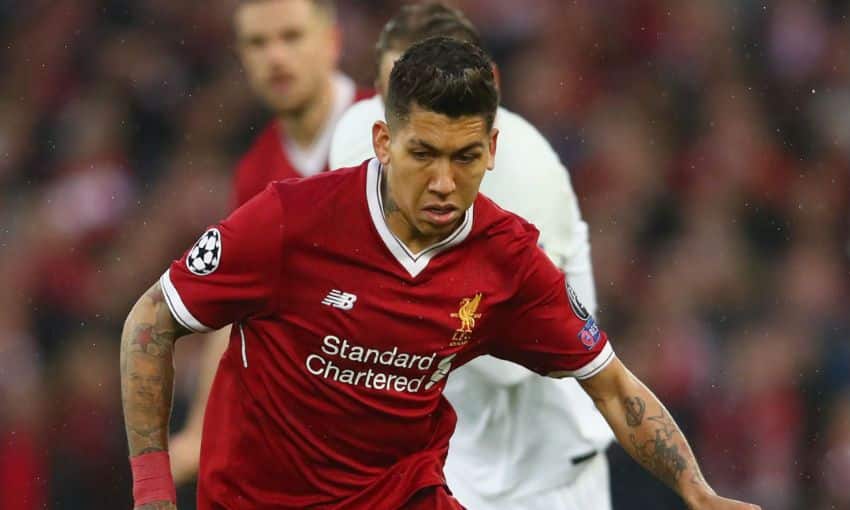 Roberto Firmino has signed a new long-term contract, a deal which makes the Brazilian the Reds’ highest paid player.

Firmino has had an outstanding season for Jurgen Klopp's side - his most successful season as a professional.

The 26-year-old has scored 27 goals and assisted 16 more in 50 appearances in all competitions this campaign, and his hard-work and ever-increasing importance to the side has been rewarded with a hefty new deal.

According to The Telegraph, the deal sees the Reds’ No.9 earning £180,000 a week, the same as former Liverpool captain Steven Gerrard and the highest paid to a player since he departed.

Mohamed Salah is also in line for a new deal in the summer, and is likely to overtake that figure come the start of next season.

Firmino's new contract ties him to the club for five years, expiring in 2023, when he will be 31. This means Liverpool supporters will get to enjoy the flashy Brazilian during his prime years.

Firmino told Liverpoolfc.com: “It was an easy decision.

“The club have taken me in in an incredible way and I’ve grown a lot here with my work with the support of the whole team. I am very, very happy here.

“Everything fits in the best possible way. My teammates are fantastic and I am very grateful to be able to play with them at this club.

“I love to play for Liverpool FC. The fans are excellent and fantastic in how they support us all the way. They support us throughout the games and the work they do during the match is beautiful.”

Liverpool supporters demanded an out-and-out striker at the start of the season, believing the Reds' attacking options may be too thin up front.

However, the Brazilian has ended all doubts as he continues to grow in to one of Europe's most lethal strikers, with his all round game adding a new dimension to Klopp's side.