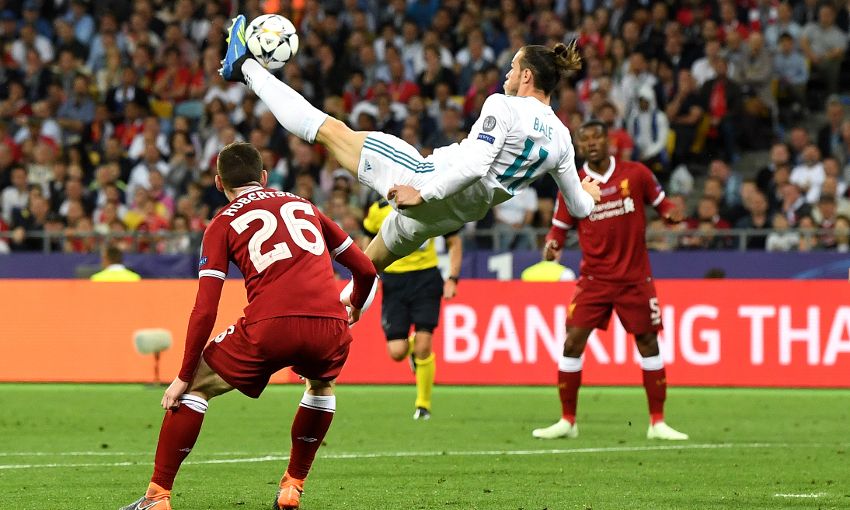 Liverpool endured heartbreak in the Champions League final as they were beaten 3-1 by Real Madrid in Kiev on Saturday.

Despite Jurgen Klopp’s side beginning the contest as the dominant side, Mohamed Salah’s substitution after just 30 minutes changed the nature of the tie. Liverpool’s talisman was forced off with a suspected dislocated shoulder after a robust challenge from Sergio Ramos.

The Reds soaked up some pressure towards the end of the first half as they entered the break level. However, they conceded in peculiar fashion just after the restart. Karim Benzema read Loris Karius’ attempted throw to poke the ball over the line.

Sadio Mane soon equalised from close range when he met Dejan Lovren’s glance across goal from a corner. However, Real went ahead when substitute Gareth Bale scored a sensational scissor kick that stunned supporters in Kiev.

The Welshman went on to score again after Karius’ second howler of the game. Bale sent a well-struck shot straight at the German, only for Karius to fumble as the ball goes past him.

Real are crowned winners of the trophy for a third successive season, meanwhile for Reds manager Klopp, it is his second European final defeat at Liverpool and his third overall.

Liverpool started the game well with Salah looking exceptionally solid in his touch with some delightful pass combinations as the Reds threatened. 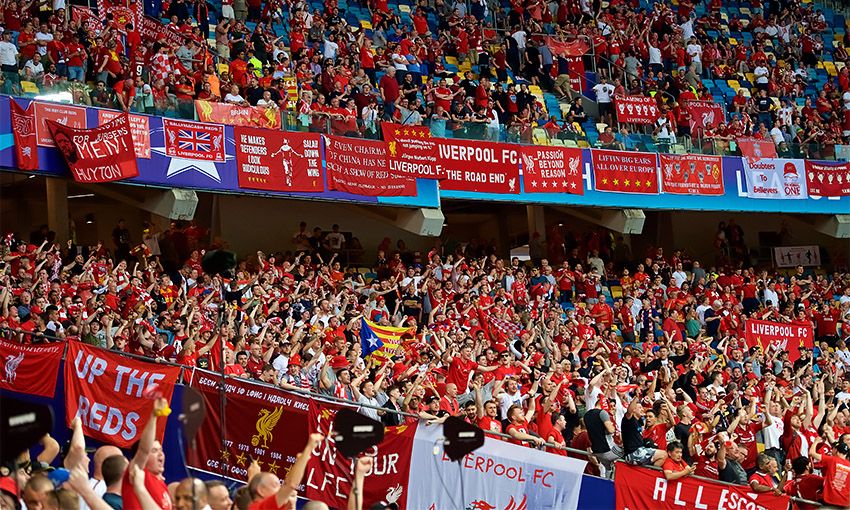 Gini Wijnaldum saw his long-range effort being blocked by Raphael Varane before a free-kick routing involving Salah and James Milner also had the same end.

Cristiano Ronaldo briefly threatened after a quiet start, running into space inside the area, as he fired over the crossbar from a tight angle, when a pass looked a better option.

Salah’s corner was then met by Virgil van Dijk, who beat the shaky Keylor Navas, only for the ball to loop over the crossbar.

The Reds then came closest to taking the lead when Milner smartly cut the ball back to Roberto Firmino in the box. The Brazilian’s turn and shot was blocked by Ramos. The rebound fell to Trent Alexander-Arnold, who forced Navas in to a quick save with a low smash towards goal.

In perhaps what was the most pivotal moment of the night, Salah - in tears - was forced into leaving the field after a previous challenge with Ramos. 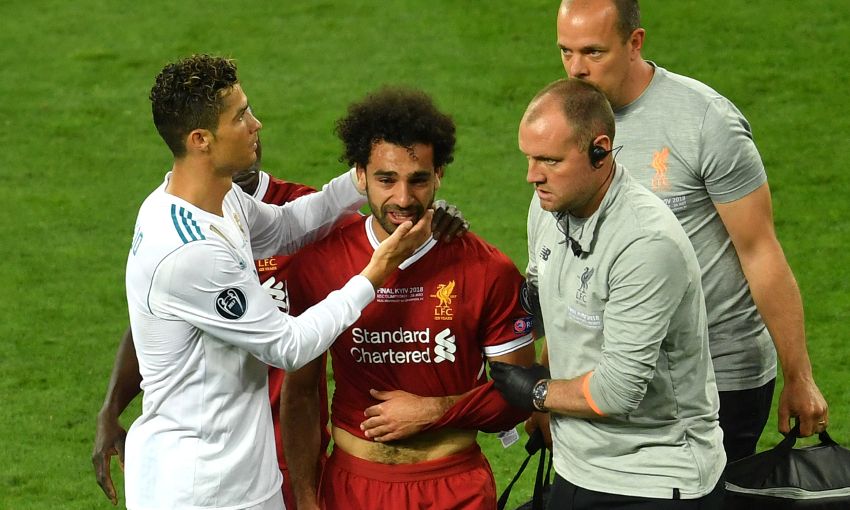 The Real defender entered a tussle with Salah, as he pinned his shoulder and fell to the floor on the Egyptian winger who was in clear pain.

Adam Lallana came on to replace him, as the tide of game began to change in the Spanish side’s favour. Minutes later, right-back Daniel Carvajal was forced off with a hamstring injury, in similar distraught fashion to Salah, with Nacho coming on in his place.

Real then thought they had taken the lead when Benzema scored a rebound off Karius’s close-range save from a Ronaldo header. However, the assistant referee adjudged it to be rightly offside as the two sides entered the break level.

The break came at the right moment for the Reds, who needed to regain some momentum and attacking verve following Salah’s departure.

However, Real started the half better as Isco’s looping shot past Karius hit the crossbar after a defensive mix-up between the Liverpool defence. 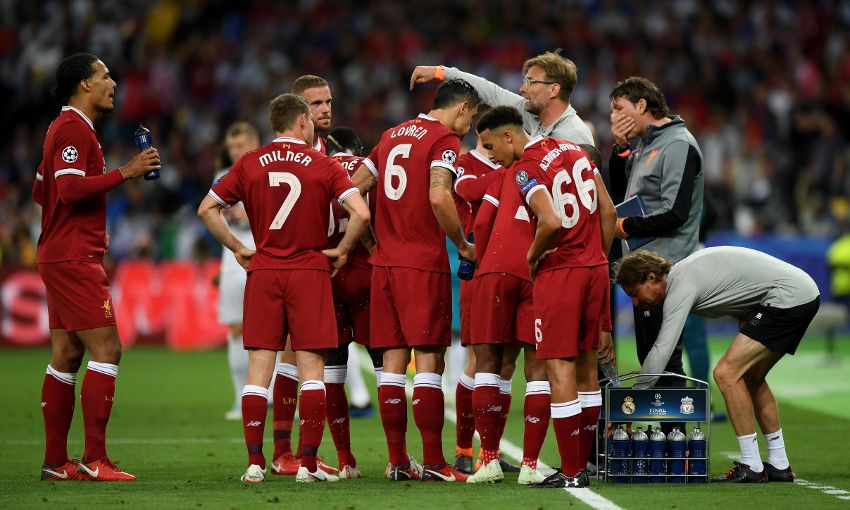 Zinedine Zidane’s side then went ahead in a horror moment from Liverpool’s perspective as Karius’s attempted throw was read by Benzema, who poked the ball across the line

But Liverpool didn’t stay behind for too long as they equalised just four minutes later. Lovren met a Milner corner with his head as he glanced towards goal, where Mane was stood to finish from close-range.

Isco saw his shot saved by Karius moments later who denied the Spaniard on the turn. Real did see the better of the German minutes later when substitute Gareth Bale scored a sensational overhead kick to crash the ball into the back of the net.

Mane came closest to putting the Reds level, as he hit the post from a low drive from the edge of the area before Ronaldo was clean through on goal, only for Andy Robertson to magnificently intercept the Portuguese star. 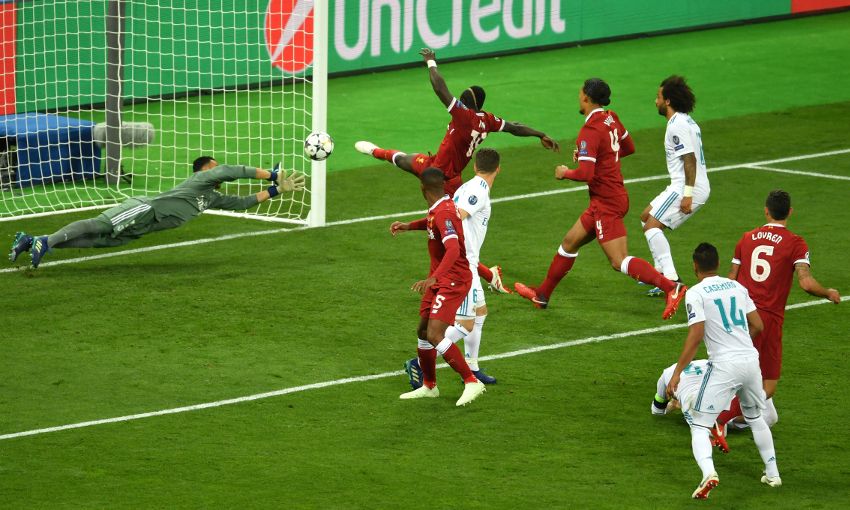 However Bale’s long-range effort eluded Karius as the ball spun from his gloves and over the line as Liverpool’s sensational Champions League campaign came to a tearful ending.