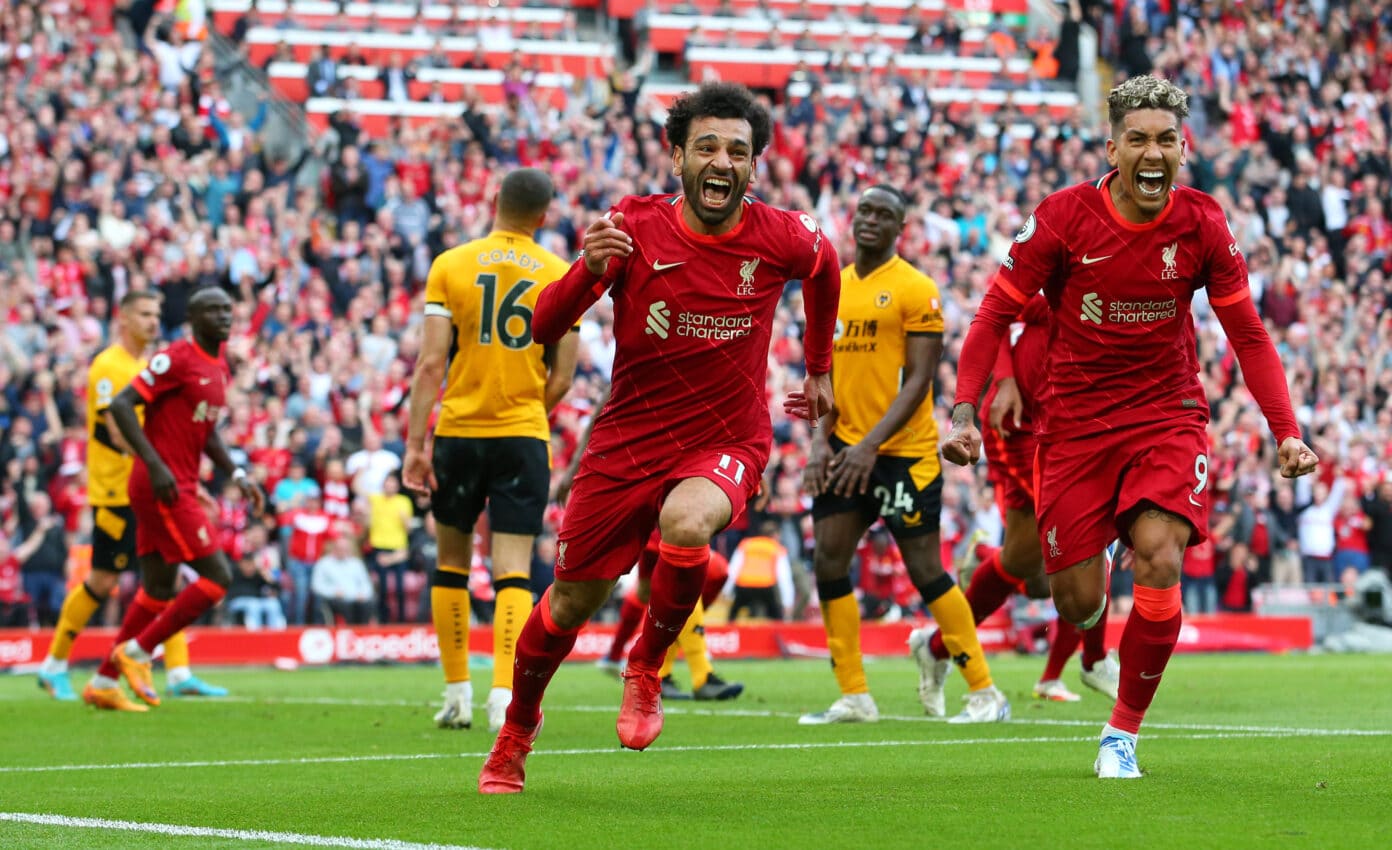 Mohamed Salah has been one of the most prolific players in the Liverpool lineup since joining the Reds in 2017. He has made 256 appearances for Liverpool while earning numerous distinctions for club and country throughout his storied career.

Salah is the Egyptian skipper and he has led the African Nation’s rise to prominence on the world stage. Salah made his international debut in 2011, helping Egypt qualify for the African Cup of Nations. He has 43 goals in 46 appearances for his country. Salah is affectionately known as “The Pharaoh of Egyptian football”, as he is regarded as the best player the country has ever produced. Salah led Egypt to the 2018 World Cup in Russia and reached the African Cup of Nations Final in 2021, but lost to Senegal and Liverpool teammate Sadio Mané in a penalty shootout.

Salah began his career with Egyptian Club Al Mokawloon in 2010, but really began to emerge on the scene when he led Swiss side FC Basel to a pair of Super League Titles in 2012 and 2013. He then made the jump to the EPL in 2014, joining Chelsea.

While with Chelsea, Salah played on loan with Italian clubs Fiorentina and Roma, helping Roma to a title in 2017. Salah came back to the EPL in 2017 joining the Reds and quickly became a central figure in the club’s success in recent years. Salah made an immediate impact when he arrived at Anfield, scoring an impressive 44 goals in his debut campaign for the Reds, earning him the Professional Footballers Association Player of the Year and Football Writers Association Footballer of the Year.

Salah was also Liverpool’s leading goal scorer in 2018 and 2020, helping Liverpool capture the FIFA Club World Cup and Premier League titles. In October of 2020, Salah became just the 17th player in Liverpool’s history to score 100 goals while with the club. In 2021, Salah celebrated his 200th career appearance for the Reds with a goal in a 4-2 away win versus Manchester United.

Salah showed no signs of slowing down in the 2021-22 season, earning the club’s Player of the Season on June 8th. He was chosen by vote from supporters and the Forever Red Association, which is comprised of former Liverpool players.

The honor is well-deserved. Salah led the club with 31 strikes to go with 15 assists during the recent campaign. He also won his third Golden Boot to go with the Football Writers' Association Footballer of the Year for 2022 and PFA Fans' Player of the Year. Salah now has 156 goals in his Liverpool career, placing him 9th on the club’s all-time scoring list.

Salah is under contract with Liverpool through 2023, but Reds’ supporters worldwide hope he stays at Anfield for a long time to come.