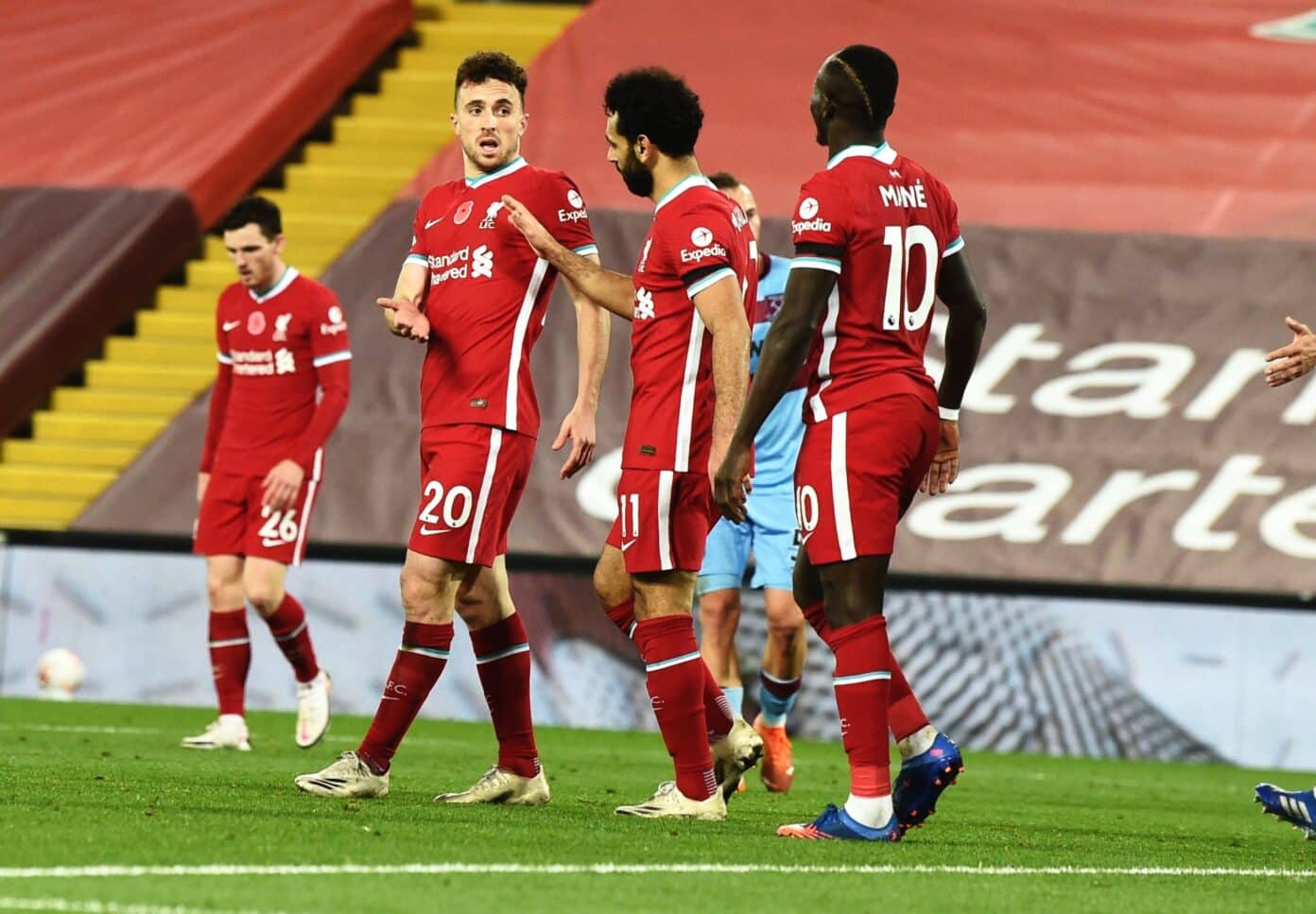 Diogo Jota insisted he is eager to contribute regardless of whether he starts or comes on as a substitute after netting Liverpool's winner against West Ham.

The Reds beat David Moyes' side 2-1 after coming from a goal behind, with Jota leading Liverpool to victory after coming on as a substitute in the second half.

The Hammers took the lead early on thanks to Pablo Fornals, before Mohamed Salah's penalty drew the otherwise-lacklustre Reds level.

Jota came on from the bench for Roberto Firmino with 20 minutes left and changed the game for the Reds alongside fellow substitute Xherdan Shaqiri.

Despite having a goal ruled out for a foul by Sadio Mane - following a direct run by Jota into West Ham's box - the Portuguese displayed composure to combine with Shaqiri and slot the Reds' winner five minutes from time.

It was a sparkling display from the Reds' summer signing, who netted his third consecutive goal following a winner against Sheffield United and a close-range effort against Midtjylland earlier this week.

While he was named on the bench for this fixture, Jota insisted that has no bearing on his attitude or outlook as he reiterated the importance of the collective.

"Look, I played two games in the starting XI before this one. This is a team. The manager chooses the XI and then we just need to do our job," he said.

He continued: "It means a lot, of course. [I was] always on the bench seeing the game and thinking about what I could do differently to unlock the result.

Diogo Jota on if he is pushing to get into the Liverpool first team@DiogoJota18 pic.twitter.com/0O4Hpqeqwm

"Fortunately, I did two goals, just one counted but in the end, we got the victory. The most important [thing] was the win and we just want to keep winning games."

Asked what instructions Klopp gave to him before the substitution, Jota said: “To be lively. Of course, with the game time the other team gets tired, so we need to do movement, movement.

“Fortunately, in the end I got the space, a great pass from Shaq and I could score.”

About his disallowed goal, which was ruled out due to a foul by Sadio Mane on goalkeeper Lukasz Fabianski, Jota believes it was an innocuous coming together.

"I didn’t see anything suspicious, but that’s football now. We need to wait," he said.