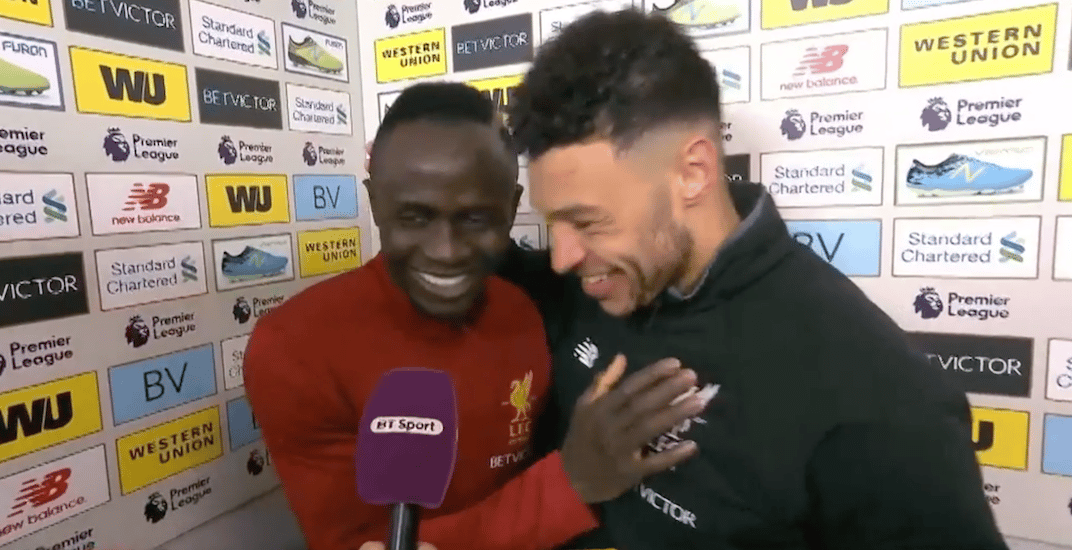 Mohamed Salah was on target yet again as the Egyptian international finished well after being played in by Oxlade-Chamberlain following some good work from the English midfielder.

Liverpool made it 2-0 shortly after half-time as Sadio Mane fired home after being found by a superb through-ball from Roberto Firmino following some great play from the Reds.

Jurgen Klopp’s men continued to dominate and had chances to further enhance the score-line but they settled for two as they eased to a comfortable victory.

Following the match, Des Kelly, the interviewer, handed the trophy to Mane to present to Oxlade-Chamberlain. However the former Arsenal man thought his teammate deserved the award, and ended up apologising to the winger.

Watch the full interview below.