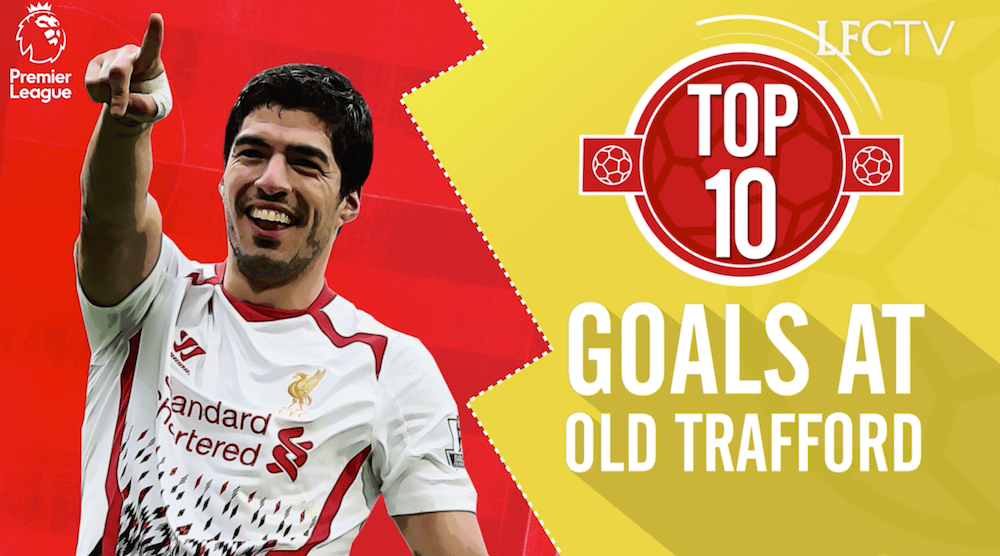 Ahead of Liverpool's crucial visit to face Manchester United on Saturday lunch-time, LFC TV counts down the top 10 Liverpool goals scored at Old Trafford in the Premier League.

Cantona - on his return for United - did have an impact on the score line, however it was Fowler’s world-class double which silenced the Old Trafford faithful.

His first was an unstoppable strike from a tight angle past goalkeeper Peter Schmeichel, whilst his second was a sublime chip after going shoulder-to-shoulder with Gary Neville.

Fabio Aurelio put victory in sight with a clinical free kick, putting the Reds 3-1 up at Old Trafford after goals from Steven Gerrard and Fernando Torres.

Andrea Dossena then put the cherry on top with a cool lob as the Reds looked to challenge Manchester United for the title.

Manchester United had won their last nine games on the bounce and Liverpool were in shocking form, however the occasion brought the best of a Liverpool side led by Phil Thompson, due to Gerard Houllier's heart problems.

The Reds battled hard to keep United at bay during an intense affair, but five minutes from time Murphy latched onto Steven Gerrard's pass to delicately lob Fabien Barthez and send the travelling Liverpool support back to Merseyside with a big smile on their face.

Patrik Berger's 30-yard free kick had given Liverpool a 27th-minute lead in the Premier League clash that was billed as a title decider.

However Ole Gunnar Solksjaer scored an equaliser deep in first half stoppage time - in controversial circumstances.

The Norwegian had escaped punishment for a high challenge on Liverpool's Sami Hyypia and scored whilst the Finnish defender was off the pitch receiving treatment.

In what was one of our finest Premier League results, Liverpool thrashed Manchester United thanks to a brilliant performance. Fernando Torres, in particular was in fine form for Rafa Benitez's side.

Ronaldo opened the scoring from the penalty spot. Torres equalised with a cool finish - tearing the United backline (and in particular Nemanja Vidic) to pieces, as Gerrard was brought down in the penalty area and scored the ensuing penalty with aplomb.

The Reds went on to win 4-1 thanks to goals from Fabio Aurelio (above) and unlikely goalscorer Andrea Dossena.