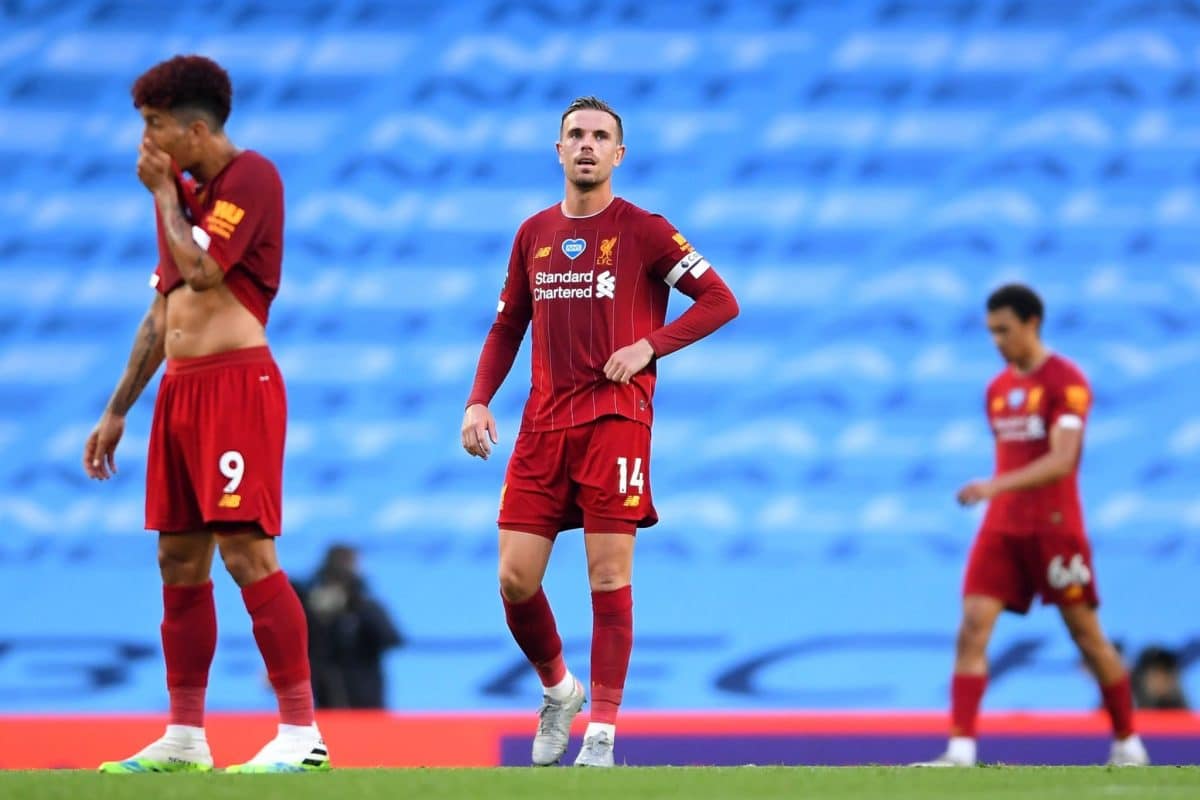 Liverpool were hoping to show exactly why they are Premier League champions, but it wasn't to be as last year's winners made a statement with a 4-0 win.

First-half goals from Kevin de Bruyne, Raheem Sterling and Phil Foden plus an own-goal from Alex Oxlade-Chamberlain in the second-half saw Jurgen Klopp's side fall to just their second defeat all season. 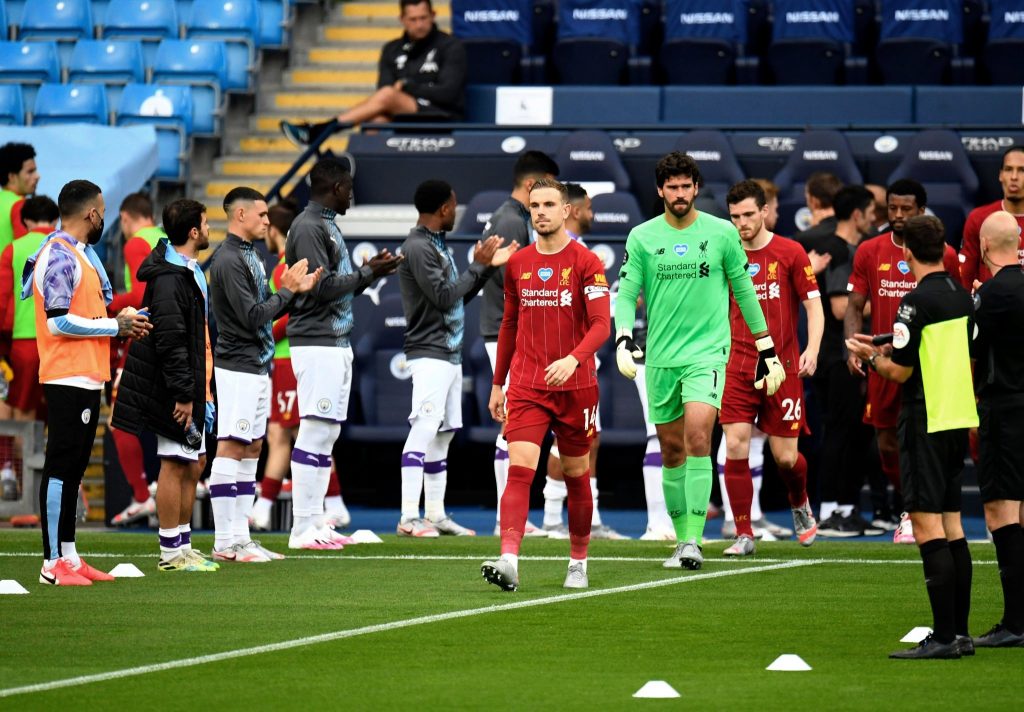 It was an eventful start to proceedings as both sides looked to push up against each other and begin on the front foot.

Gabriel Jesus appeared to beat the offside trap as he slotted the ball into the back of the net inside the first three minutes. But the linesman rightly flagged, with replays showing Jesus veering too far ahead of the Reds' back-line.

Liverpool could have taken the lead a few minutes later as Mohamed Salah latched on to Virgil van Dijk's long ball. His half-volley was saved by Ederson, with Roberto Firmino unable to get any power on his rebound effort.

The champions were impressive in attack, with Salah and Sadio Mane both finding space in behind. Salah looked particularly threatening as he had another chance to put the Reds ahead. He dribbled towards the box and looked to powerfully finish into the bottom corner, only for the ball to crash against the post.

But City were the ones to go ahead in the 24th minute after Joe Gomez brought Raheem Sterling down in the penalty box after grabbing at the winger. Kevin de Bruyne stepped up and converted the spot-kick to make it 1-0 to the home side by sending Alisson the wrong way. 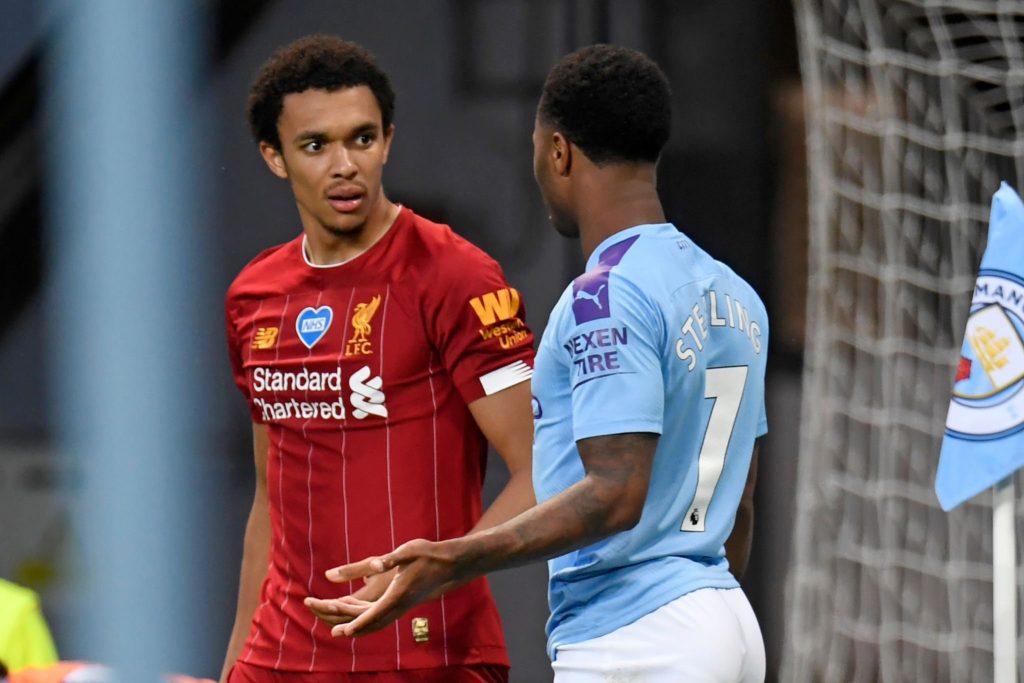 Liverpool weren't clinical enough with their chances, but City were. They doubled their advantage ten minutes later as Phil Foden slipped in Sterling, who got the better of Gomez again and finished from close-range.

The Reds failed to build any momentum for the remainder of the half and fell further behind as Foden played a give-and-go with de Bruyne and got behind Andy Robertson to lift the ball over Alisson and make it 3-0.

Mane had an excellent opportunity after Henderson played him in from close-range, but the Reds winger failed to collect the ball in his path as another chance went begging.

Naby Keita and Divock Origi came on in place of Wijnaldum and Firmino at the stroke of the hour as Klopp looked to add some attacking impetus to his side.

But it was City that went further ahead as Sterling received a pass from de Bruyne and shot just wide of the goal, with Oxlade-Chamberlain's attempted block inadvertently putting Sterling's effort into the back of the net.

Substitute Riyad Mahrez added a fifth to put the icing on the cake in the final seconds but the goal was disallowed for handball in the build-up.

It was a rare off-day for the league champions, but one they can now afford. The hope will be they can return to winning ways against Aston Villa at the weekend to set them up for a strong finish to the season.

Disclaimer: Man City vs Liverpool highlights, goals and full-match videos are provided and hosted by external sources. We help you discover publicly available material and act as a search engine. We do not host or upload this material and are not responsible for the content.