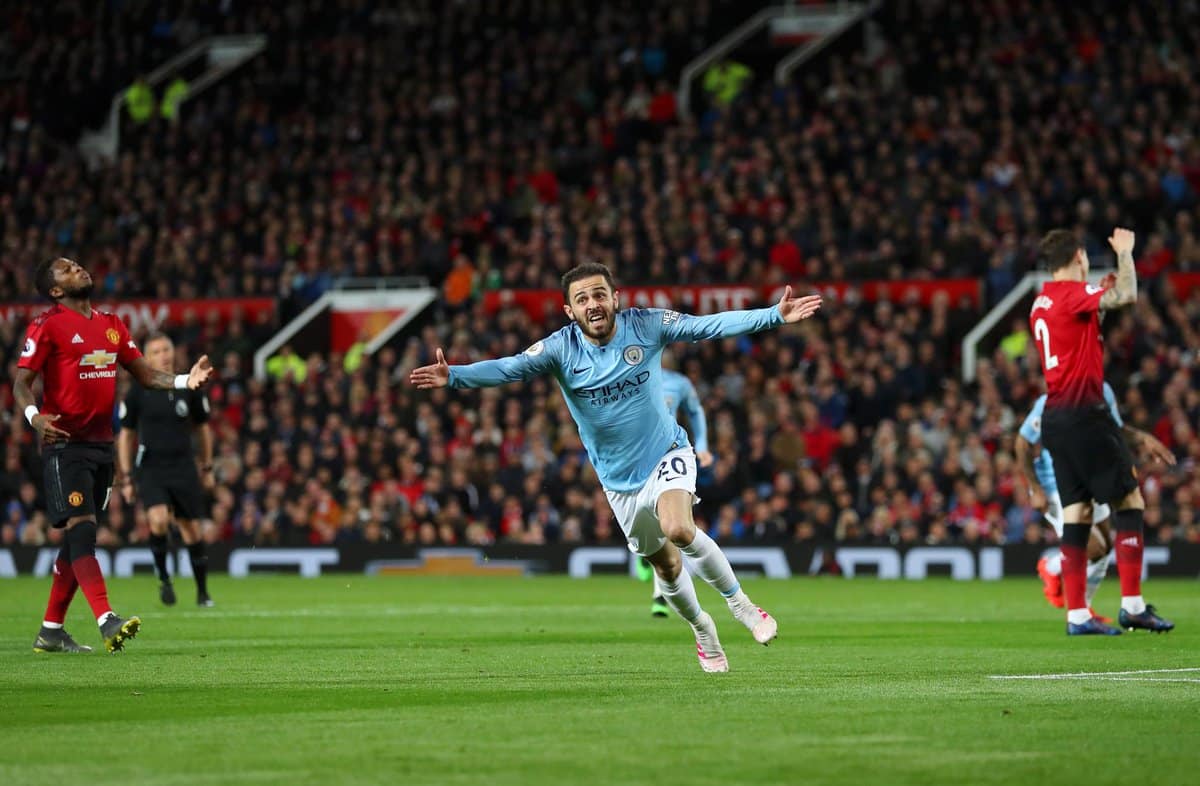 Man United vs Man City highlights - Pep Guardiola's side went to the top of the Premier League with victory over their local rivals on Wednesday.

Manchester City took a huge step in the race for the Premier League title after beating Ole Gunnar Solskjaer's Manchester United side at Old Trafford.

United started the game well and looked dangerous in attack, however City played themselves in to the game and looked on top before half-time.

They were rewarded with the break-through goal less than ten minutes after the break as Bernardo Silva cut in and placed a low effort in to the back of the net.

Whilst United responded well and could have equalised via forward Jesse Lingard, it was City that doubled their advantage with 25 minutes to go.

Leroy Sane, who came on for the injured Fernandinho, found acres of space on the left and sent a strike towards David de Gea, who made a meal of the shot to see City seal a 2-0 win.

It is a disappointing result for Liverpool, who face Huddersfield on Friday night and are now a point behind Guardiola's side with three league games left.