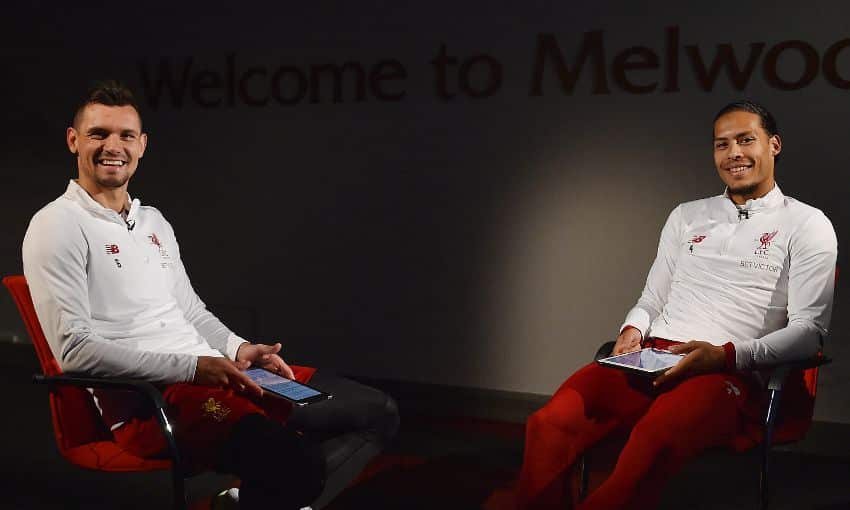 Liverpool take on United in the lunchtime kick-off, hoping to leapfrog Jose Mourinho's side in the Premier League table and move into second position, behind frontrunners Manchester City.

Klopp's Liverpool side visit Old Trafford on the back of a seven-match unbeaten run that has also included five clean sheets, with Van Dijk and Lovren essential to their successful run.

“I’ve not been here for long, but I feel like we can beat anyone,” Van Dijk said.

“I’m looking forward to it a lot. I’ve been hearing so many stories about the game, about how big this game is. If you look at the table at the moment, it’s a massive game for both of us, the fans and all the people around the world who’ll watch the game.

“I’m definitely looking forward to it and I can’t wait for it to start.

“It’s massive – the reactions I’ve had already from fans, [I know] it’s such a big game," he explained. "I feel that already, and have for the last few weeks.

“If you look at the table, you’ll see the number two spot is very important for both of us. We want to win the game – just like the fans, we want to do everything that’s possible to win it. I know that definitely how important it is for our fans.

“I’ve played in the Old Firm derby and that was very special - now I’m definitely looking forward to this game and seeing how the atmosphere is.”

Lovren himself highlighted the confidence within the squad and said the Reds will look to attack on Saturday, rather than accepting a point.

“At the moment, when you see the run we’re on - we’ve had fantastic results over the last six or seven games with four or five clean sheets - I think everyone within the squad feels comfortable and full of confidence,” the Croatia international said.

“When you see in recent years when we’ve played against Manchester United there, we’ve had some good results - but you never know. It’s always a big game, so you never know what to expect, but at the moment we feel ready.

“When you look, we still have nine league games to play and everything is open. There will definitely be still chances - but we will not go there and just sit back. We are an attacking team and I am really confident we can take something.”