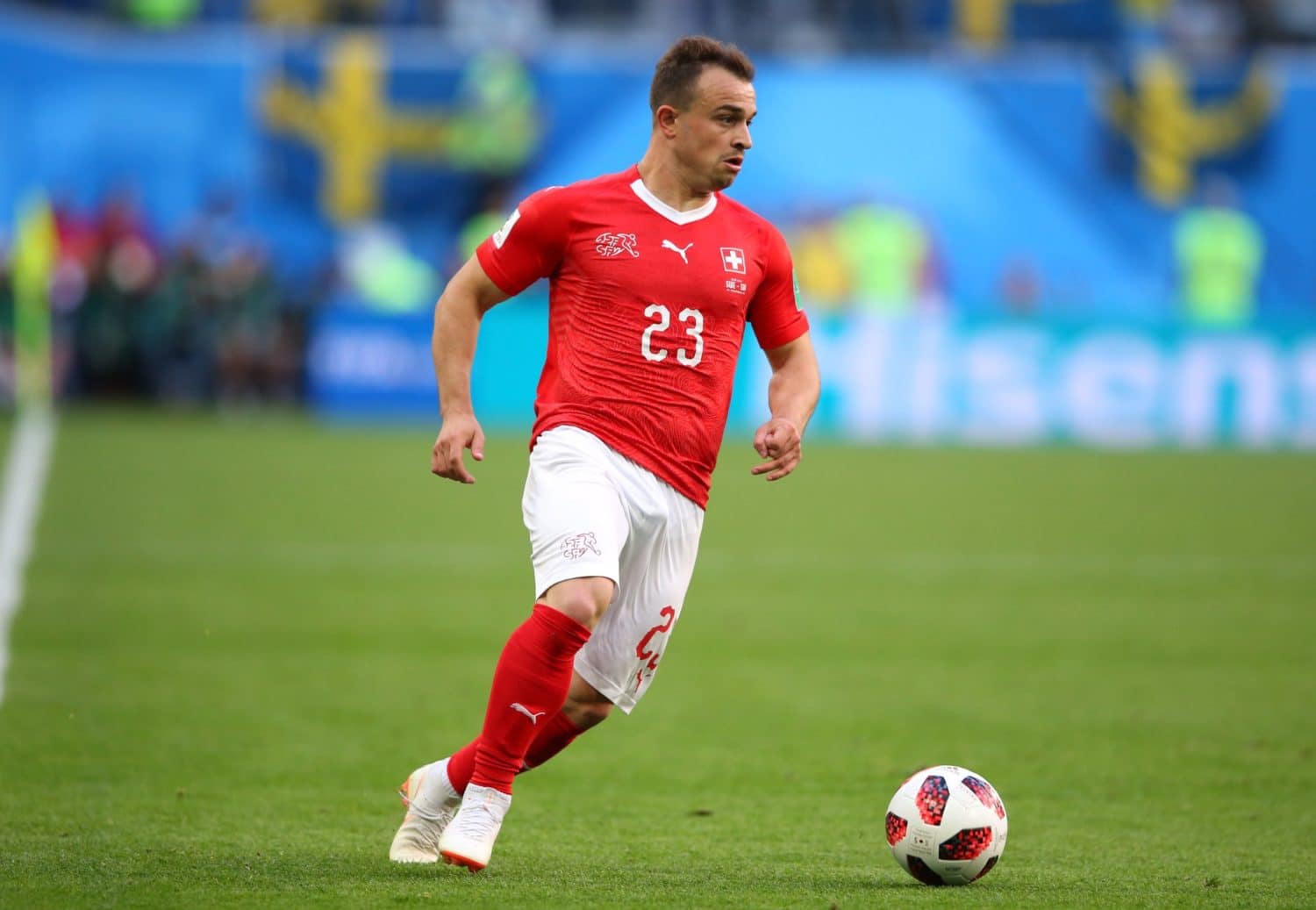 Liverpool winger Xherdan Shaqiri produced a fantastic display for Switzerland as they thrashed Iceland 6-0 in the Uefa Nations League.

The summer Liverpool arrival was the best player on the pitch as he scored one and had a hand in two others as Switzerland made a perfect start to their Group A2 campaign.

Shaqiri was a constant menace and produced some excellent set-pieces, with Seferovic and Zakaria's goals coming following the former Stoke player's free-kicks, whilst he played a part in Mehmedi's late strike.

It's 2 for Switzerland! 🇨🇭@LFC's @XS_11official whips in a teasing ball and it falls to Zakaria who taps it in! ⚽

The number 23 got his name on the scoresheet as his free-kick clinched goal number three for the Swiss.

It's 3 for Switzerland! ⚽⚽⚽@XS_11official whips in another dangerous cross and it glances off Bjarnason and into his own net! 🙈

Switzerland next face England for a friendly fixture at the King Power Stadium in Leicester on Tuesday, before Shaqiri makes the short trip back to Liverpool.

His performance has got many Liverpool fans talking on social media and it's fair to say that many are very excited to see what he can bring to their side, potentially against Tottenham after the international break.

Want Shaqiri to start against spurs

Shaqiri had a stellar performance playing in a #10 role for Switzerland today vs. Iceland. Excellent (as always) on set pieces and amazing creative link-up play up front. That day is not far when we get to see him play in a similar role for us, possibly behind our front 3. #Beast pic.twitter.com/fLiB9crCmh

Liverpool signed Shaqiri from the Potters for £13m in July, however he has yet to start for Jurgen Klopp's side in a competitive game this season.