Liverpool U19 2-0 Manchester United U19 - Highlights 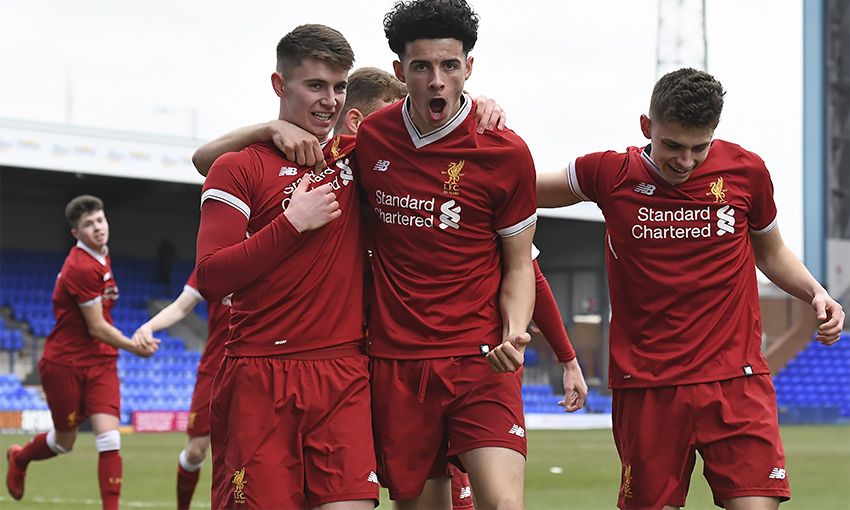 Watch extended highlights of Liverpool's under-19 side, led by Steven Gerrard, up against Manchester United in the UEFA Youth League, as the Reds ran out 2-0 winners.

Following the game, Gerrard - who is in his first season as manager - praised his Liverpool U19s side for the ‘perfect execution’ of their game plan in Wednesday’s 2-0 win.

The young Reds advanced to the quarter-finals, where they face Manchester City, thanks to Ben Woodburn’s early header and a stunning strike late on from substitute Rafael Camacho.

“It feels good. It feels good to coach this team and certainly to beat one of our big rivals in the last 16 of a massive competition,” Gerrard said.

“It feels good, but the players deserve the credit. They’ve had two or three days to prepare for this game on the back of big fixtures in the weekend just gone and they’ve carried out the game plan very, very well.

“[There were] Some superb individual performances within that, but I think it’s important to create a team and a squad. Our substitute came on and gave us that breathing space by finishing the game off.

“I’m proud of the lads and so are Critch and all the staff because we’ve given them a lot of information and messages over the last couple of days and they’ve taken it in, soaked it up, and put in such a mature performance.”