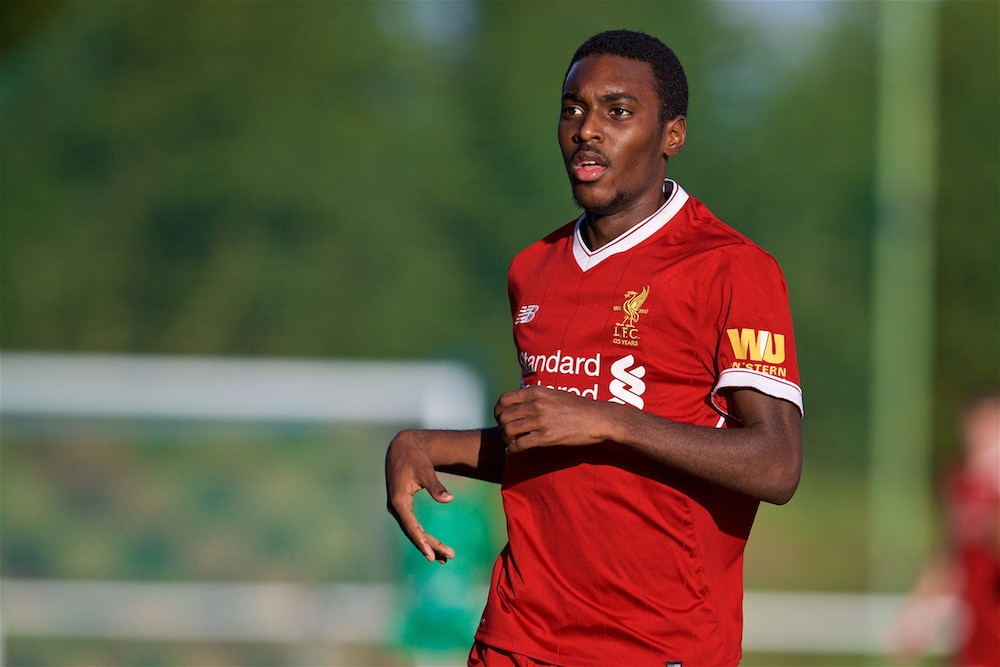 Watch all the goals below.

Camacho's 13th goal of an impressive season so far put the Reds ahead on 12 minutes, with a stunning strike finding the back of the Boro net.

Lewis, who earned an England under-19 call-up this week, put Steven Gerrard's side 2-0 ahead shortly after the half hour mark.

The youngster was involved again as his corner at the beginning of the second half was converted by midfielder Curtis Jones to ensure Boro had no way back in to the game.

Camacho, who was always at the centre of Liverpool's attacking play alongside Lewis, then set up Brookwell, who calmly slotted away his second goal in as many games following a break in to the area.

Lewis added another assist in the 83rd minute as his cross was headed home by centre-half Rhys Williams.

Jones sealed victory for the U18s in injury time with a brilliant solo effort - his second of the day - to make it 6-0 to Liverpool. The Reds midfielder has made 27 appearances this season, scoring 18 goals and assisting six in the process.

Gerrard's Liverpool side will next travel to Manchester City on the 28th as they look to make up ground on Manchester United, who have played two games more and sit 7 points ahead at the top of the Premier League U18 table.