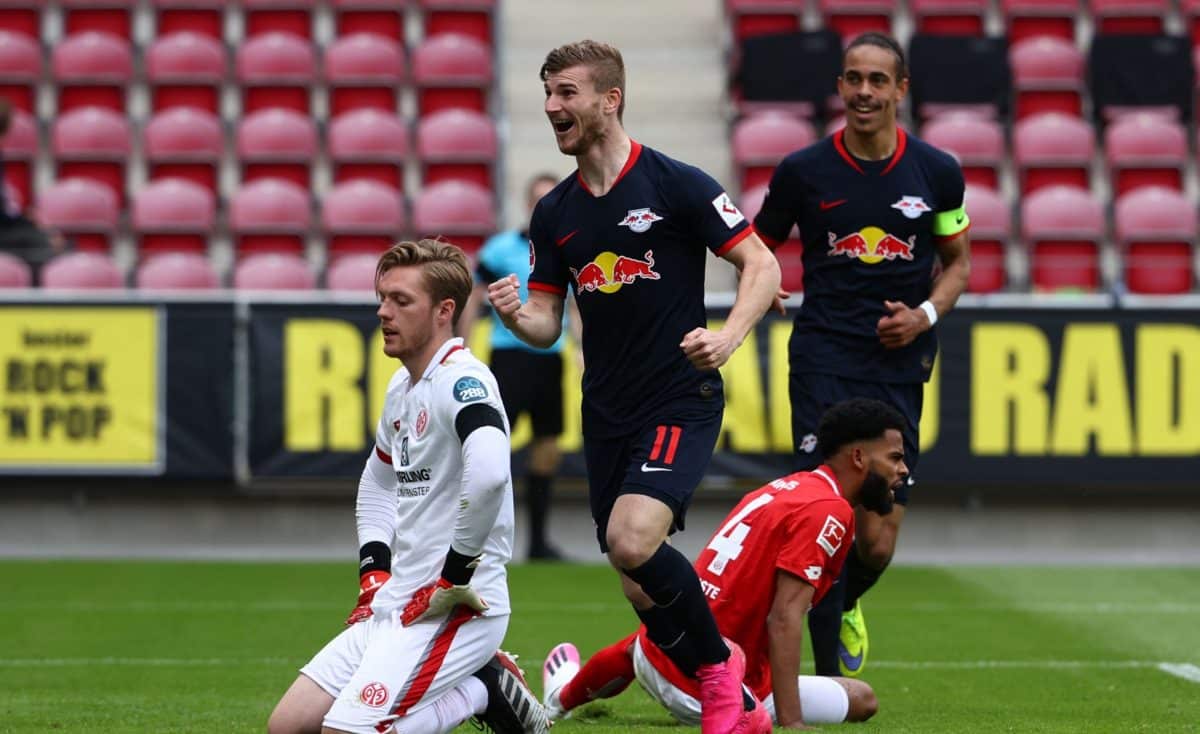 Liverpool target Timo Werner took his tally to 30 goals for the season after notching a hat-trick against Mainz.

The Reds have been linked with Werner for the best part of a year, with the Leipzig forward gaining a reputation for being one of the most lethal attackers in Europe.

The 24-year-old has already bettered his return of 19 goals in 37 games last season as he notched again on Sunday evening, scoring a second hat-trick this season against Mainz in the Bundesliga.

Werner slotted the ball into the back of the net with a cool finish after just 10 minutes as he made a good run towards the front post and latched on to Konrad Laimer's low ball.

He scored again just after the break to put Leipzig 4-0 ahead as he led the initial counter-attack and finished the move off, with Kevin Kampl doing brilliantly to set Werner up, who was waiting unmarked for the tap-in.

Ok, @RBLeipzig_EN are a problem!

Werner clinched his hat-trick 15 minutes from time as he made one of his characteristics runs behind the defence and slotted past the goalkeeper with ease.

And there it is! Timo Werner has his hat-trick ⚽️⚽️⚽️

It takes his tally to 30 goals from 38 games in all competitions this season, with Werner once again showing why Jurgen Klopp is so highly interested in bringing him to Anfield.

The German international was firmly on Liverpool's transfer list this summer, with moves expected for him and French midfielder Houssem Aouar, according to the Mirror's David Maddock.

However, with the coronavirus pandemic wreaking financial havoc on several clubs, there is an expectation that some planned transfers may not go ahead as sides look to ride out the current crisis.

Liverpool's move for Werner may be one of them, with Maddock further claiming the Reds may enforce a no-spend policy during this summer, instead choosing to defer transfers to next year. 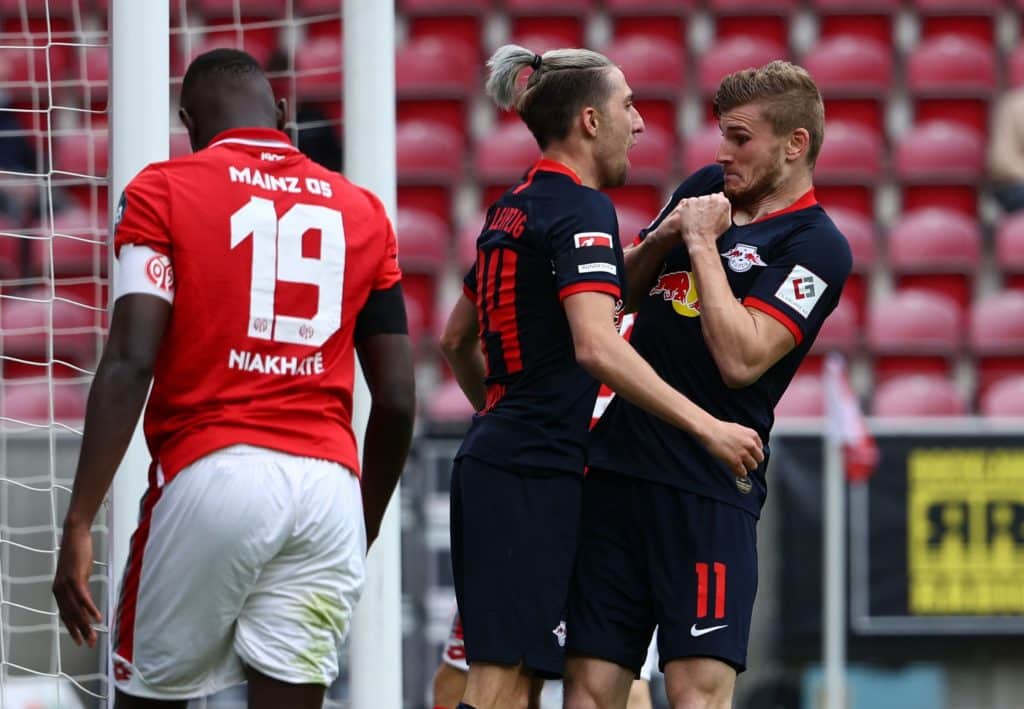 Although, it does feel like a matter of when, not if, Liverpool sign Werner. Per the Athletic's senior journalist David Ornstein, Werner has his heart set on a move to Liverpool, whether that be this year or next.

Ornstein also claims Klopp has personally spoken to Werner regarding a potential move and where he would fit in, with the German international keen to make the switch.

The report claims Liverpool would be more willing to make a move next year, with Werner's release clause reported to fall from €60m this year to €40m in 2021.

Ornstein and Maddock's reports suggest Liverpool would prefer to ride out the current crisis before spending a significant outlay on Werner. However, journalist Simon Hughes suggested their reported stance could be “a bit of a tactic.”

“The message coming back to us from Liverpool at the moment is taking stock of how this is going to impact on the financial world they operate in,” he said.

“It will be quite interesting to see if this a bit of a tactic from Liverpool because if it seems to Leipzig that Liverpool are less interested it might drive down the fee a little bit more.

“Nobody really knows yet how this is going to impact on player values and clearly Liverpool have tried to negotiate around asking prices with Leipzig before for Naby Keita, so we will see.

“The detail about Klopp having some correspondence with him was pretty telling really, because he doesn’t go out of his way for players he doesn’t want.”

Considering all the talk over the past few weeks, it appears Werner joining Liverpool is a certainty. However, how and when football returns in England is likely to dictate when the Reds make their move.

Meanwhile, BT Sport pundit Owen Hargreaves, who is covering the Bundesliga's coverage, explained how Liverpool could be a match made in heaven for Werner as he likened his game to former Liverpool striker Fernando Torres. 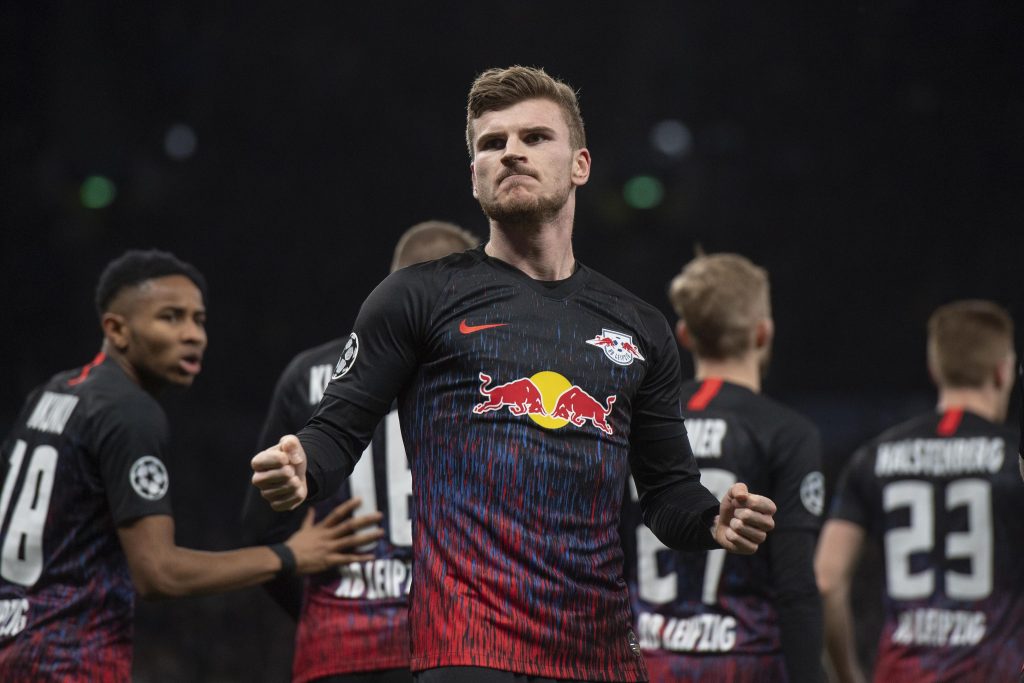 “I think Timo Werner is going to score goals wherever he goes, but I believe his decision will come down to personnel,” the BT Sport pundit said.

“Timo will now be doing his homework on who will be a good fit for his game. We saw this with Fernando Torres when he left Liverpool. The way they played – an incredibly defensive team with Stevie Gerrard playing those balls through the middle.

“It was a match made in heaven. Then Torres went to Chelsea, a team that had a lot of slow possession and there was no space for him to run into.

“In the end, that’s not a great fit. Fernando was a super player and Chelsea were a super team – but you have got to play to a player’s strengths.

“I think Timo Werner is that type, the Fernando Torres type, where he is super explosive. He will run away from anyone. Having that ability to run in behind and into that space, it would suit his game – and Liverpool can do that.

“They counter and transition better than anyone. He would suit Liverpool.”