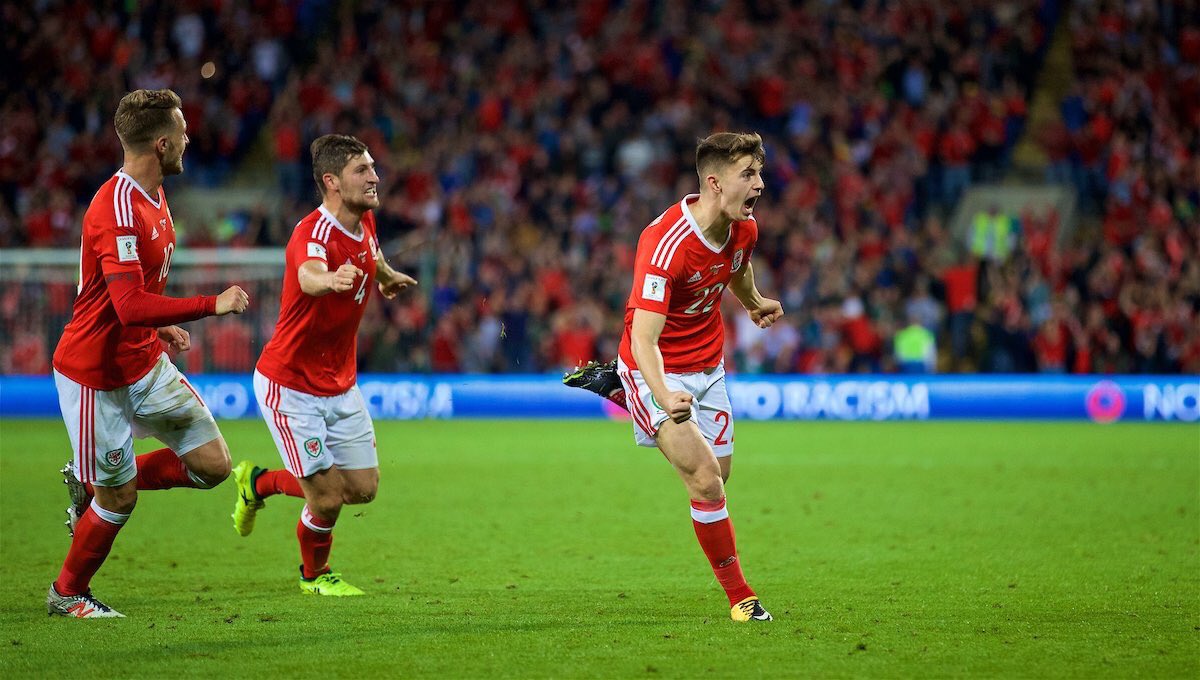 Liverpool are planning to reward the teenage star of the international break, Wales’ Ben Woodburn, with a new long-term contract within the next few weeks.

Woodburn turns 18 on October 15, at which point the Merseyside club will seek to secure his future for at least the next five years. An agreement is expected to be finalised swiftly with the youngster’s birthday approaching.

The 17-year-old is currently limited to a three year professional contract, which he signed 12 months ago. That is the maximum deal for first year professionals, but given Woodburn’s promise there was never a doubt Liverpool would be offering the youngster more lucrative terms.

Woodburn has demonstrated his rich potential with a sensational international break, revitalising the Welsh World Cup qualifying campaign with the winning goal against Austria, before inspiring another crucial win with the assist for Hal Robson-Kanu in Moldova on Tuesday night.

Although his club manager Jurgen Klopp was upset he had not been consulted about Woodburn’s initial call-up last season, his relationship with Wales is good. Chris Coleman’s assistant Osian Roberts visited Melwood at the end of last season, and Liverpool are happy with the sensible way the Welsh have handled their young talent.

Woodburn was a late substitute in both games, spared some of the more physically demanding challenges that caught the eye – particularly in Moldova.

Klopp never doubted Woodburn would have the talent to shine for his country at such a young age, although Coleman has suggested the German coach needed convincing.

“Jurgen Klopp felt it was a bit early for Ben but we’ve all got opinions which is what is great about football,” said Coleman. “I felt that if he was in the first team for Liverpool, which he is after scoring that great debut goal in-front of the Kop, then he was ready for us.

“We weren't going to start him in both games and play him for 90 minutes, we were going to be choosy with when we use him, but he’s a good young talent that’s for sure. “He’s used to working with really good defenders every day at Liverpool. There’s nothing that prepares you for a 90 minutes out there, it’s completely different. “He’s very young and we have to take it slow unless we’re forced to and then we’ll have to be careful.”

Woodburn is part of Klopp’s plans this season and will be offered game time, albeit his next starting appearance is likely to be in the Carabao Cup against Leicester City. There was no consideration of sending on loan this season as the Liverpool coach is overseeing his rapid development, which demonstrates how highly he is regarded.

Woodburn became Liverpool's youngest goalscover last season. In Wales, he is now a hero. But Coleman has warned about over-expectation as the teenager looks set for another key role in the final two qualifying games.

“These youngsters, even Ben Woodburn, have it all to do because I know how tough it is to stay at the top level in this industry,” said Coleman. “It gets harder, but he’s got a great attitude. Ethan Ampadu is a great kid too but these young boys have shown great promise.

"We have to protect Ben and give him guidance, hence why he didn't start. “We know he’s got the capacity to open a defence up, but we felt we had to protect him.”