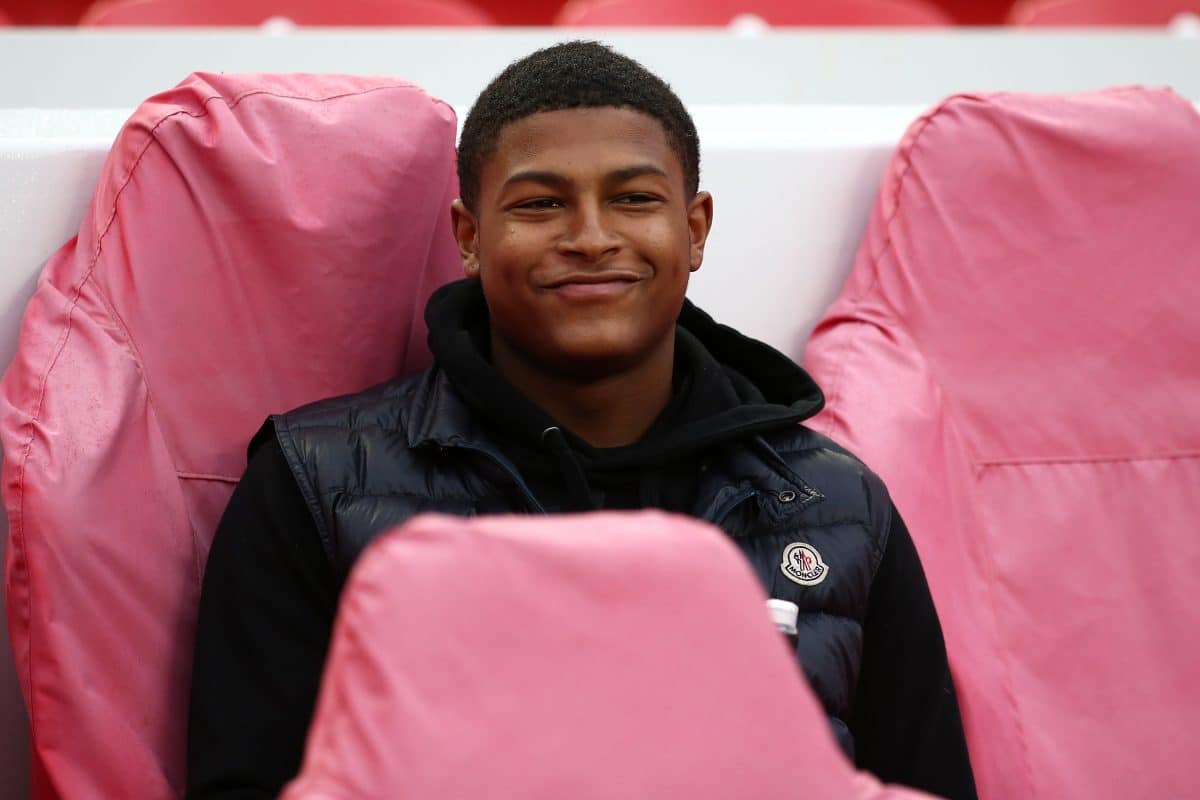 Crystal Palace have denied making a move for Liverpool striker Rhian Brewster after reports of a £25million bid on Monday.

The 20-year-old has come through the ranks at Liverpool, having joined the Academy from Chelsea back in 2015.

Brewster is highly-rated by the coaching staff at Melwood, who have often spoken about his unquestionable talent and attitude, which should see him reach the top.

However, he appears to be low down on Jurgen Klopp's pecking order for the upcoming season, with the likes of Takumi Minamino and new signing Diogo Jota ahead of him as options to deputise for Roberto Firmino.

There have been reports linking him with a loan move to Sheffield United, with manager Chris Wilder said to be keen on developing the youngster at Bramall Lane.

But a permanent move has also been mooted, with the Athletic's James Pearce and Sky Sports claiming a deal could be imminent.

Reports on Monday stated Crystal Palace have made an "official bid" with an initial fee of £19million, rising to £25million in add-ons.

It was also claimed the bid included a buy-back clause of £37million for the Reds, with Liverpool insistent they will only part ways with the youngster with the protection of one.

However, less than an hour after news broke of a potential deal, Crystal Palace CEO Steve Parish insisted the story was "a total fabrication from start to finish," insisting the Eagles "have not made a bid formal or informal"

While Sky Sports can be wide of the mark at times, Pearce is one of the most reliable Liverpool journalists and his insistence that the deal is "gathering pace," with "Palace prepared to pay £25m" goes at odds with Parish's comments.

A potential £25m fee would be a significant return for Liverpool, who have been harshly affected by the coronavirus pandemic and its financial ramifications.

Whilst they completed the signings of Thiago and Jota for a combined £70million (including add-ons), their initial outlay this year will be just a mere £9million after negotiating heavily-structured payment plans with both Bayern Munich and Wolves.

Brewster impressed during Liverpool's pre-season tour of Austria but missed a penalty in the Community Shield against Arsenal, which could be his last involvement for the club - at least for the foreseeable future.

A potential deal for Brewster could also influence Divock Origi's future at the club, with the Belgian looking to seal a move elsewhere in search of first-team football.

But as yet, there have been no suitors for the Reds' No.27 and, should Brewster leave, it's unlikely the club will be willing to let him go as well.

A deal for Brewster could be a shrewd bit of business from the Reds, who could use the fee to offset some of their losses while allowing Brewster to develop at a Premier League club, with the protection of a buy-back clause.

While there are concerns that Brewster may be unwilling to return to Anfield if he's moved on now, Klopp would undoubtedly have had numerous conversations with him to reiterate it's a temporary solution rather than a "goodbye."