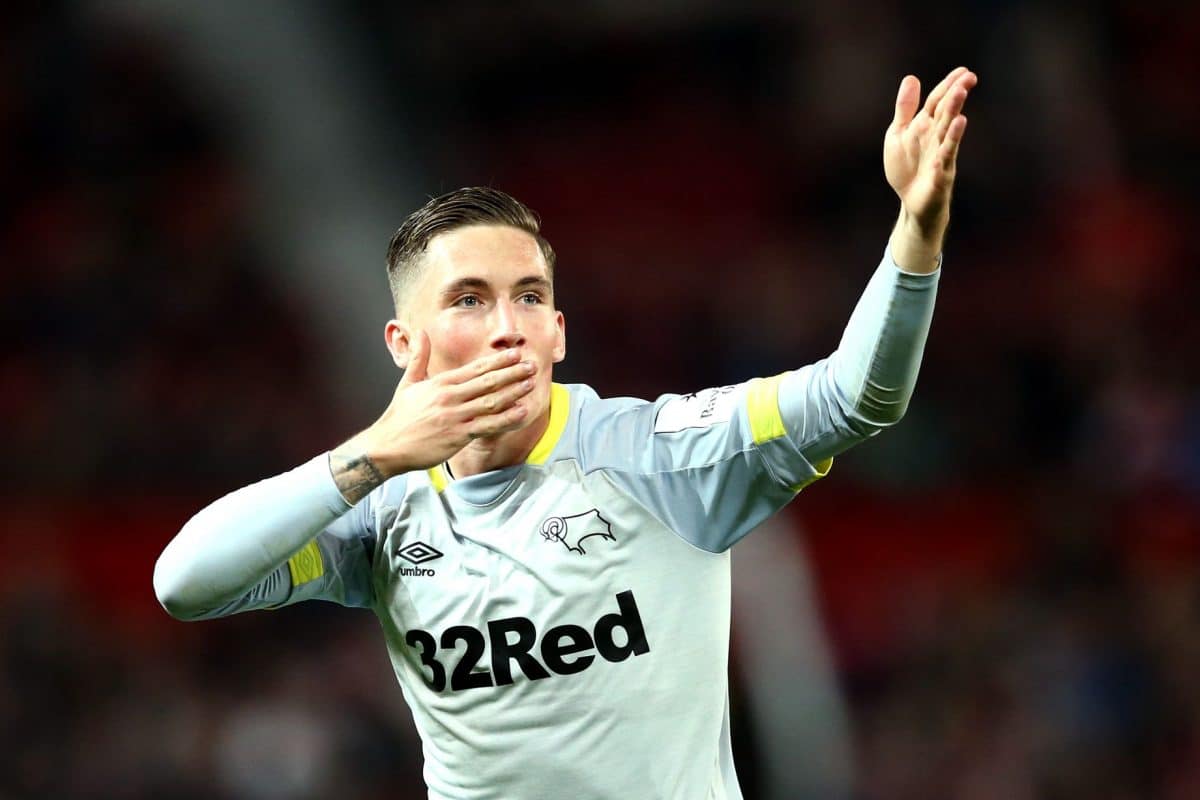 Liverpool loanee Harry Wilson has made somewhat of a name for himself scoring free-kicks this season, and he was back at it on Wednesday night.

The 21-year-old is a candidate for Championship Player of the Year after an impressive loan spell at Derby County so far.

Wilson has been out of action with a minor injury for the last two Rams fixtures, with Frank Lampard's side failing to win on both occasions.

However, he made a return to the side against Southampton in the FA Cup, and despite Derby falling two goals behind with 15 minutes left, Wilson turned the tie on its head.

The Welsh international scored yet another set-piece against the Premier League side, netting in the 76th minute from outside the box to make it 2-1.

Wilson then turned from goalscorer to provider with nine minutes left as he sent in an excellent cross from the right, straight to the head of Martyn Waghornm who headed in from close range.

He was then taken off just minutes in to extra-time as Lampard opted for fresh legs to help secure a surprise victory.

The game was eventually decided with a penalty shoot-out, with Derby running out as 5-3 winners at St. Mary's.

Wilson's latest antics sees him move on to 11 goals and three assists during his loan spell so far.