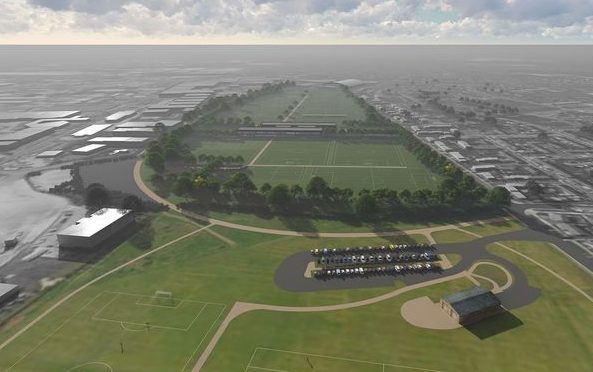 The proposed development will expand on the current Academy site in Kirkby and see Liverpool leave their historic training base at Melwood in West Derby, their home since the 1950s.

Knowsley council’s planning committee granted outline approval for the construction of a new combined training centre, redeveloping of the current Academy and converting the 'front pitch' at Kirkby into an indoor, covered pitch.

As part of a deal to secure land required for the development, community playing fields at Simonswood Lane will also be redeveloped by the football club.

Liverpool have already submitted a planning application to build 160 family homes on the Melwood site.

Peter Moore, Liverpool's chief executive officer, said: “Today’s approval by KMBC (Knowsley) is another step on the journey in achieving our vision to bring our first team players and young players together on one site.

“We have received positive feedback from local residents and business on our proposals during the public consultation earlier this year and we thank them for their continued support.

“As part of the planning process, we will now submit more detail on the scheme to KMBC before we have the certainty that we need to progress with the redevelopment of the site.”

The enclosed geography of Melwood made it impossible to expand there so architects KSS - the firm behind the new Main Stand at Anfield - drew up proposals for expansion at Kirkby.

Liverpool are acquiring 14 acres of the Simonswood Lane comunity playing fields adjacent to the Academy - bringing the total site up to 60 acres - with the Reds in return providing five new and improved football pitches and sports facilities in the area.

Knowsley’s cabinet member for regeneration and economic development, Cllr Graham Morgan, said: “The council and LFC have worked closely with the local community throughout the planning process and we are pleased the plans have received such an overwhelmingly positive response.

"I’m also delighted that the local community and sports clubs in Kirkby will benefit from the scheme with much-improved football pitches and sports facilities at Simonswood Lane.

“It is a great vote of confidence in Knowsley that an organisation of Liverpool Football Club’s stature wants to expand its facilities in the borough.”

It is hoped work on the project could start early next year and be completed by the summer of 2019 with the Reds' first-team squad making the switch to Kirkby for pre-season training ahead of the 2019/20 season.