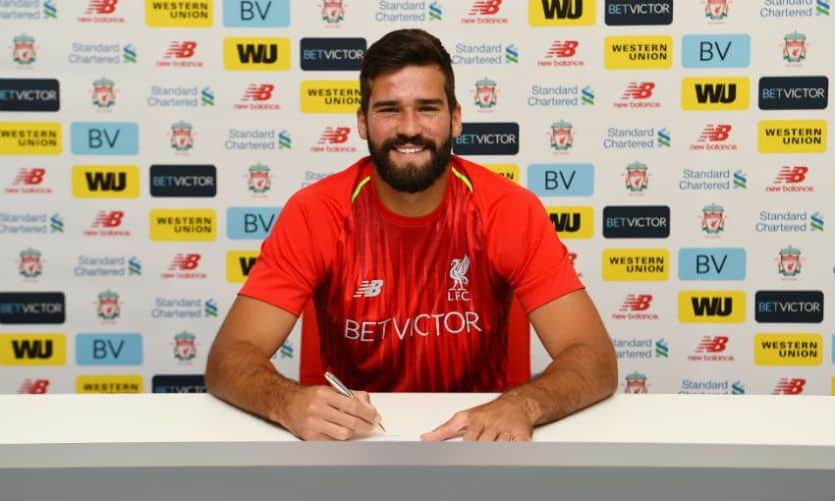 Liverpool FC have confirmed they have completed a deal to sign goalkeeper Alisson Becker from AS Roma.

The two cubs agreed a £65 million fee on Wednesday, with the 25-year-old Brazilian shot-stopper arriving in the United Kingdom later that evening and travelling to Merseyside for his medical the following day.

Alisson has agreed a long-term deal with the Reds, and follows the likes of Naby Keita, Fabinho and Xherdan Shaqiri to Anfield.

He is now set to return to his holiday in Sardinia, after being given time off following Brazil's excursions at the World Cup in Russia. Alisson will meet his new team-mates following their tour of the USA, when Jurgen Klopp's side go to their pre-season training camp in France on July 30.

He is set to make his debut against Napoli in Dublin on August 4, with his first Anfield appearance coming against Torino three days later, before the season opener versus West Ham on August 11.

Speaking to Liverpool’s official website, Alisson said: “I’m really happy, it’s a dream come true to wear such a prestigious shirt for a club of this size that is used to always winning.

“In terms of my life and my career, it’s a huge step for me being part of this club and this family.

“You can be certain that I’ll give my all.”

Liverpool will pay Roma an initial £53.8 million, with Internacional receiving £2.2 million. The rest of the fee - another £9 million - will come in the form of add-ons related to appearances and success in a Reds shirt.

The Brazilian will be Liverpool's second-most expensive transfer. Virgil Van Dik (£75m), Naby Keita (£48m), Fabinho (£39m) and Mohamed Salah (£36.9m) are the others on the list of highest fees paid for a player by Liverpool - all arriving at Anfield since last summer.

Alisson will reportedly earn £5.3m a year – another sign of Klopp and FSG’s willingness to splash the cash in order to get their preferred targets.