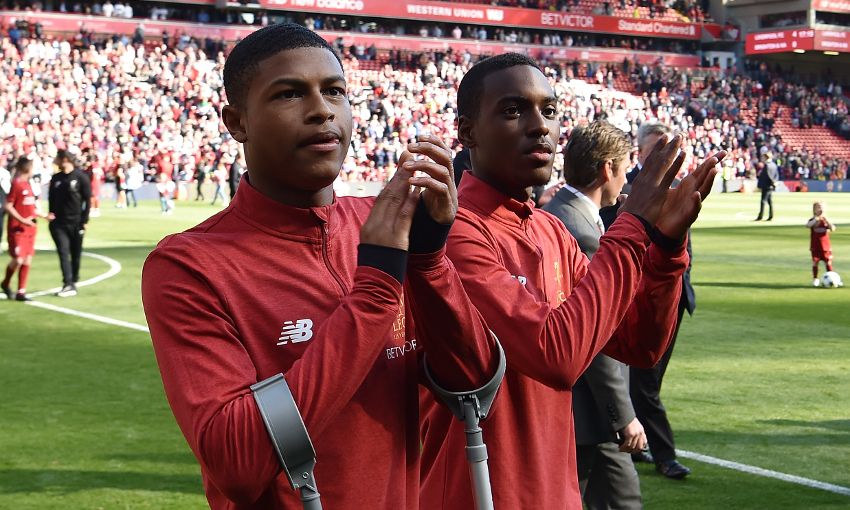 Liverpool have cancelled their scheduled pre-season friendly with Borussia Monchengladbach over the Bundesliga side’s pursuit of Rhian Brewster.

Jurgen Klopp‘s side were set to welcome the German side to Anfield in their final pre-season fixture before the new season.

However, Liverpool have cancelled the friendly, with Monchengladbach one of many sides interested in signing Reds youngster Brewster on a free transfer this summer.

According to The Telegraph, Liverpool “have withdrawn the invitation and written to the Bundesliga side to issue a warning about their conduct.”

Recent reports claimed the Bundesliga side had approached Brewster without the Reds' permission, angering the club's hierarchy. The 18-year-old is not allowed to speak to other sides as he is still considered a 'scholar'.

Liverpool are keen on retaining Brewster, who is highly-regarded by coaches at Melwood, with Klopp thought to be planning to include him in the first-team next season.

However, with several young English players making a move to Bundesliga in recent times, Brewster also believes he would be best served with a transfer to Germany. Reece Oxford, Ademola Lookman and Jadon Sancho have all impressed following a move away from England.

Liverpool, who are fiercely unimpressed with Monchengladbach's approach, are “ready to take the matter to FIFA.”

Brewster, along with Gladbach, is on the radar of RB Leipzig, who are also thought to be involved in discussions with the youngster's representatives.

The Reds, meanwhile, look to convince the youngster to sign a deal at Anfield, although they believe his mind has already been made up, favouring a move away from Merseyside.

Liverpool are likely to find an alternative opposition for the pre-season fixture on August 7.