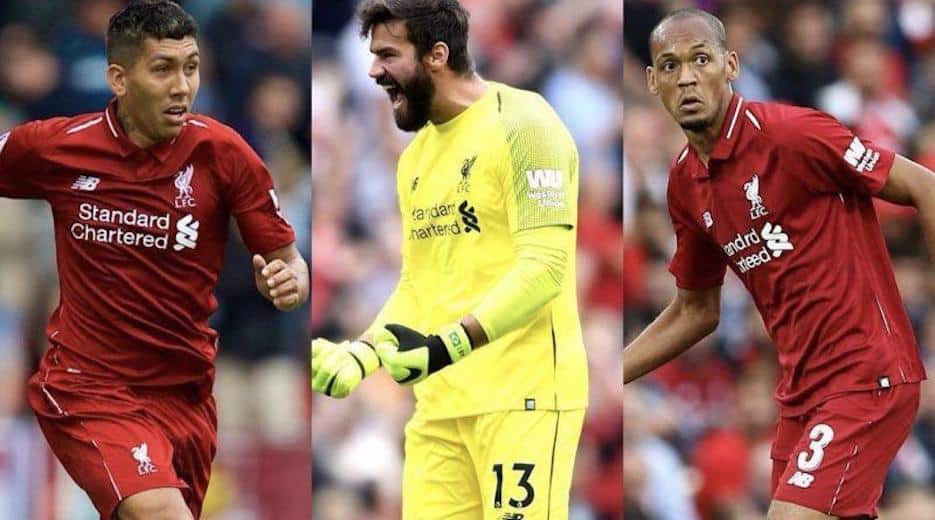 Alisson Becker, Fabinho and Roberto Firmino have all been called up for Brazil’s international friendlies against the United States and El Salvador.

They faced the US at the MetLife Stadium, with all three starting for the Seleção. Fabinho started in a right-back role, whilst Firmino played up front alongside Neymar and Douglas Costa.

The world's third-ranked team controlled the game against a young U.S. side. It didn’t take long for Tite’s side to take the lead.

Firmino, who bagged his first Reds goal of the season against Leicester, opened the scoring for Brazil in the 11th minute, whilst Fabinho won a penalty that Neymar converted before half-time.

Costa went past left back Antonee Robinson and then crossed impressively to the far post, where Firmino finished first time to give Brazil the advantage.

Firmino gives #Brazil the 1-0 lead against #USMNT. Simple close-range finish, after a fantastic cross by Douglas Costa, who easily burned Antonee Robinson down the wing. Likely the first of many tonight.#USAvBRA #USABRA #SelecaoBrasileira pic.twitter.com/xzAxgNIRTt

That exact #Brazil goal was coming from the opening minutes. Antonee Robinson has no idea how to defend against Douglas Costa; whose explosive first step, pace, and cross for Firmino were all world-class.#USMNT #USAvBRA #USABRA #Selecao 🇧🇷⚡️ pic.twitter.com/v75DXTRdPM

Brazil then doubled their lead in the 43rd minute as Fabinho hit the floor in the penalty box, where it appeared there was minimal contact, if any. The call stood, however, and Neymar rolled home the spot kick with his 58th international goal to make it 2-0.

The penalty was given to #Brazil when Fabinho went down in the box, under the pressure of Trapp and the non-pressure of Brooks.#USMNT #USAvBRA #USABRA pic.twitter.com/QcW8VmxbV0

Fabinho excelled for Brazil on the night, as some Reds supporters on social media said: “Watching Fabinho performing so well for Brazil just wants me to see him start the next game for us, whether it’s DM or RB. Cannot wait for his debut.”

Alisson was largely untroubled all night as Brazil kept the United States at bay during the second half to seal victory.

Liverpool will be hoping the trio can return to the squad without any niggles as they face a quick turnaround following their fixture against El Salvador, which kicks off at 1:30am BST in September 12.

The Reds travel to Wembley on September 15 to face Mauricio Pochettino’s Tottenham side for a lunch time kick-off as they look to make it five wins out of five.