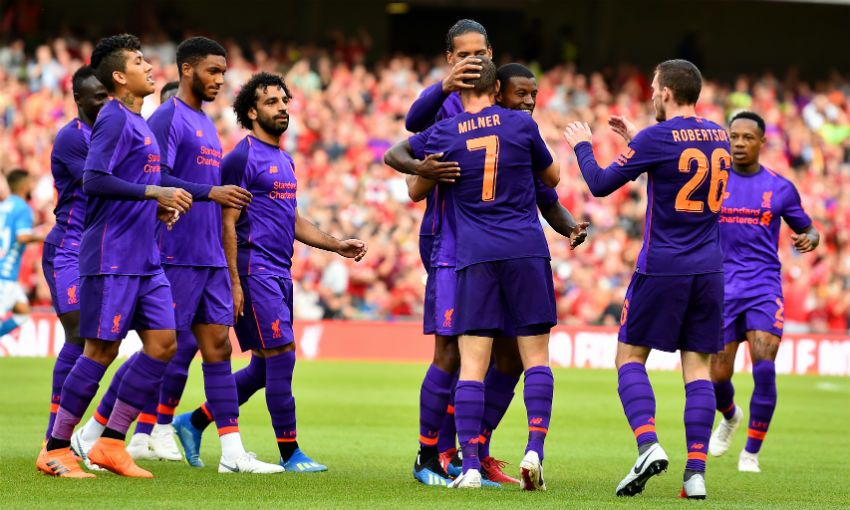 Watch highlights as Liverpool eased to a 5-0 win over Napoli in their penultimate pre-season friendly in Dublin on Saturday.

James Milner and Georginio Wijnaldum put the Reds two goals ahead inside the opening 10 minutes at the Aviva Stadium following an incredibly lively start for Jurgen Klopp's men.

The Reds will now face Torino at Anfield on Tuesday in what will be Liverpool’s last pre-season fixture before their Premier League opener at home to West Ham United next Sunday.

The Reds got in to their attacking groove from the first minute as their early pressure resulted in Milner arrowing a left-footed shot into the top corner after good work from Sadio Mane.

A second Liverpool came didn't take long as Milner turned provider with a clever cross from the left that Wijnaldum turned home. 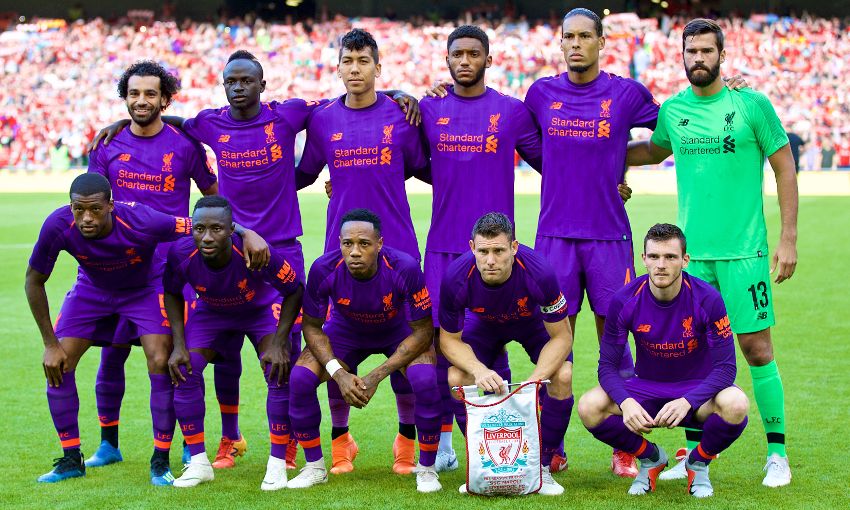 Napoli then grew into the game as the first half went on as Alisson was forced into his first save in a Liverpool shirt. The former Roma man palmed away Lorenzo Insigne’s clever curling shot wide.

Roberto Firmino's close-range finish was ruled out for offside after Wijnaldum released Salah in behind Napoli’s defence.

Napoli had a disallowed goal of their own before the interval, too, with the linesman cancelling out Jose Callejon’s strike.

Mane whistled a shot just wide soon after the restart but, with 58 minutes on the clock, Liverpool had their third. 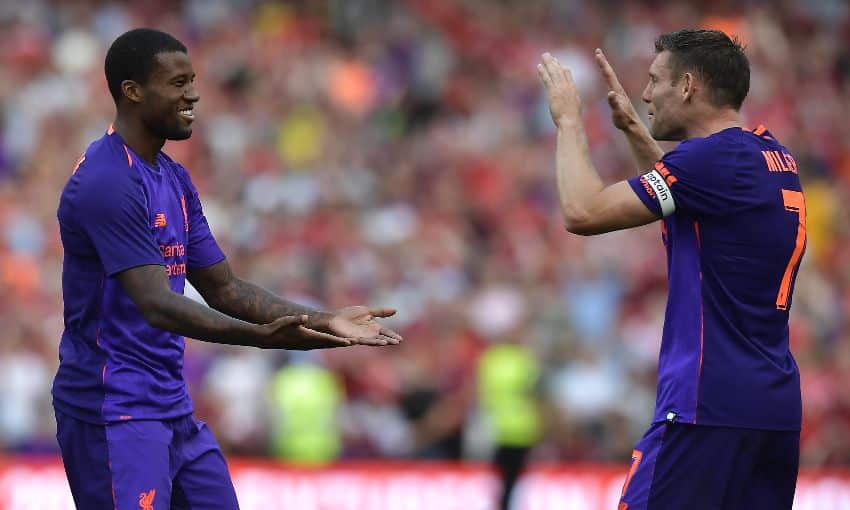 Second-half substitute Xherdan Shaqiri impressed after the break, as he set up Salah, who found space in the box to finish past Orestis Karnezis.

Sturridge also impressed following his introduction, as he continually threatened behind Napoli's defence. His low shot across the Napoli goalkeeper went just wide, so did a classy dink after being fed by Curtis Jones.

However the substitute duly turned home the rebound after Divock Origi’s shot had been stopped by Karnezis, as the Reds went 4-0 up in Dublin. 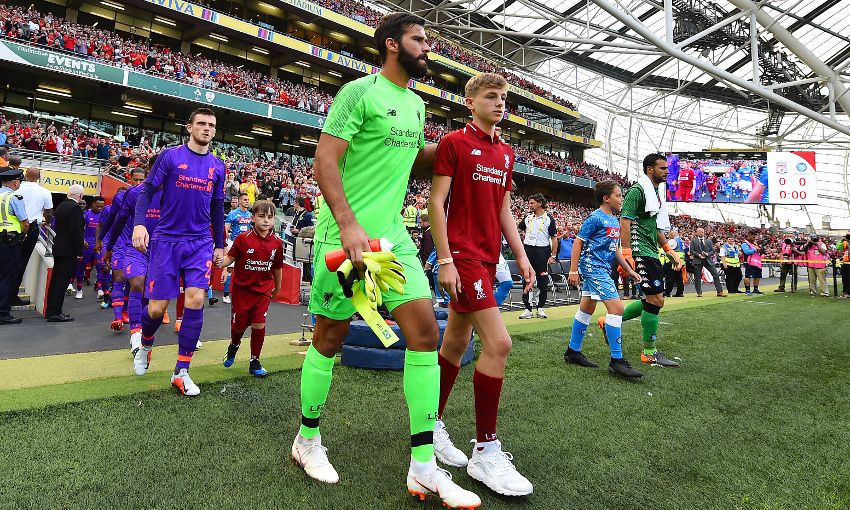 And there was still time for a cherry on top, with Moreno slamming a powerful shot into the roof of the net late on.