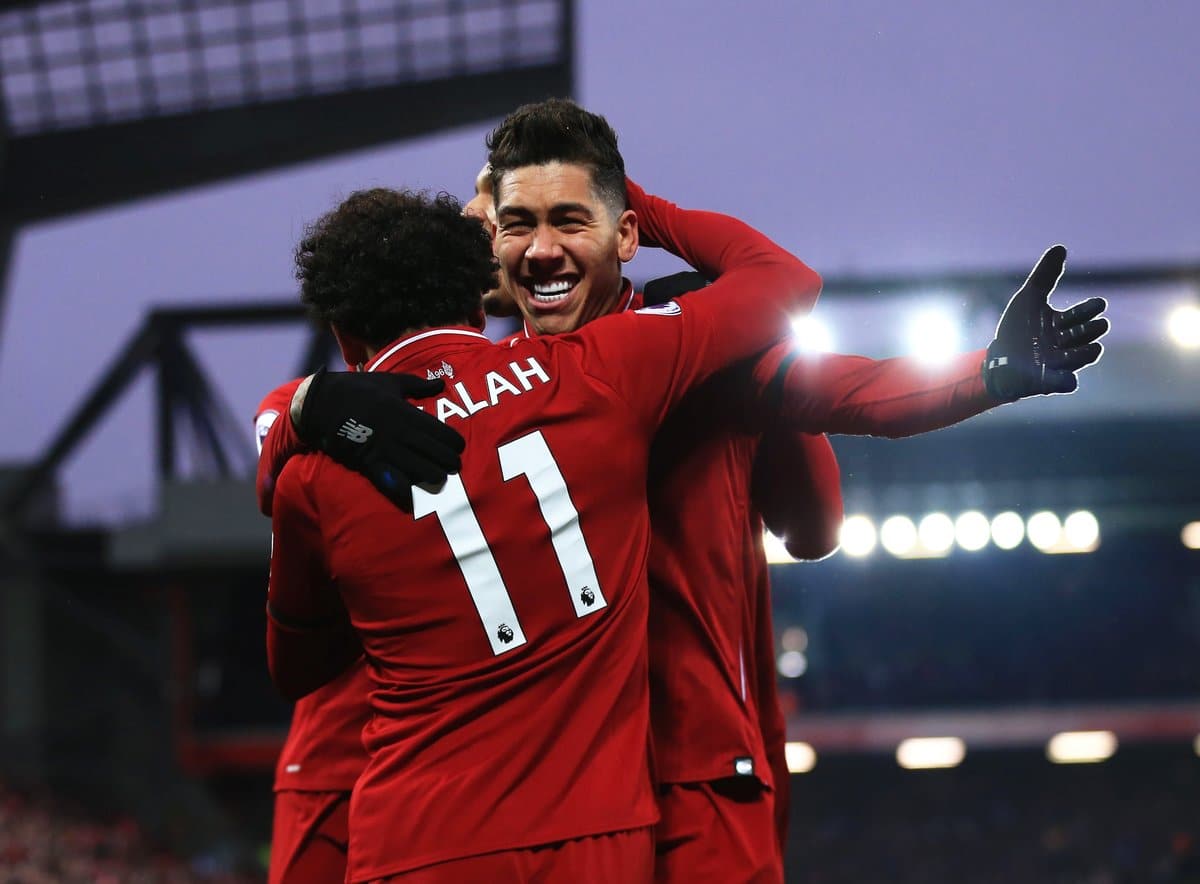 Liverpool vs Crystal Palace highlights - All the goals from Liverpool's 4-3 victory over Palace at Anfield as the Reds retained their lead at the top of the Premier League.

Having won at Brighton last Saturday, a home fixture against Crystal Palace was the perfect opportunity for Jurgen Klopp's side to continue their winning momentum in the title race.

The boss made three changes to his starting eleven as James Milner, Joel Matip and Naby Keita were drafted back in to the side. 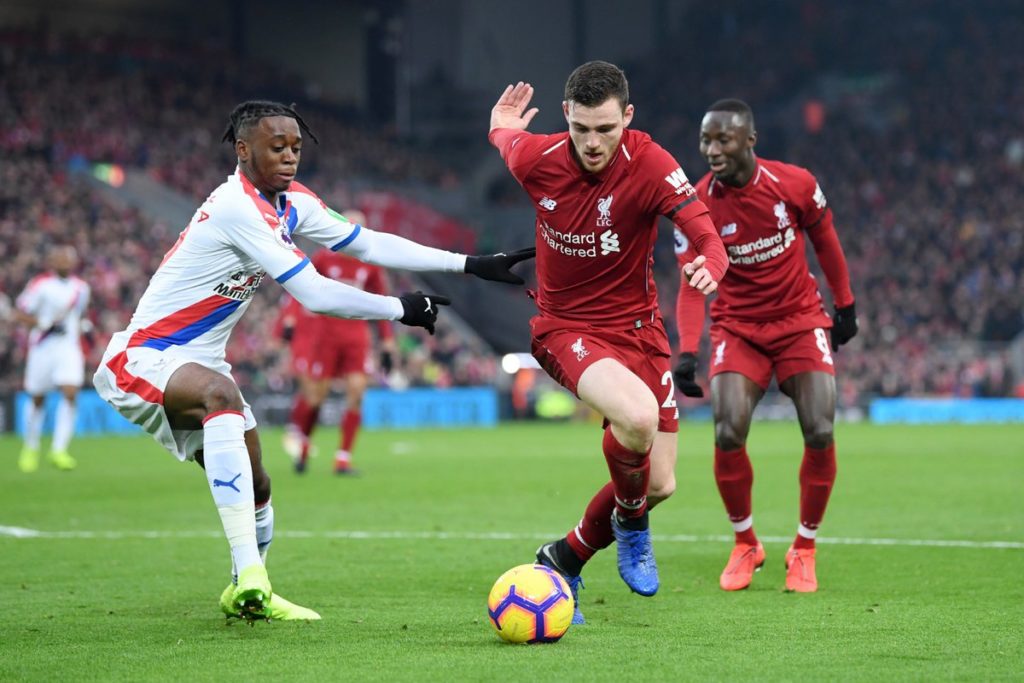 Palace took a surprise lead just minutes later, however. Wilfried Zaha went past Milner on the right before sending in a low ball for Andros Townsend, who turned home first-time from close-range.

Liverpool had a shout for a penalty ten minutes later as Mohamed Salah attempted to twist inside the area. The Egyptian was brought down, however referee Jonathan Moss stood firm.

Palace went in to the break with a surprise 1-0 lead and it was clear the Liverpool boss needed to change things around in the second half.

It didn't take long for them to find a leveller as Van Dijk's shot fell in to the path of Salah, who smashed home a volley from ten yards out inside 60 seconds of the restart.

The Reds completed the turnaround seven minutes later. Roberto Firmino received a pass from Keita in the box before turning and sending a deflected shot past Julián Speroni to make it 2-1. 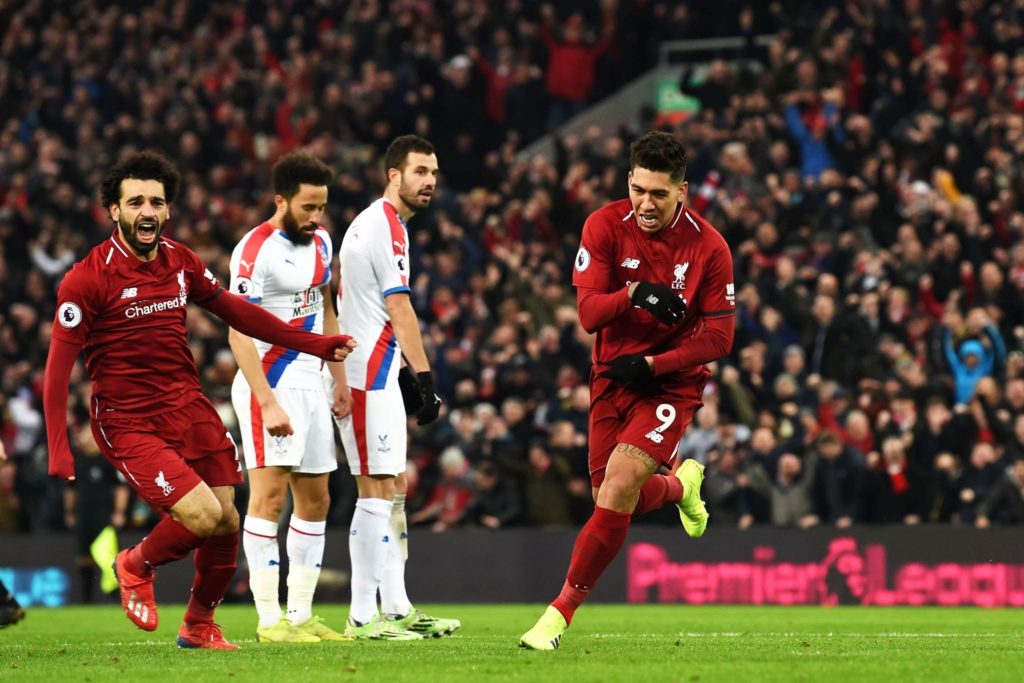 Liverpool appeared to be back in control as they continued their usual high-pressing game, however it didn't last too long.

The visitors equalised just after the hour mark after a corner was met by James Tomkins, who powered a header into the bottom far corner past Alisson.

Palace appeared to be getting back in to the game, however Liverpool struck back once again to turn the tide back in their favour.

Fabinho sent a ball into the area for the rushing Milner to get on the end of it. The midfielder's prod towards the centre was misjudged by Speroni, who tipped the ball towards goal.

The ball was on its way in before Salah got a late touch on the line to score his 50th goal in 72 Premier League appearances. 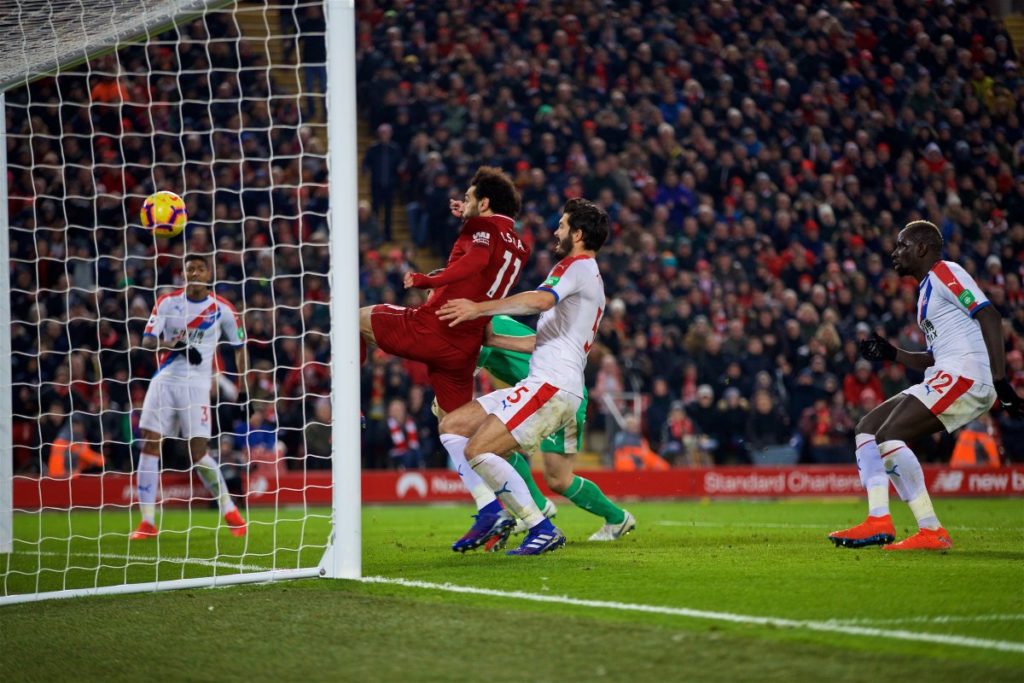 Fabinho was then worryingly forced off the field after going down in the middle of the park, with Adam Lallana replacing the Brazilian in midfield.

With minutes left on the clock, the nerves grew around the stands as Milner was sent off for a second yellow in the space of six minutes after a challenge on Zaha.

However, ten-men Liverpool went on to double their lead in injury time as Sadio Mane drove in to the box and finished well to score his fourth goal against Palace in as many appearances.

Palace surprisingly scored a third to add to the nerves after Max Meyer finished from inside the box. However, the Reds stayed strong to claim all three points.

Liverpool are now on 60 points after 23 games, with the Reds back in action at home against Leicester City in eleven days time.

Watch all the highlights from Liverpool’s 4-3 win over Crystal Palace below.