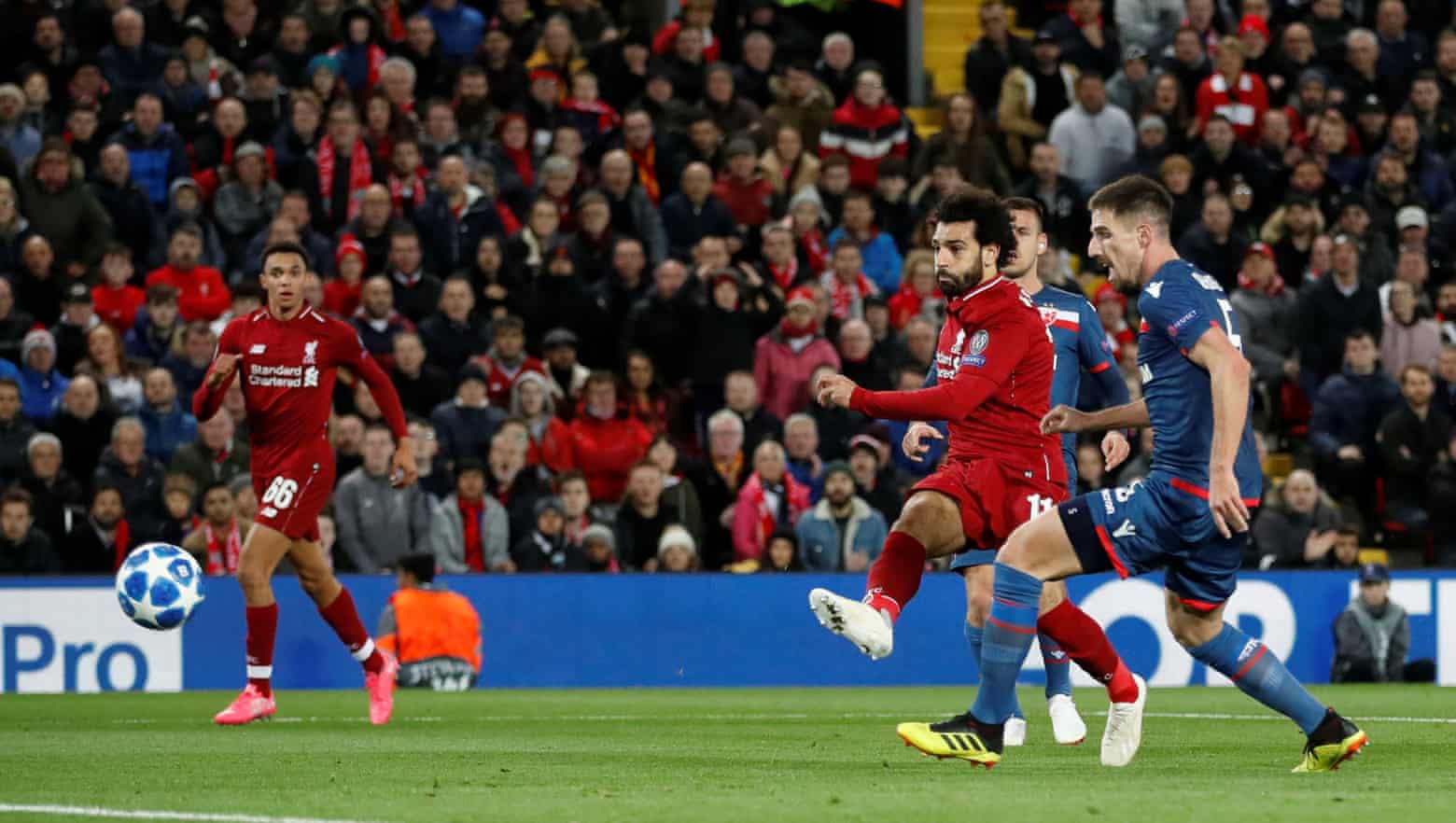 Liverpool were looking to continue their strong start to the season, following on from their 1-0 victory over Huddersfield Town on Saturday.

Jurgen Klopp made five changes to his Liverpool side, with Fabinho starting in midfield alongside Xherdan Shaqiri and Trent Alexander-Arnold returning in defence.

Sadio Mané started alongside Mohamed Salah and Roberto Firmino up front as the Reds looked to bounce back from the 1-0 defeat away to Napoli last time around in the Champions League. 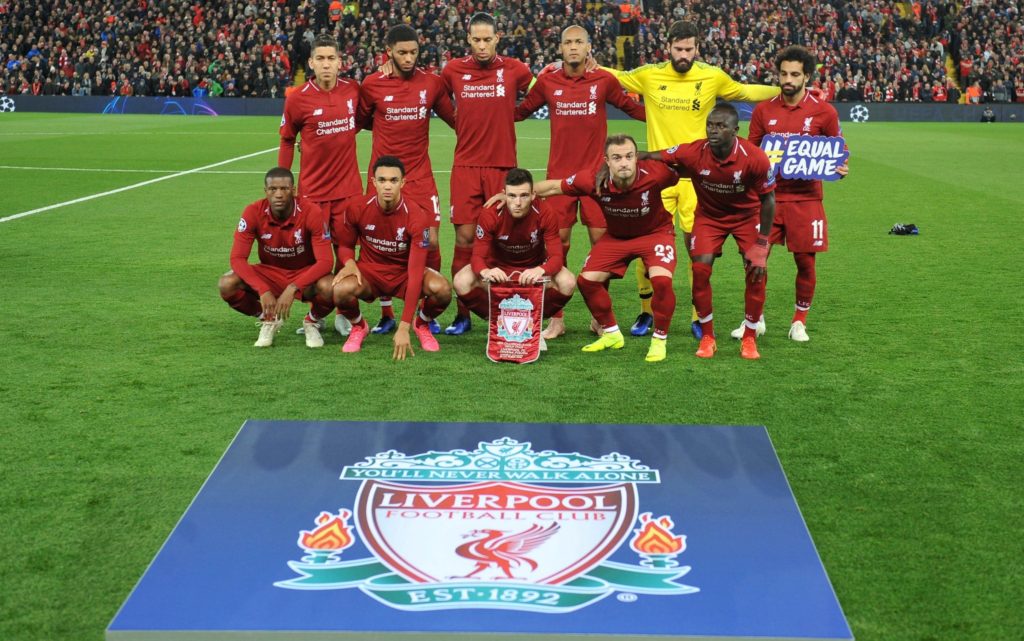 Liverpool made five changes to the side that beat Huddersfield Town 1-0 on Saturday / Image: PA

The home side started slowly with Red Star asserting themselves in the opening minutes.

However, Shaqiri - who started in midfield once again - was heavily involved as the Reds played themselves into the game.

The Swiss international picked up the ball in midfield and fed a perfectly weighted ball to Andy Robertson, who pulled back for Firmino in the box, who finished spectacularly with his left foot to put the Reds ahead in the 20th minute.

Gini Wijnaldum then started the move for Liverpool's second with half-time looming as he drove a ball through to Shaqiri on the edge of the Red Star area.

He cushioned a lovely ball through to Salah, who lashed a rising shot on his right foot past goalkeeper Borjan for his second goal in two games.

It was more of the same at the second-half as Liverpool pressured the Serbian back-line. It didn't take long for the Reds to add another as Mane darted into the area from the left.

The Senegalese went down after Stojkovic's arm went across his chest, and a stuttering referee pointed to the penalty spot for Salah to step up and convert down the middle for his 50th Liverpool goal.

The Reds looked comfortable for the duration of the second-half and with 75 minutes gone, they received another penalty call in their favour.

Alexander-Arnold whipped in a free-kick from the right, only for Ben Nabouhane, to head the ball against his own arm in what was another harsh decision against the visitors.

With Salah off, Mane stepped up in search of his first goal in seven matches. However, his rising penalty was too close to Borjan, who tipped the ball on to the bar.

Mane was the first to react to the rebound, however his weak prod rolled away from the goal as Red Star survived. 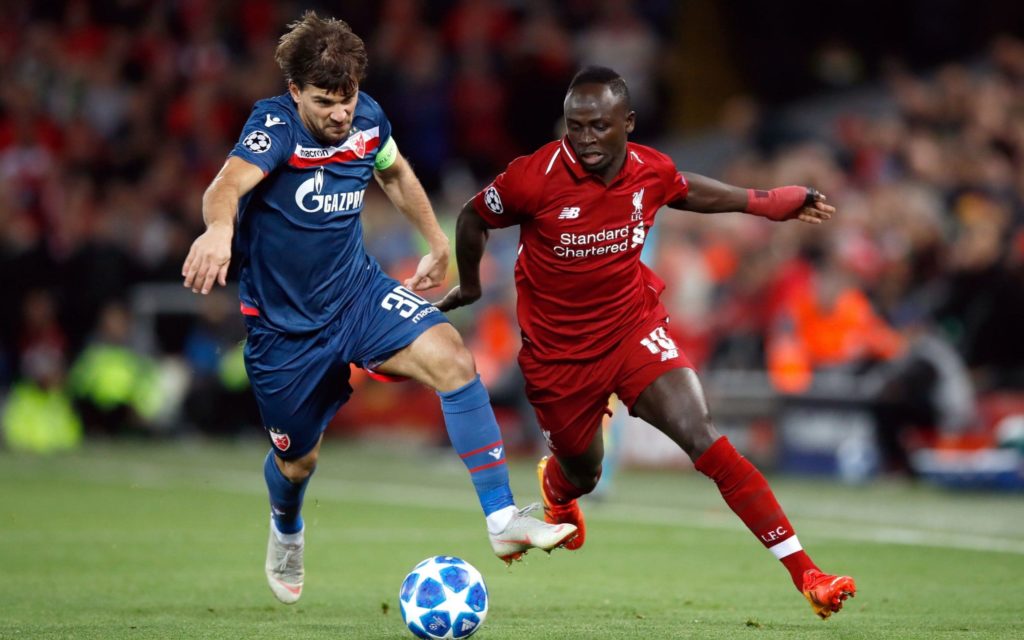 However, it didn't take long for Mane to make amends as substitute Daniel Sturridge capitalised on a poor attempt to play out from the back and passed the ball to Mane in the area.

It looked like his touch had got away from him, but he finished with pace to slot the ball past Borjan and give Liverpool a 4-0 lead ten minutes from time.

Meanwhile, Paris Saint-Germain's late equaliser to make it 2-2 against Napoli in the other fixture of the night sees Liverpool top the group on six points, with Napoli a point behind and PSG in third on four points.