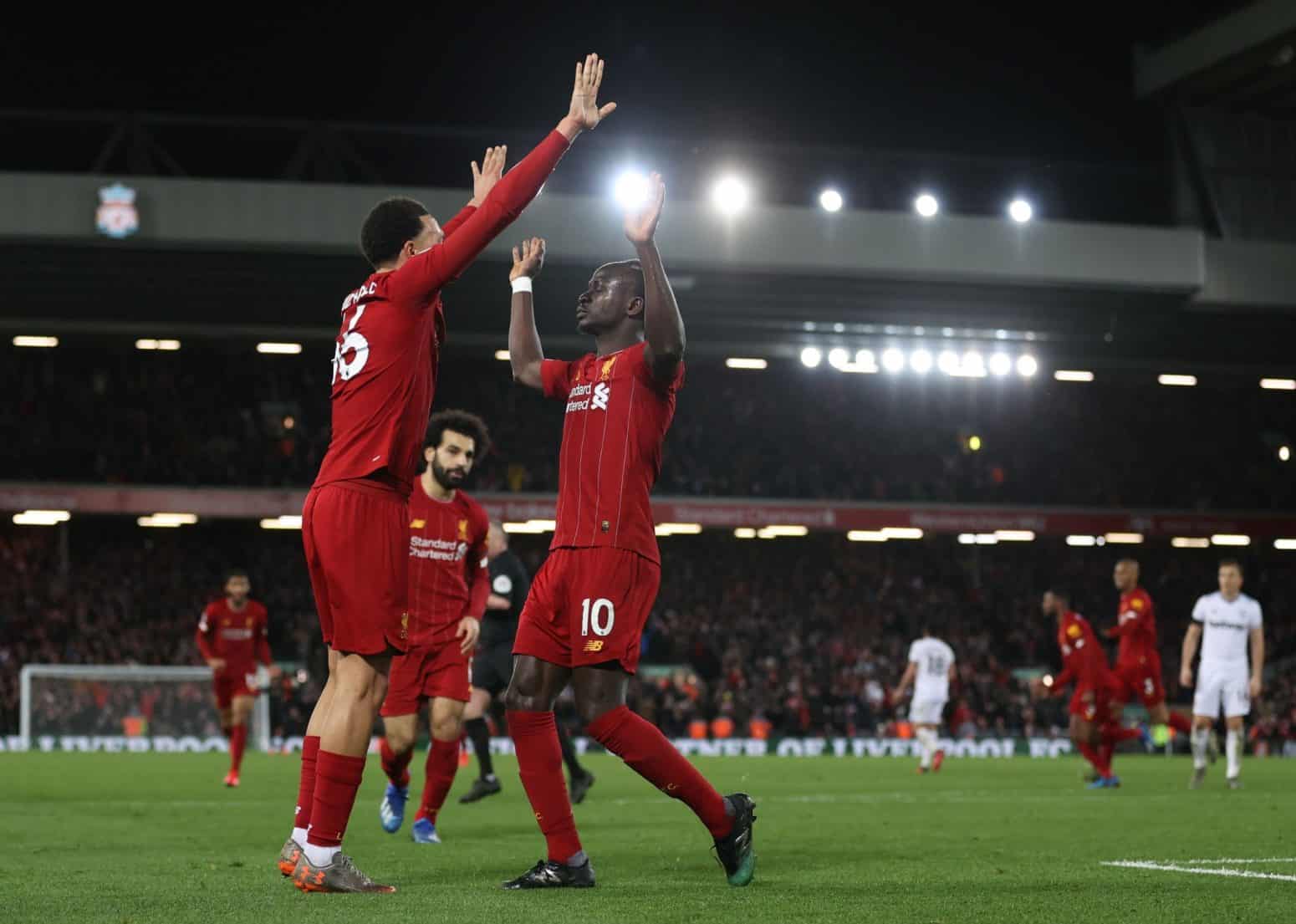 Liverpool vs West Ham United highlights: Liverpool came from behind to beat West Ham 3-2 thanks to goals from Gini Wijnaldum, Mohamed Salah and Sadio Mane.

Jurgen Klopp made just one change to the side that were beaten by Atletico Madrid in midweek as Naby Keita replaced the injured Jordan Henderson in midfield.

The windy conditions didn't stop Liverpool from making a fast start to the game as they controlled the ball and looked sharp in talk.

They took the lead inside the opening ten minutes as Trent Alexander-Arnold dug a cross into the box and found Gini Wijnaldum, who leapt brilliantly and directed the ball into the back of the net. 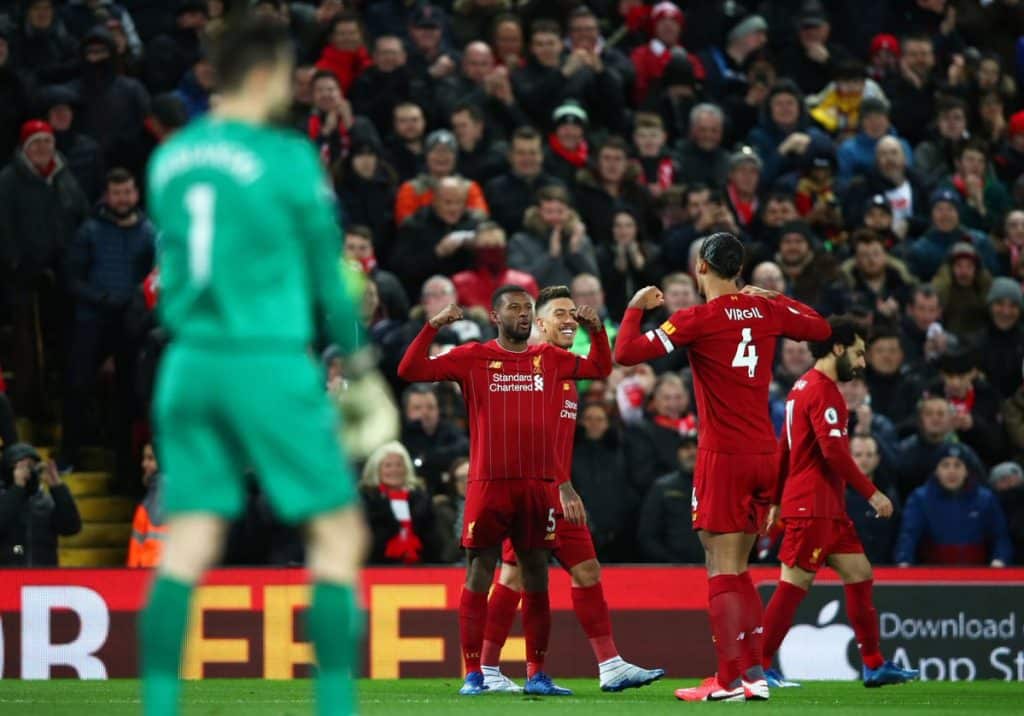 However, the Reds were pegged back less than three minutes later as Issa Diop got ahead of Joe Gomez from a Hammers corner and headed home past Alisson, who perhaps could have done better in goal.

Liverpool responded well as Mohamed Salah went close with one of his trade-mark curlers from outside the box, with Lukasz Fabianski tipping the ball over with his fingertips.

Sadio Mane had a shot heading inside the far post blocked by Robert Snodgrass before Roberto Firmino and Alexander-Arnold both had efforts at goal without hitting the target.

There were plenty of corners for both sides in the first half, with the visitors looking hugely threatening to score their second of the game from a set-piece. 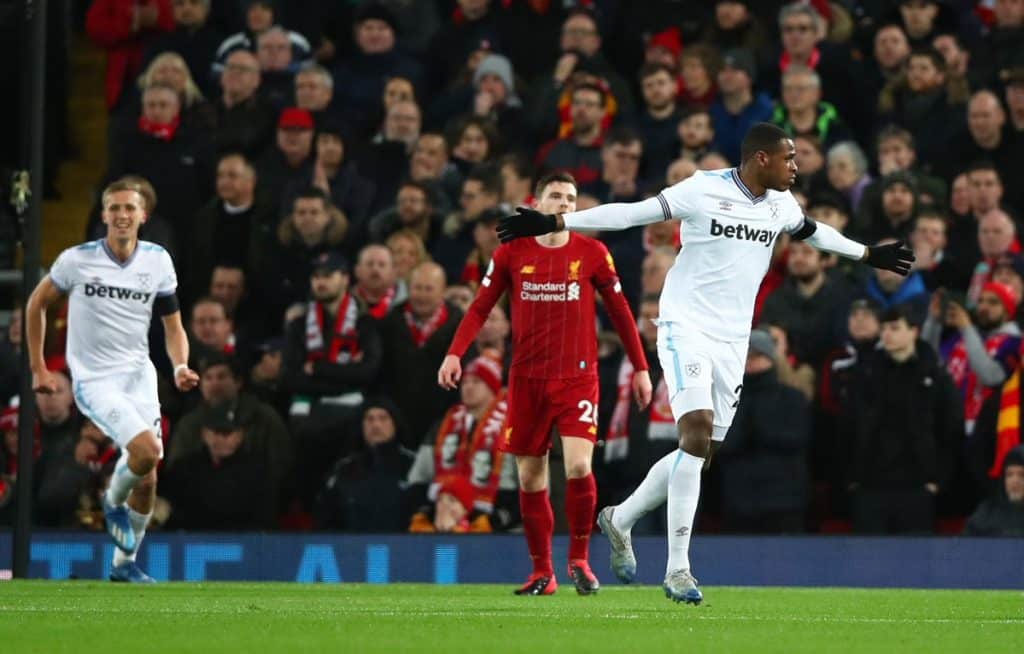 Alexander-Arnold went close again with a free-kick from 30 yards out as his shot hit the wall and deflected inches wide of the post. The ensuing corner was swung in by the Reds right-back, who found Virgil van Dijk, but the Dutchman couldn't keep his header under the crossbar.

West Ham made a bright start to the second half and, against all odds, they took the lead against the league leaders as Declan Rice found Pablo Fornals in the box, with the Spaniard turning the ball past Alisson in goal.

Klopp made an immediate substitution as Keita was withdrawn for Alex Oxlade-Chamberlain, with the Reds in dire need of regaining their dominance in the middle of the park.

Liverpool piled on the pressure as the Kop roared their side on, with West Ham struggling to contain the Reds from getting into half-spaces and directing shots goalwards.

With a little over 20 minutes to go, Andy Robertson's squared ball found Salah, whose first-time tame effort from inside the box went through the legs of Fabianski in goal as fortune fell in Liverpool's favour, with the Reds finding the crucial equaliser. 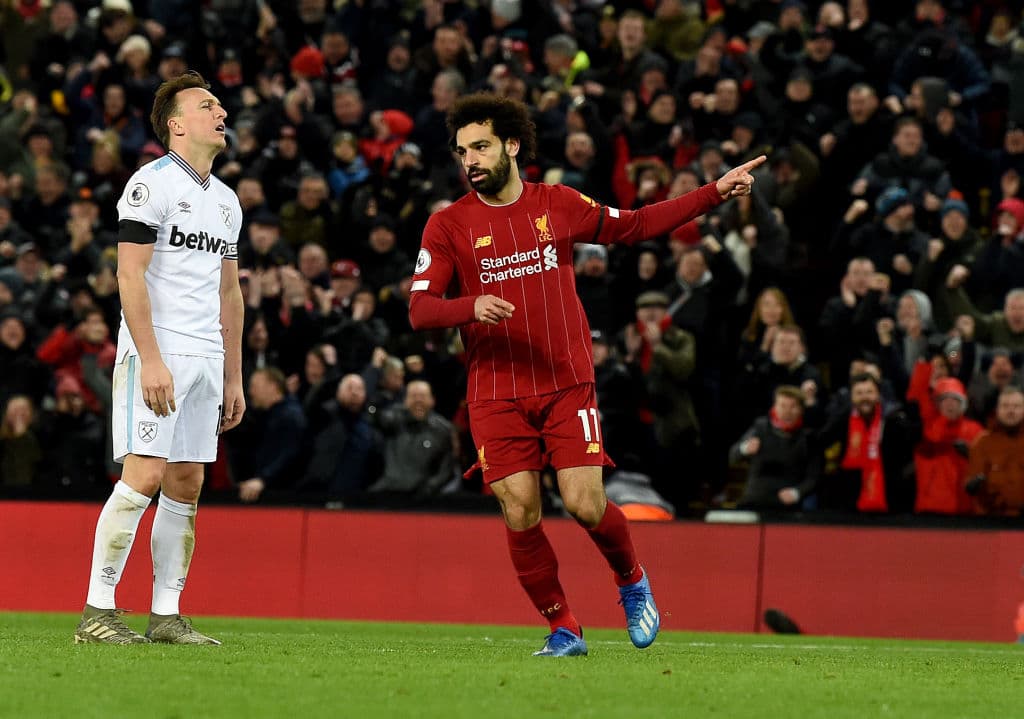 Liverpool completed the comeback with a little under nine minutes left as Joe Gomez' speculative shot from outside the box deflected into the path of Alexander-Arnold, who nudged the ball back to Mane, who finished into the empty net with ease.

Klopp's side thought they had added one more for good measure as Oxlade-Chamberlain slid in Alexander-Arnold, whose squared ball to Mane was turned home again by the Senegalese. However, the goal was rightly ruled out for offside by VAR.

Despite the Hammers threatening to score an unlikely late equaliser, Liverpool saw out the final minutes as they earned a joint-record 18th consecutive Premier League win.

The Reds now require just 12 more points to seal the inevitable as they look on course to be the quickest side in history to win the Premier League title.

Disclaimer: Liverpool vs West Ham highlights are provided and hosted by external sources, notably DailyMotion, Youtube and forstreams.com. We help you discover publicly available material and act as a search engine. We do not host or upload this material and are not responsible for the content.