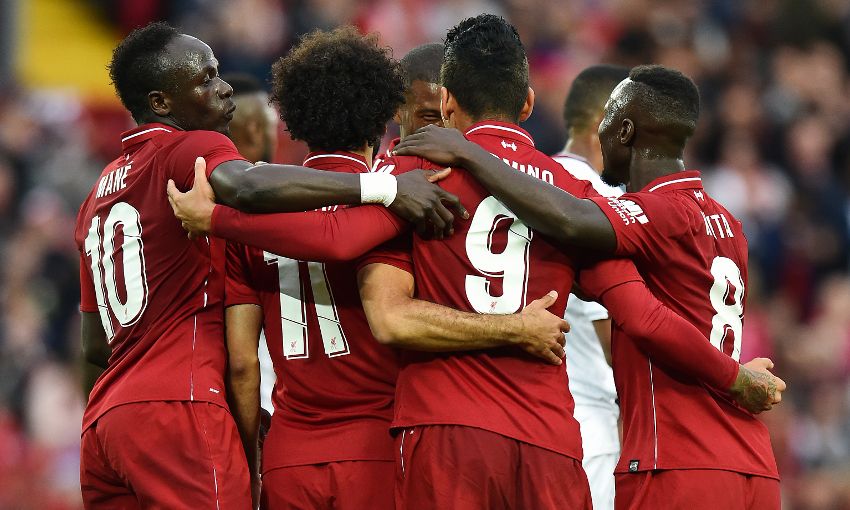 Liverpool completed their preparations for the new Premier League campaign with a 3-1 win over Torino at Anfield this evening.

Roberto Firmino and Georgino Wijnaldum both scored within eight minutes of Fabinho missing a first-half penalty before Andrea Belotti quickly replied for the Italians.

A flurry of changes after the break interrupted the flow of the match and a late third from one of the substitutes - Daniel Sturridge - closed out a victory for Liverpool which they can add to pre-season wins over both Manchester clubs and Napoli.

It was the Egyptian's pressing on the edge of the box which saw him dispossess Tomas Rincon in the build-up to Liverpool's 16th-minute penalty. Sadio Mane stayed on his feet to get a shot away but referee Michael Oliver called play back for a foul on the Senegalese winger by defender Bremner.

Fabinho, who had scored 16 in a row from the spot for AS Monaco, sent the penalty several yards wide.

The Brazilian's miss did not haunt his Anfield bow for long as compatriot Firmino put the Reds ahead soon after. Salah's driving run across the box teed the striker up for a shot which found the top corner via a deflection. 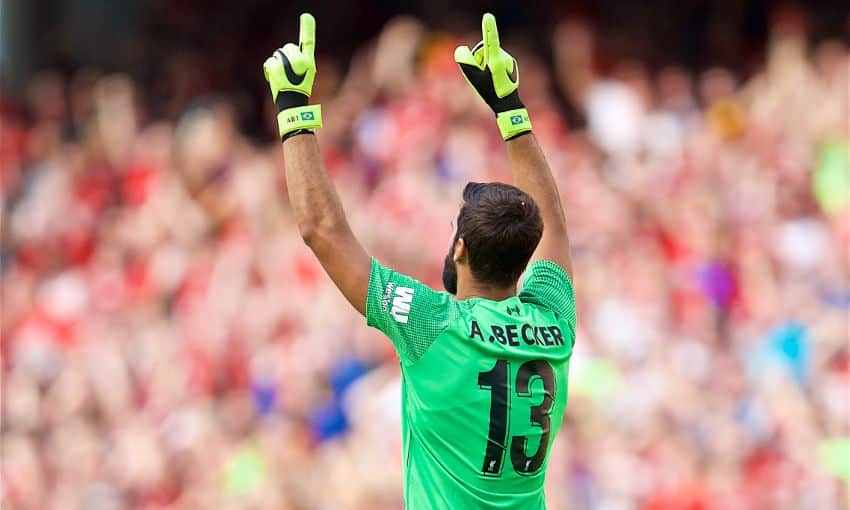 Just as Liverpool were threatening to run riot as they did in Saturday's 5-0 rout of Napoli, they were pegged back by a thunderous header from Belotti, which left the world's most expensive goalkeeper Alisson helpless.

Some last-ditch defending prevented Liverpool from regaining their two-goal cushion on the stroke of half time, with Sirigu thwarting Wijnaldum after the midfielder had made another run beyond the Liverpool attack, and Alex Berenguer cleared Alexander-Arnold's follow-up off the line.

Klopp swapped seven of his starting lineup at half time and the intensity of Liverpool's second-half performance inevitably suffered. 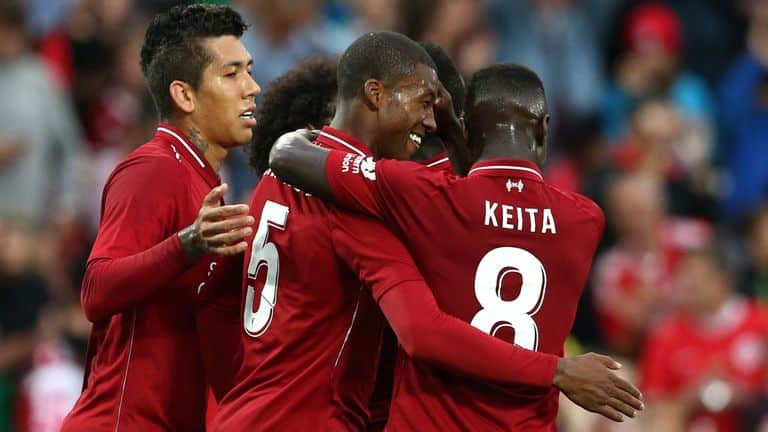 It took them until the hour mark to make their next chance as Sturridge shot straight at Sirigu from a cute Xherdan Shaqiri pass, and Danny Ings was soon denied by a desperate clearance after bringing down a cross from the Swiss signing and squeezing a shot away.

The Reds did not finish with a single player who started the game and eight of Torino's own changes took the sting out of the game.

Shaqiri and Sturridge were the two Liverpool replacements to stand out and they combined for their third goal on 87 minutes, with the former Stoke City winger dinking a subtle cross over the Italian defence which Sturridge glanced inside the post.

Liverpool will be hoping to take their pre-season form into their Premier League campaign when West Ham come to town this weekend.