Liverpool vs Tottenham highlights - Liverpool beat Spurs 2-1 on Sunday thanks to second-half goals from Jordan Henderson and Mohamed Salah.

Jurgen Klopp made three changes to the side that beat Genk 4-1 in midweek as goalscorer Alex Oxlade-Chamberlain, Naby Keita and James Milner missed out.

There was a return from injury for Trent Alexander-Arnold, whilst the more defensive duo of Jordan Henderson and Gini Wijnaldum partnered Fabinho in midfield.

It was a cracking start to the game with the Reds nearly getting in behind via Sadio Mane, however, Davinson Sanchez was at hand for Mauricio Pochettino's side. 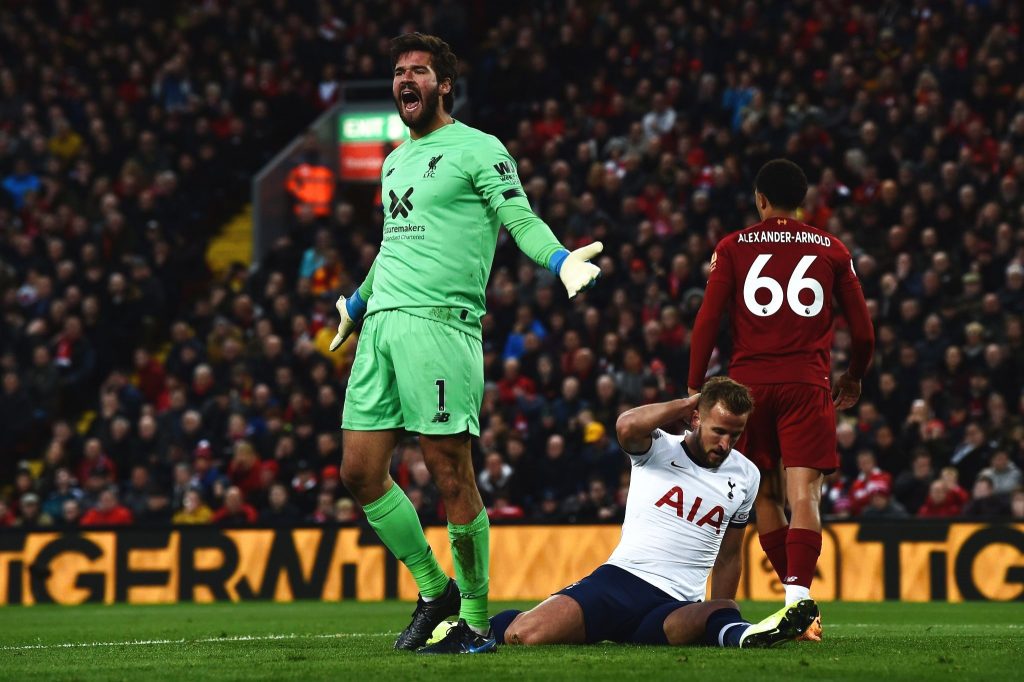 Spurs replied within seconds as they took the lead through Harry Kane inside the first minute after Moussa Sissoko did brilliantly to evade the Reds midfield and pass it on to Heung-Min Son.

His effort took a deflection off Dejan Lovren and hit the underside of the woodwork, falling to striker Harry Kane, who diverted the ball with a glancing header past Alisson to make it 1-0 to Tottenham.

Liverpool responded by dominating possession, with Spurs predictably happy to sit back and frustrate Klopp's side by keeping their discipline.

Mane came close again after a sustained period of pressure from Liverpool, with the Senegalese international losing his man in the box but heading over the Paulo Gazzaniga's goal. 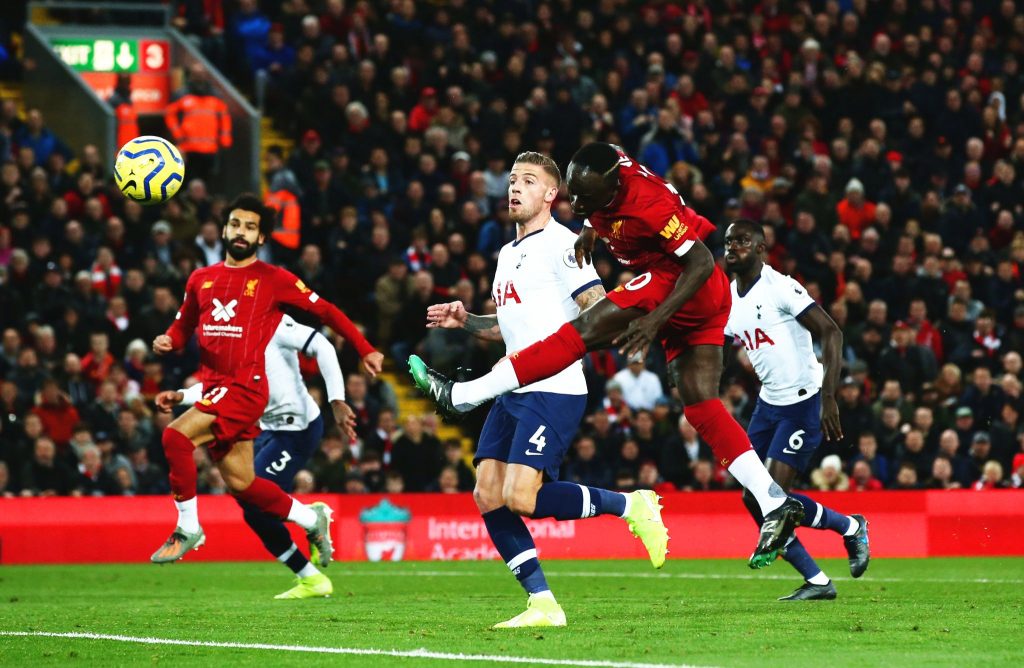 Spurs looked threatening on the break and nearly doubled their lead as Christian Eriksen found Kane on the left. His ball into the middle just evaded Dele Alli, who kept it in and returned for Eriksen, whose low shot just missed the far post.

Liverpool had their best opportunity just before the half-hour mark as Gazzaniga denied Mohamed Salah's effort and then got back up in time to save Roberto Firmino's drilled shot from a tight angle.

Virgil van Dijk and Alexander-Arnold also came close not long after but Gazzaniga was up to the task on both occasions. Meanwhile, Mane missed a superb chance after glancing a header wide from close-range as Spurs held on for a 1-0 half-time lead.

The Reds started the second-half well and were rewarded with a long-overdue equaliser as Fabinho found Henderson in the box with a looped ball, with the skipper meeting the ball with a left-footed half volley to score his first goal at Anfield since December 2015. Gazzaniga kept being tested by Liverpool's attack, with Firmino and Wijnaldum both coming close in quick succession as the Reds sensed blood looking for a second in front of the Kop.

With a little under 20 minutes to go, Mane got on the right side of Serge Aurier, who inadvertently fouled the forward inside the box whilst attempting to make a clearance, with referee Anthony Taylor pointing to the spot.

Salah, who hadn't scored in his last three league games, stepped up to the mark and smashed the penalty past Gazzaniga, who could do nothing but watch the ball go past him, to make it 2-1 to the Reds. Spurs thought they'd rolled in the ball for an equaliser just minutes later as Son found Kane in the box, who finished from close-range. However, the linesman had already flagged for an offside in the build-up.

Salah limped off the field in the closing stages as he looked to struggle with an ankle knock, with Joe Gomez replacing the Egyptian to shore things up at the back.

Despite a late chance for Danny Rose, Liverpool held on for victory as they maintained a six-point lead over Manchester City at the top of the table.

Disclaimer: Liverpool vs Tottenham highlights are provided and hosted by external sources, notably DailyMotion and vidstreamup.com. We help you discover publicly available material and act as a search engine. We do not host or upload this material and are not responsible for the content.