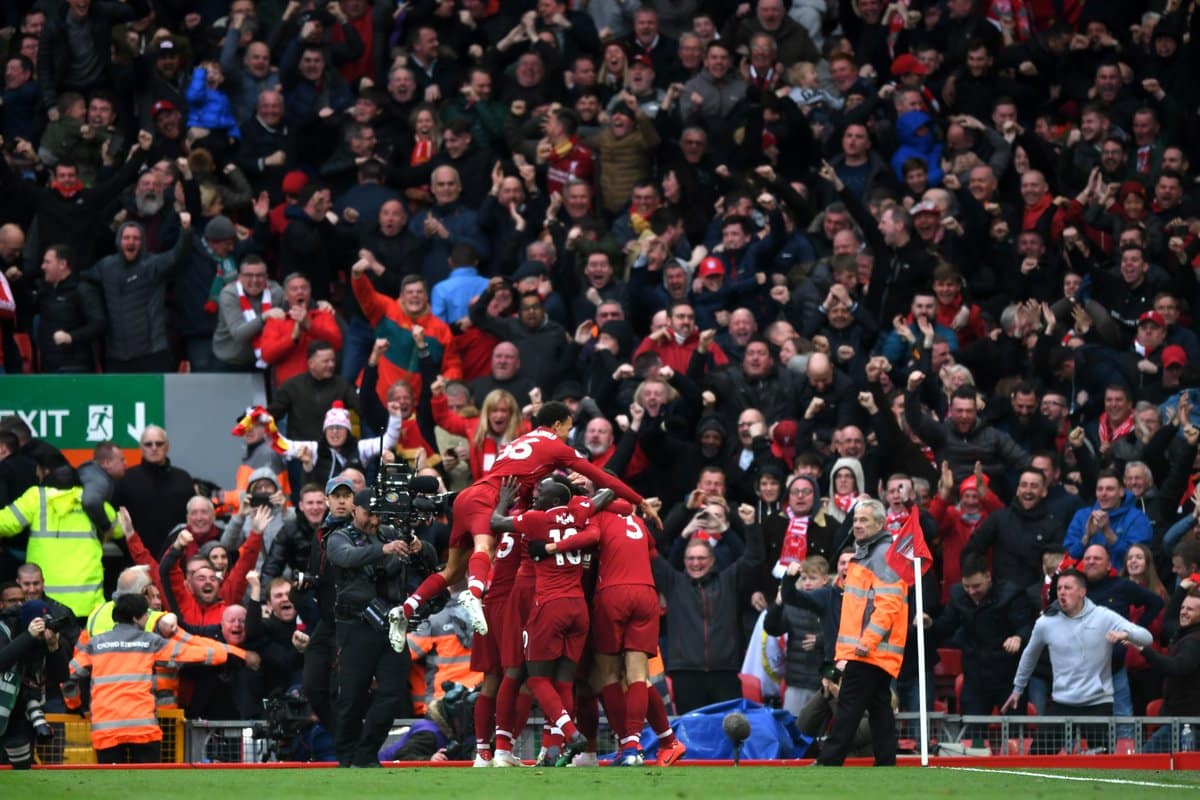 Liverpool vs Tottenham highlights - Liverpool scored in the last minute to earn a valuable three points against Spurs at Anfield.

Liverpool left it late once again as they beat Tottenham Hotspur 2-1 thanks to a 90th minute own-goal by Spurs defender Toby Alderweireld.

The Reds looked comfortable in the first-half having taken the lead through Roberto Firmino, however Mauricio Pochettino's side grew into the game.

The visitors dominated much of the second-half and were rewarded 20 minutes form time as Lucas Moura scored to level the game.

It appeared to be a huge blow to Liverpool's title aspirations, however the Reds dug deep and found an incredible winner in the last minute.

Trent Alexander-Arnold whipped in a cross to the far post for Mohamed Salah, who headed towards goalkeeper Hugo Lloris.

The Frenchman could only deflect the ball on to Alderweireld, who was unable to stop the ball from ricocheting into his own goal.

Anfield erupted as the all emotion in the stadium poured out at once; the importance of that goal was clearly felt in all four stands.

The result means Liverpool go back to the top of the Premier League table, holding a two-point advantage over Manchester City, albeit having played a game more. 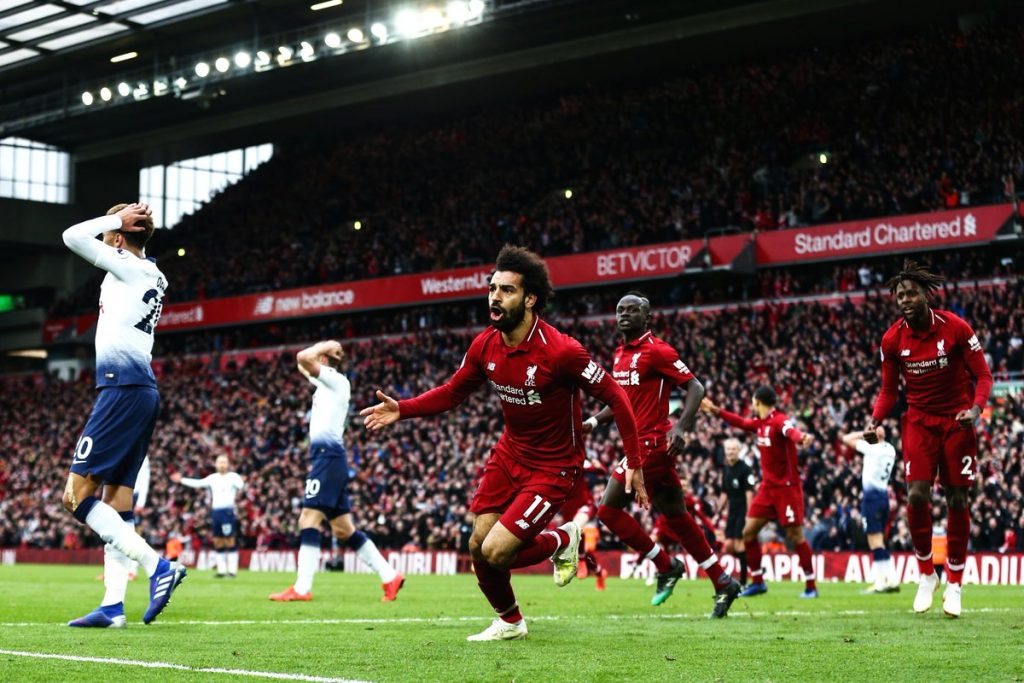 Next up for Jurgen Klopp's side is a trip to St. Mary's as they face Southampton in the Premier League on Friday night.