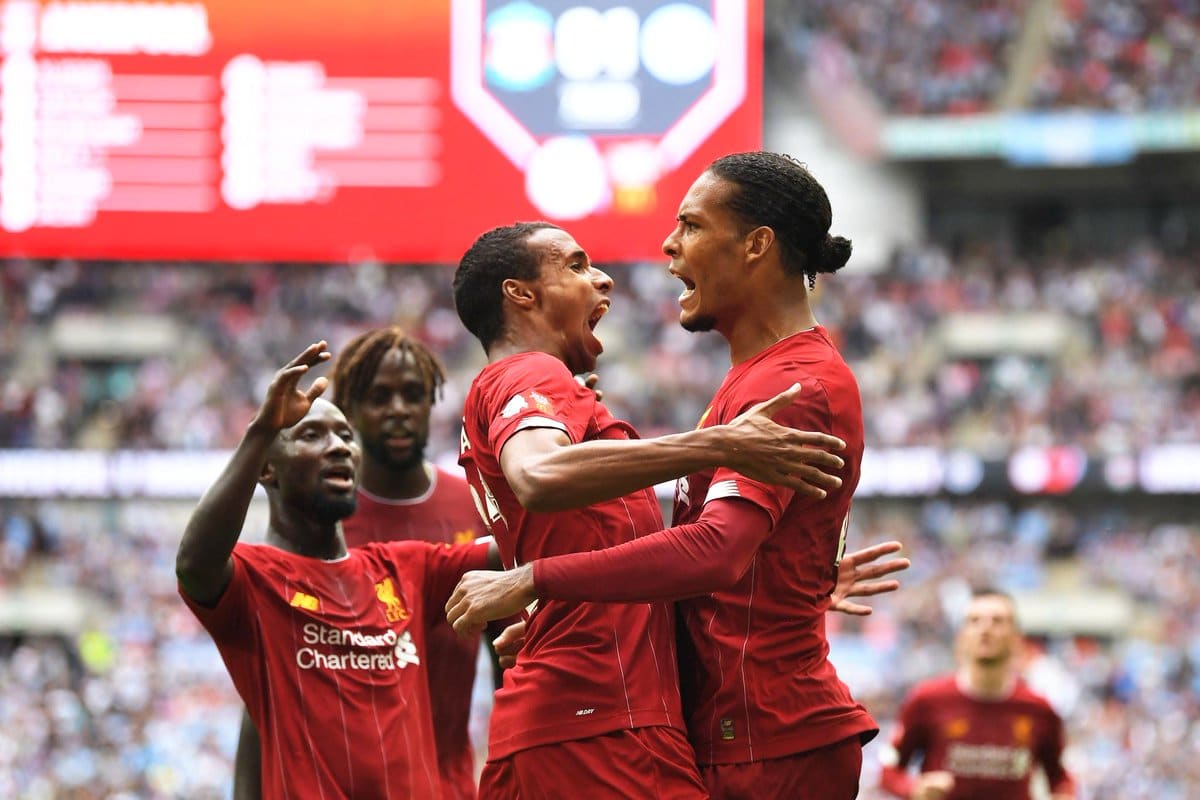 Liverpool vs Man City highlights - Liverpool succumbed to a penalty shoot-out defeat against Manchester City in the Community Shield on Sunday.

The Reds began their 2019/20 campaign against last term's Premier League champions Manchester City as they faced Pep Guardiola's side in the annual Community Shield at Wembley.

Liverpool boss Jurgen Klopp fielded the same back-four that did so well at the start of last season as Joe Gomez partnered Virgil van Dijk in the heart of defence.

Mohamed Salah and Roberto Firmino started in attack for the Reds, with Divock Origi taking up Sadio Mane's usual role on the left. James Milner was a late omission from the squad with a tight muscle.

Firmino started the game well as he came close to giving Liverpool the lead with a fantastic volley, only for goalkeeper Claudio Bravo to hold on well. The Brazilian then set up Salah minutes later, however last year's top scorer could only drag his shot wide.

City kept possession well and took the lead in the 12th minute as a floated ball from Kyle Walker was headed back across by Oleksandr Zinchenko. The ball fell to Raheem Sterling, who bundled his shot past Alisson from close-range. 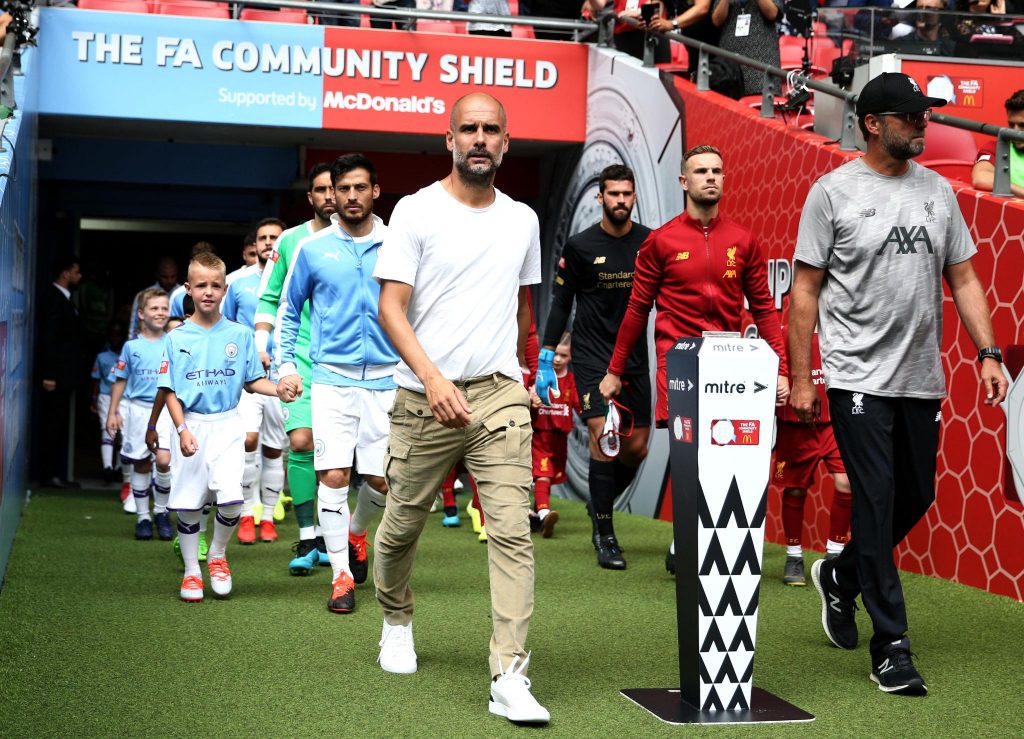 Liverpool were having plenty of joy going forward, however City kept carving the Reds open at will at the back as the half wore on.

Both backlines looked shaky, with Sterling and Salah threatening on occasion, however the pace of this contest began to drop after the half-hour mark with City taking a 1-0 lead into the break.

The second half began much like the first, with both teams bombing forward at will. However, the Reds managed to grab a foothold in the game after the first five minutes, with City retreating back into their own half.

Van Dijk managed to divert the ball past Bravo with a half-volley from a corner, only for the ball to hit the crossbar and agnosingly bounce on the line. Seconds later, Salah showed wonderful feet to dance past City's defenders, however, he could only manage to hit the woodwork with his low effort. 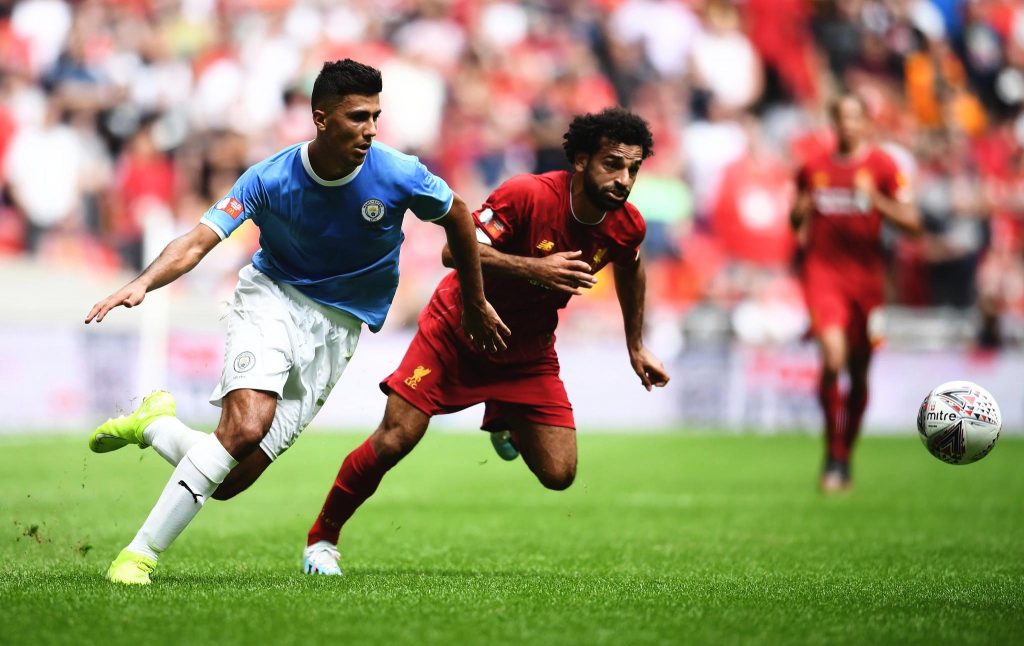 As the game took on an end-to-end nature, Sterling saw himself through on goal just after the hour mark, with Walker bombing forward in support. Van Dijk managed to sprint back and distract the Englishman, who fell at the feet of Alisson when it looked easier to score.

The Reds kept applying pressure on City's back-line and got their just reward with 15 minutes to go as Van Dijk squared the ball in the box to find substitute Joel Matip, who headed home to equalise in front of the Liverpool end.

Naby Keita, Xherdan Shaqiri, Adam Lallana and Alex Oxlade-Chamberlain all came on as Klopp looked to help his side over the line in the final ten minutes.

Keita was involved in the action straight away as he got a shot off from the edge of the box, however, it went straight to the hands of the waiting Bravo. 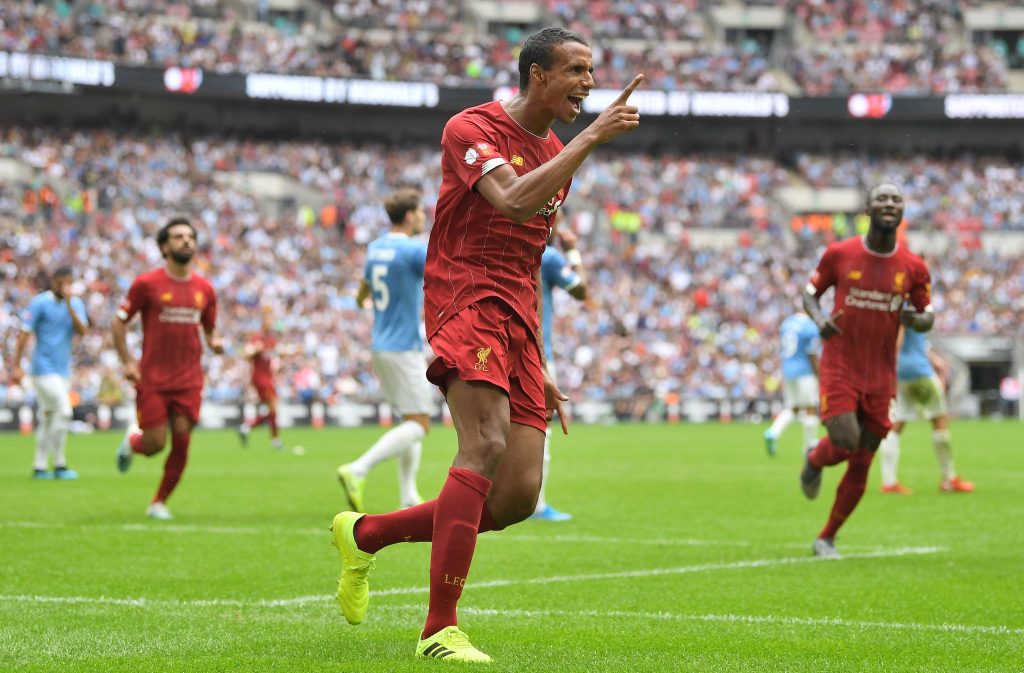 With penalties looming, Salah was kept out by Bravo once again, however he managed to divert the rebound goalwards, only for Walker to clear the ball off the line in acrobatic fashion as the two sides finished the 90 minutes level.

Shaqiri stepped up and converted the first penalty in the shoot-out, which took place right in front of the Liverpool supporters. Ilkay Gundogan managed the same for City with both sides starting confidently.

Gini Wijnaldum then saw his penalty saved by Bravo, as Bernardo Silva made it 2-1 to City by converting his effort. Lallana brought it back with a well-placed penalty, only for Phil Foden to restore City's lead.

The returning Oxlade-Chamberlain smashed his penalty into the roof of the net to make it 3-3, however, Zinchenko managed to squeeze his shot past Alisson to make it advantage City once more.

Salah converted the Reds' fifth penalty with a smashing shot, however Gabriel Jesus kept his cool to give City the win and see Guardiola's side lift the Community Shield.

Disclaimer: Liverpool vs Man City highlights, goals and full-match videos are provided and hosted by external sources, notably DailyMotion and Content-Ventures. We help you discover publicly available material and act as a search engine. We do not host or upload this material and are not responsible for the content.