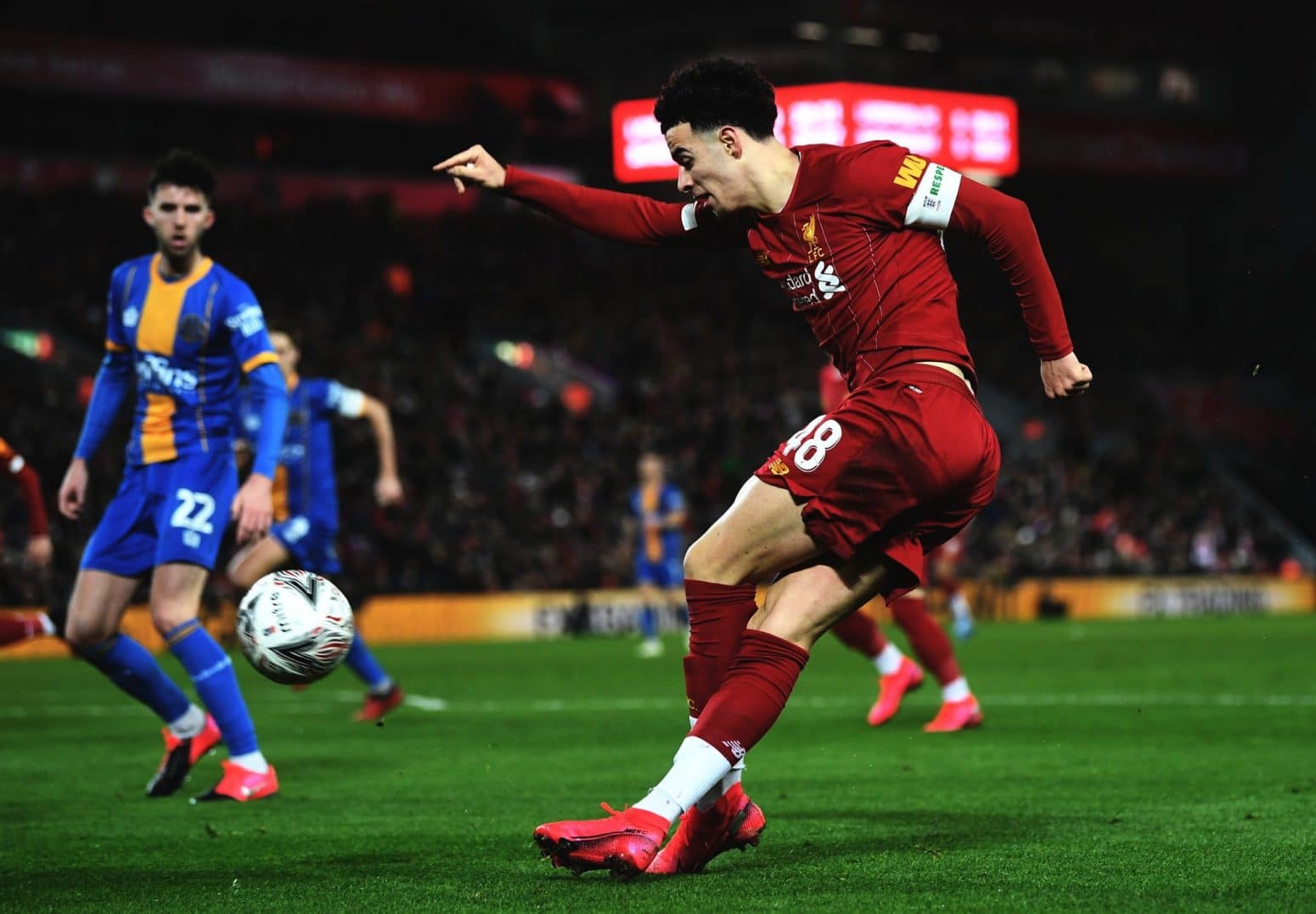 Curtis Jones led a youthful side out against Shrewsbury, with Neil Critchley on the sidelines in place of Jurgen Klopp, who's on a winter break alongside the Liverpool first-team.

The young Reds got off to a solid start as they kept the ball and set up much the same way as the usual Reds first-team.

Liverpool were on top throughout the first 20 minutes but failed to create any clear-cut chances as they played their way into the game. 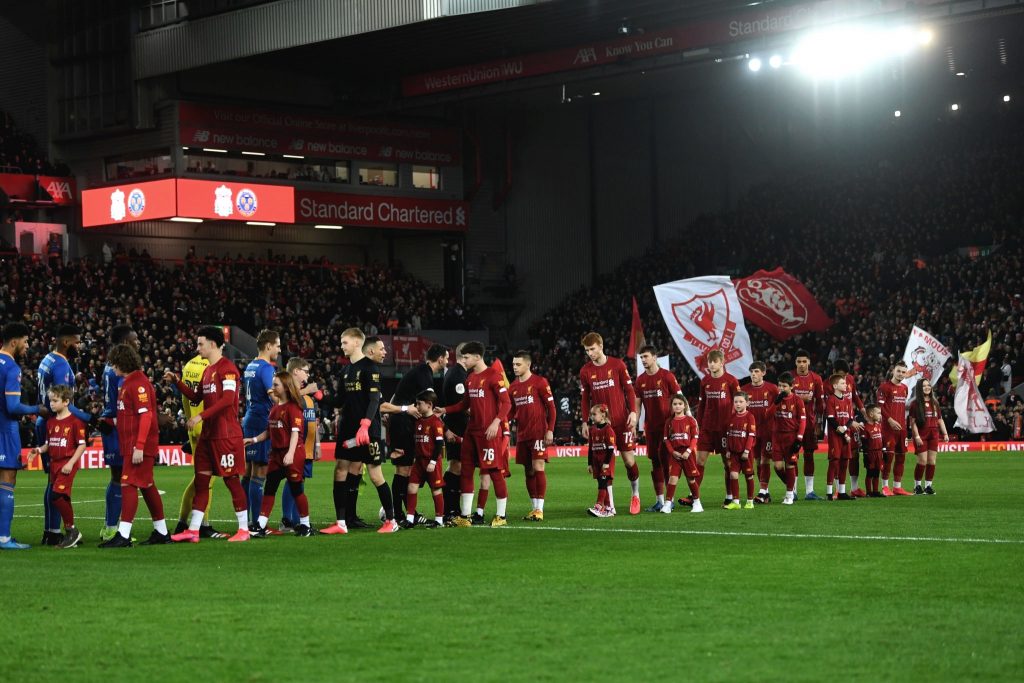 Sam Ricketts’ side showed promise on the break but Liverpool were well-drilled at the back as they comfortably kept the visitors at bay.

Jones, Pedro Chirivella, Leighton Clarkson looked particularly impressive for the Reds as they dominated in dangerous areas outside the visitors’ box.

An excellent move between Jake Cain and Clarkson saw right-back Neco Williams take a shot from close-range, but Shrewsbury managed to get bodies in the way to avert the danger.

Williams should have put the Reds ahead after the break after a fantastic move as he was played in by Jones. However, Max O'Leary produced a brilliant save to deny the youngster from close-range. 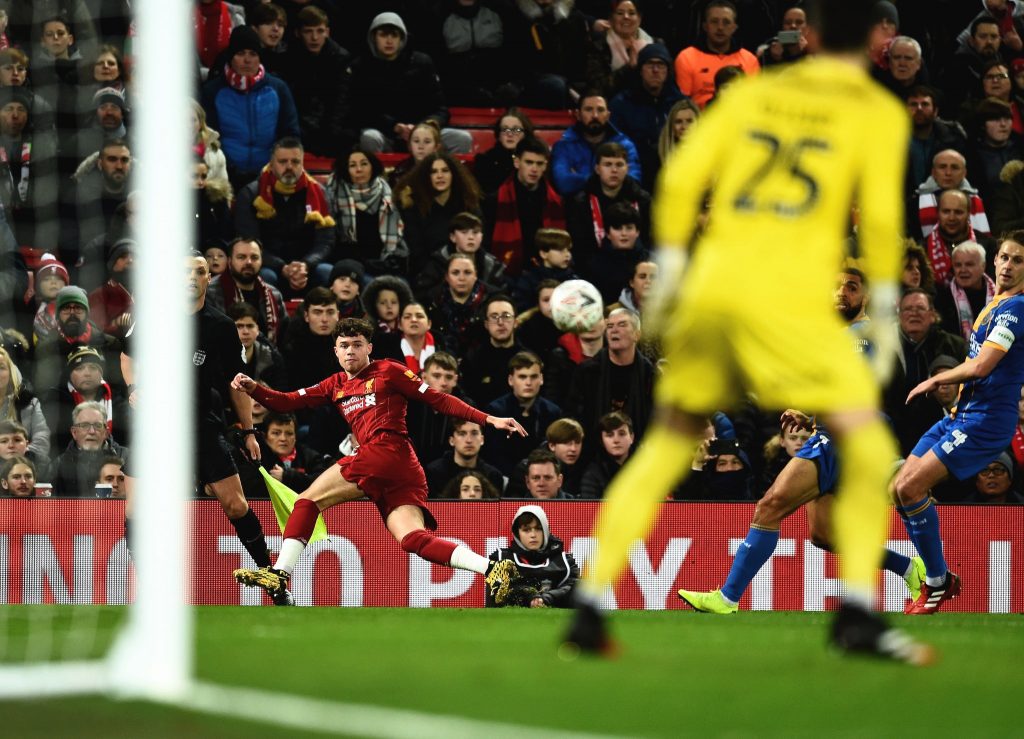 Despite Liverpool making a quick start to the second half, it was the visitors who edged ahead as Caoimhin Kelleher palmed David Edwards' header towards Shaun Whalley, who headed in from close-range.

However, VAR intervened and disallowed the goal as a Shrewsbury player was ajudged to be offside in the build-up.

A long ball by Chirivella saw Jones beat the offside trap and go through on goal. However, he scuffed his effort and failed to make contact in a big let-off for the League One side.

Liverpool took the lead in the most bizarre of circumstances as Williams' long ball towards Elliott was intercepted by Ro-Shaun Williams, who headed the ball over his keeper and into the back of the net. 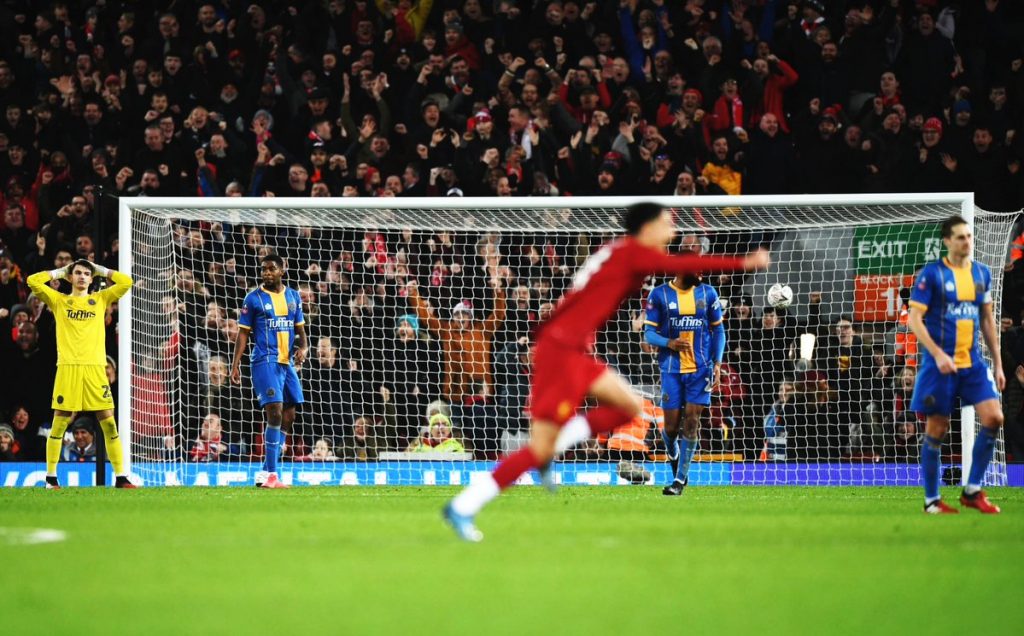 The own goal was enough for Critchley's side on the night as the youngsters performed admirably and vindicated Klopp's decision to take the winter break as planned.

The result sees Liverpool seal qualification to the FA Cup fifth round, with a trip to Stamford Bridge to face Chelsea set to come next month.

Disclaimer: Liverpool vs Shrewsbury highlights are provided and hosted by external sources, notably DailyMotion, Youtube and forstreams.com. We help you discover publicly available material and act as a search engine. We do not host or upload this material and are not responsible for the content.