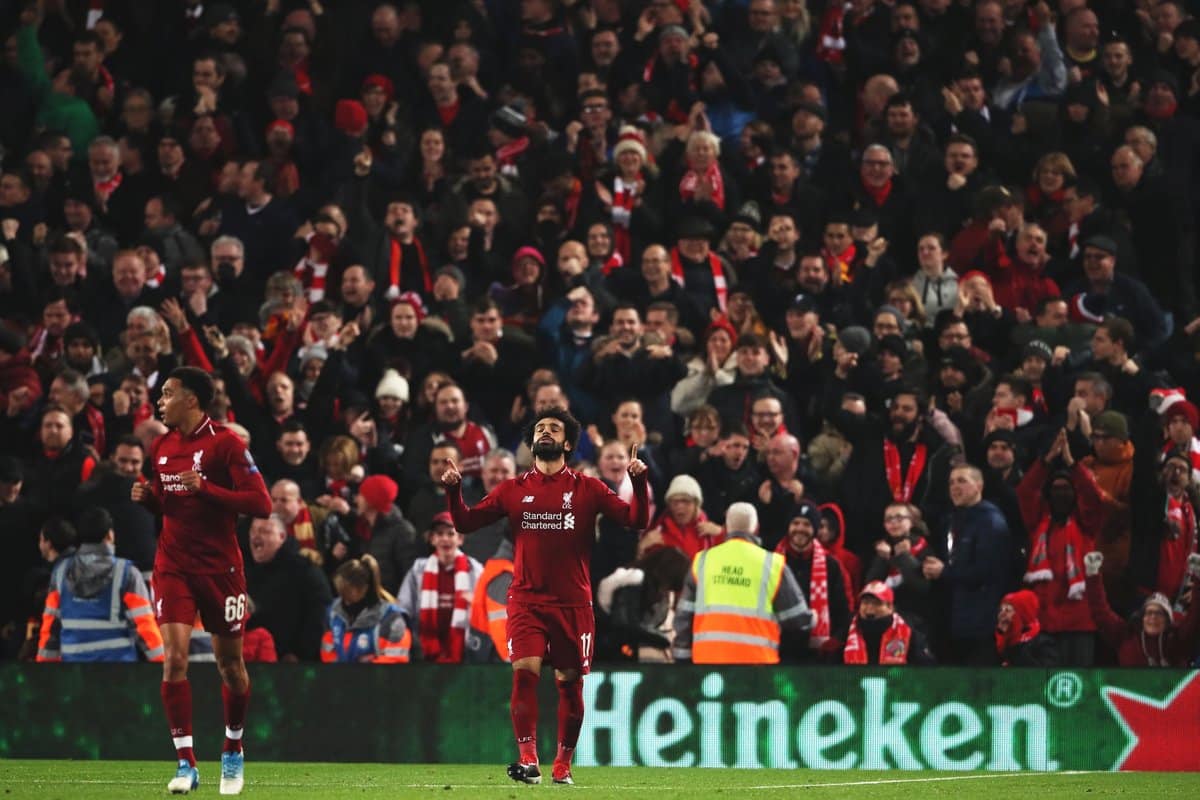 Liverpool progressed to the knockout stages of the Champions League with a 1-0 victory over Napoli at Anfield on Tuesday night.

The Reds required a 1-0 win, or a victory by two clear goals should the visitors have scored, and they did just that on a rocking night on Merseyside.

Mohamed Salah scored in the first-half to secure three crucial points against Carlo Ancelotti's side, taking their place in the next stage of the competition. 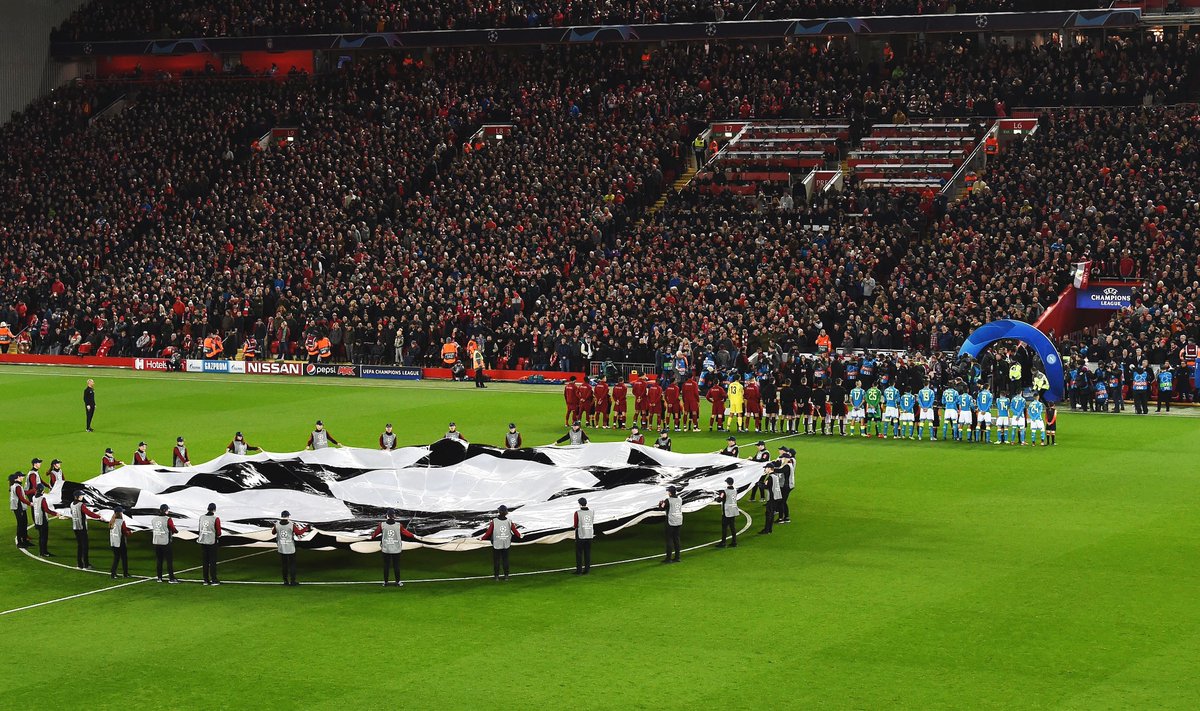 Jurgen Klopp's side leapfrogged Napoli on goals scored, having equalled their head-to-head record and goal difference.

Liverpool finish second in Group C, despite losing their previous three away games against the Serie A side, Red Star Belgrade and Paris Saint-Germain, who top the table.

The boss made three changes to the side that beat Bournemouth at the weekend, with Xherdan Shaqiri, Naby Keita and Fabinho making way for captain Jordan Henderson, Trent Alexander-Arnold and Sadio Mane.

Anfield was bouncing in the early exchanges, with the Kop in full voice in hope for another famous European night under the lights.

Both sides started on the front foot and looked to get on the ball. Indeed, either side could have taken the lead in the opening ten minutes. 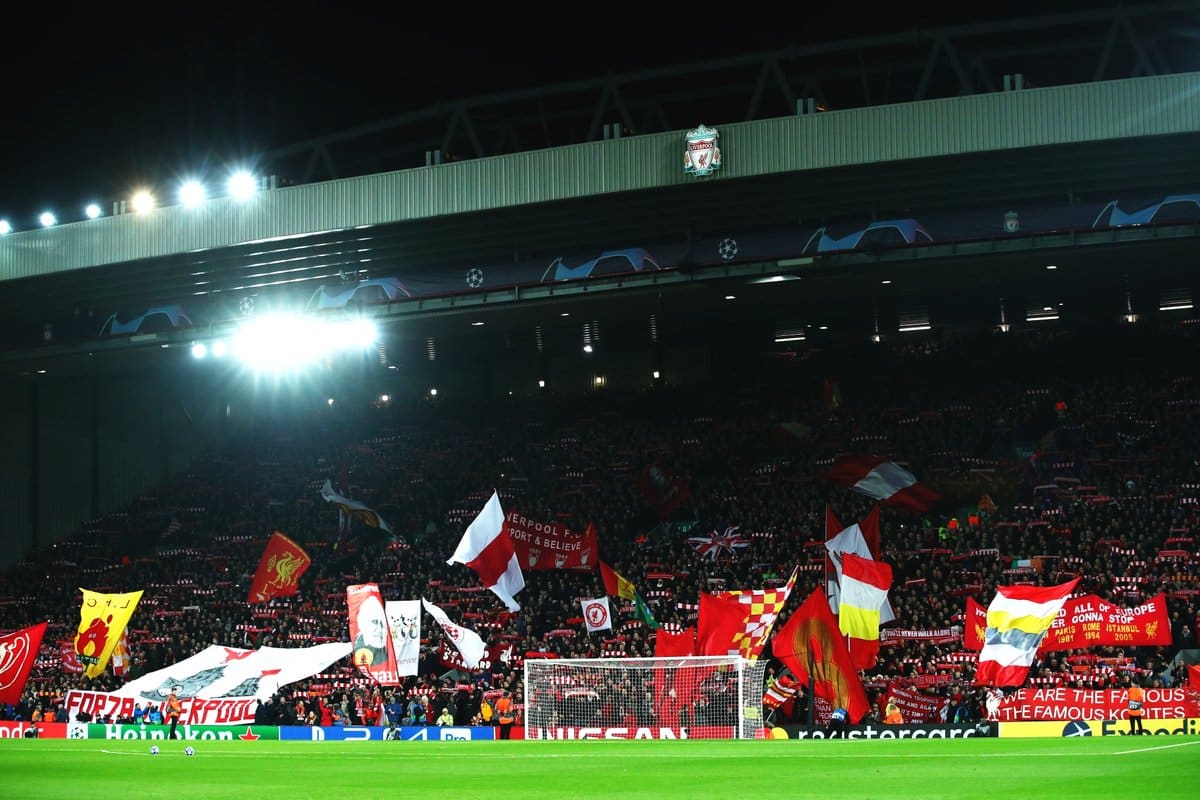 A fantastic cross from Andy Robertson was mis-controlled by Salah in the box, who may have been better off trying to finish first time past goalkeeper David Ospina.

Marek Hamsik then came close at the Kop end, with a well-hit shot going over the crossbar, before the Reds bounced back with an attempt from James Milner.

Virgil van Dijk thwarted Dries Martens from running through on goal with a hard sliding tackle, and, despite getting the ball, he saw himself booked for his follow-through on the Belgian.

The game started to settle into a gentler rhythm, before Alexander-Arnold sent in a low cross for Mane in the middle to convert, however the Senegal international was one of three Reds to be flagged for offside.

However, the Reds finally did take the lead after the half-hour mark with a tightly-marked Salah pushing off Mario Rui and going past Kalidou Koulibaly to slot the ball home at the near post.

The Reds went into the second-half with a 1-0 lead and they could have doubled that advantage just minutes after the restart.

Roberto Firmino slid through Salah, who held off Rui once more, however his near post prod ended inches wide, prompting Klopp to encourage his side to keep going from the sidelines.

Liverpool started to control the game for a large spell, including a powerful header from Firmino that was aimed straight at Ospina. 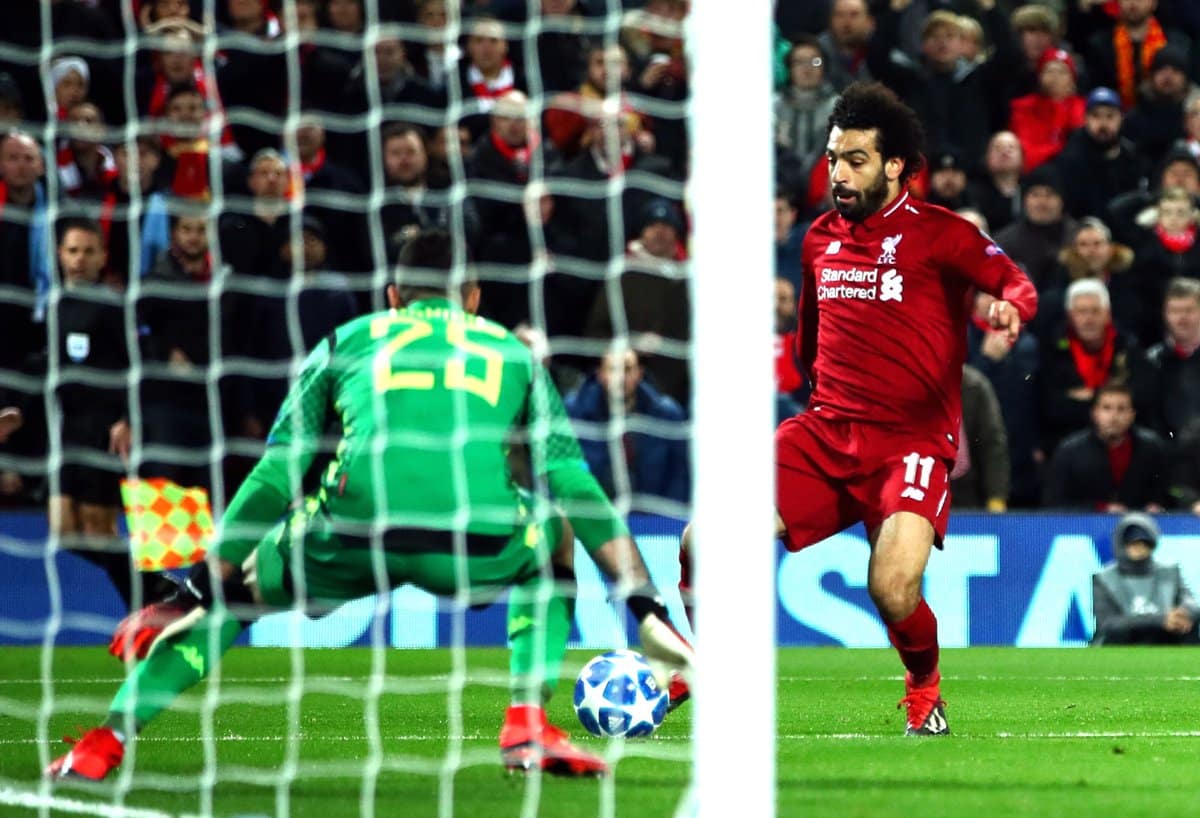 The visitors made their three substitutes in the space of eight minutes and it started to pay dividends for Ancelotti, whose side started to get a foot back in the game.

However, the Reds always looked threatening on the counter-attack, with Salah getting in behind on a couple of occasions but to no avail.

Mane could - and should have - finished better after a surging run and pass from Robertson in the box, however Ospina was awake to the danger and reacted well to keep him out once more.

Jose Callejon then came close to securing the all-important goal for the visitors, however his close-range effort was blasted over the bar, much to the anguish of the travelling fans.

Mane had another opportunity to get Liverpool's second, however he clearly did not have his shooting boots on, with his left foot shot being placed wide of the post.

With a minute of injury time played, Napoli created their final chance via Arkadiusz Milik, who controlled the ball and shot towards goal, only for Alisson to come to the Reds' rescue with a fantastic reflex save.

The 1-0 score proved to be enough for Klopp's side on the night - and despite a couple of nervy moments - the manager's game plan appeared to go exactly how he would have wanted.