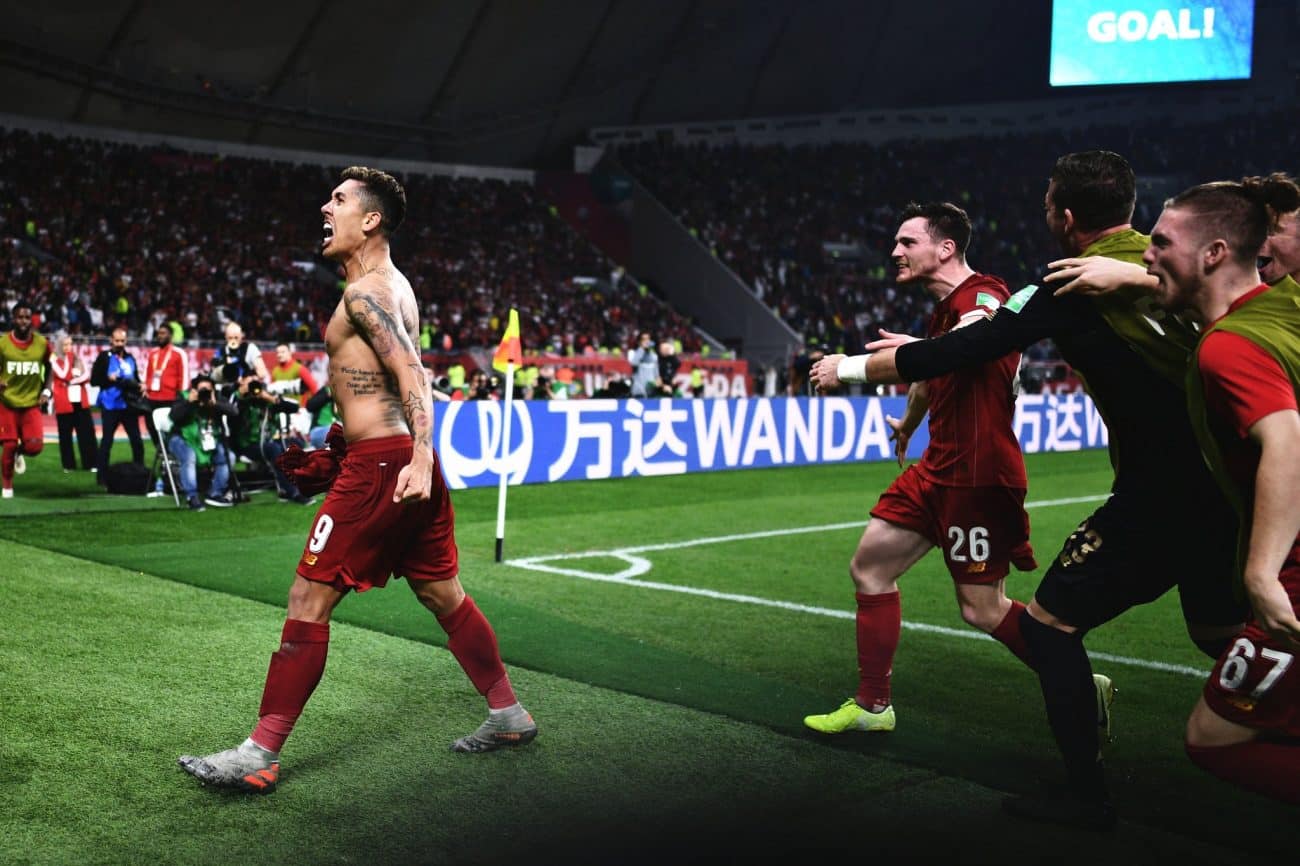 Jurgen Klopp made four changes to the side that beat Monterrey in the semi-final as Trent Alexander-Arnold, Virgil van Dijk, Roberto Firmino and Sadio Mane returned the starting eleven.

Liverpool had a glorious opportunity inside the opening minute as Firmino was played through on goal, however, the Brazilian surprisingly blazed over the bar from close-range. 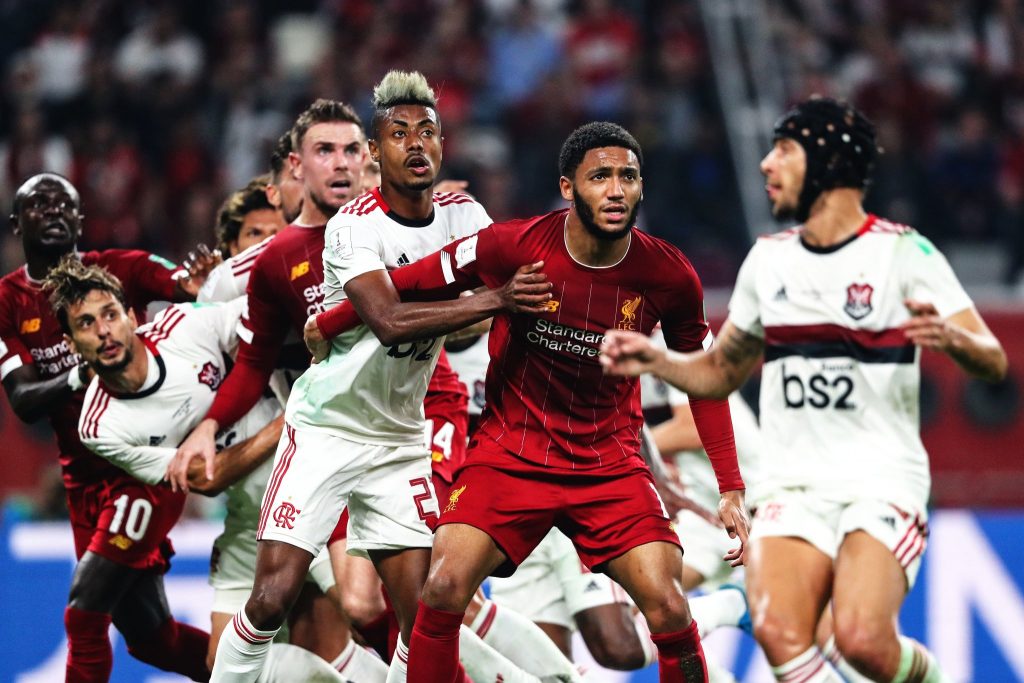 The Reds imposed their game early on and came close again through Naby Keita, who failed to get his shot on target after good work from Mohamed Salah, before Alexander-Arnold’s powerful drive went inches wide of the post.

Liverpool did a fantastic job of nullifying Flamengo’s attack as they looked determined not to allow the Brazilian side any space in the middle of the park.

Bruno Henrique could have given Jorge Jesus’ side the opener against the run of play after getting in behind Alexander-Arnold, only for the speedy Joe Gomez to get across and get a solid block in on the winger’s shot.

Despite Liverpool’s early dominance, Flamengo played their way into the game and started to dictate the tempo, although they failed to create any clear-cut chances.

Liverpool started the second half well and should have gone ahead as Firmino created a yard for himself inside the box, with the striker’s effort hitting the inside of the woodwork and agonisingly staying out. 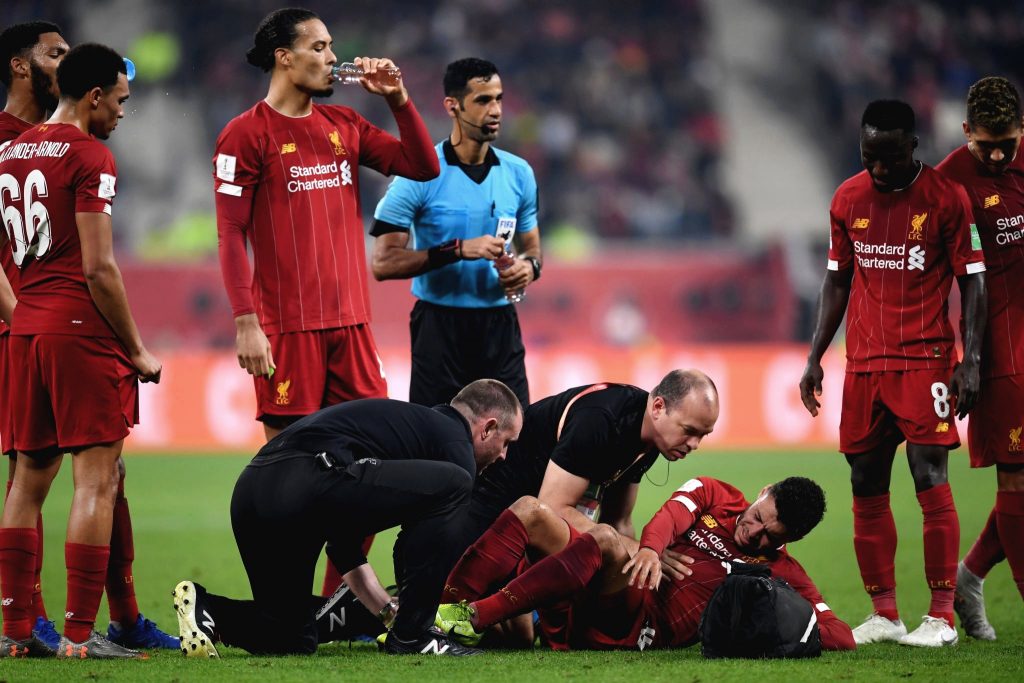 Salah came close minutes later as he diverted Alexander-Arnold’s low driven cross goal-wards, but the Egyptian failed to impart enough curl on the ball as it went wide.

Liverpool were dealt a huge blow with a little over 20 minutes to go as Alex Oxlade-Chamberlain fell awkwardly and twisted his ankle, hobbling off injured and in visible pain for Adam Lallana.

Salah could have given Klopp’s side the lead on two different occasions, first seeing his effort rightly ruled out for offside and then failing to get on the end of Andy Robertson’s cross as the Reds continued to look for a decisive moment.

A well-worked move by Liverpool saw Salah set up a Jordan Henderson strike from long-range, with the skipper’s excellent drive tipped over the bar by Flamengo goalkeeper Diego Alves. 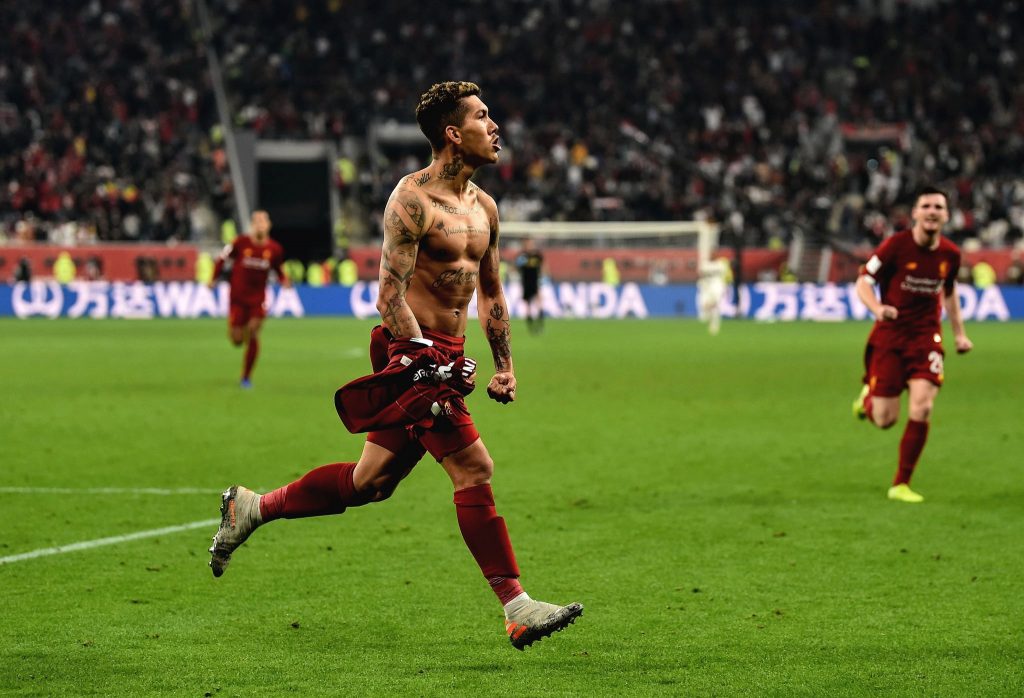 With the game in its final stages, the Reds were awarded an injury-time penalty for a foul on Mane, who was played through on goal before being brought down by right-back Rafinha.

However, the referee overturned his own decision after checking the VAR monitor, with the challenge being adjudged to be fair and Flamengo getting a free-kick in their favour instead.

Liverpool finally broke the deadlock in the first-half of extra-time as Mane played in Firmino with an excellent reverse ball, with the Brazilian showing excellent composure to finish into the back of the net.

The Reds managed to see out the conclusion of the game, despite a few nervy moments, as they won their third trophy in 2019.

Disclaimer: Liverpool vs Flamengo highlights are provided and hosted by external sources, notably DailyMotion, Youtube and allstreamup.com. We help you discover publicly available material and act as a search engine. We do not host or upload this material and are not responsible for the content.