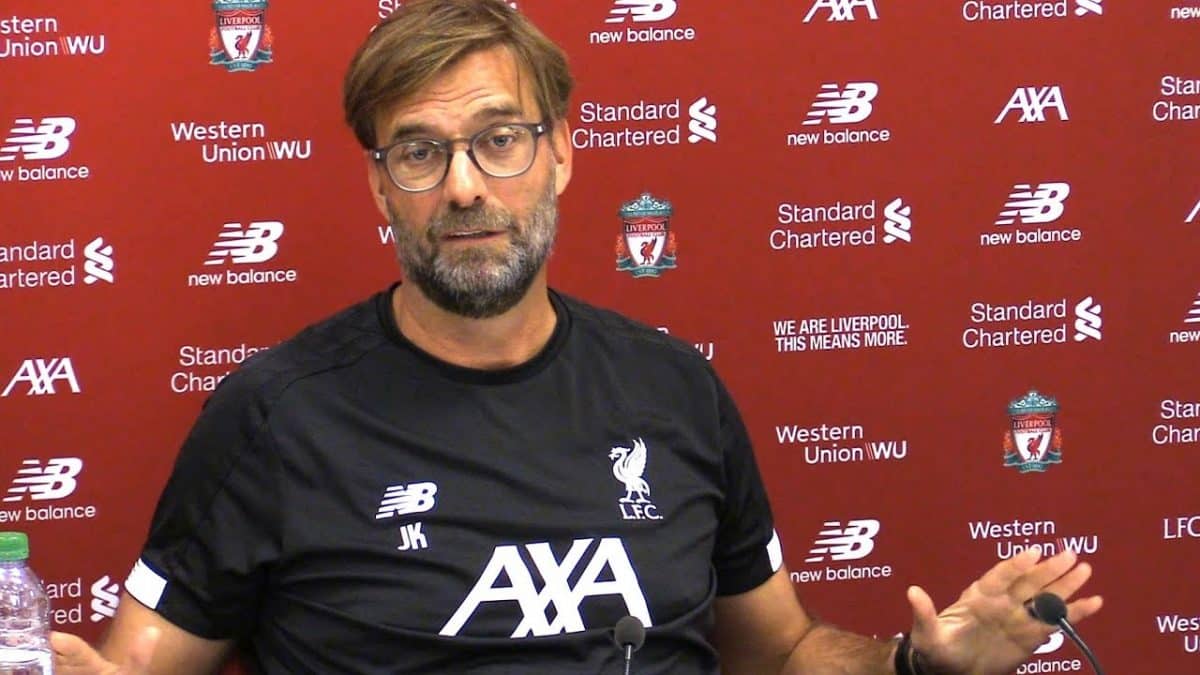 Jurgen Klopp spoke to reporters assembled at Melwood on Friday ahead of Liverpool's clash against Aston Villa this weekend.

The Reds return to Premier League action on Saturday as they look to consolidate their position at the top of the table with a win over Dean Smith's side at Villa Park.

This is the final match-day before Liverpool and second-placed Manchester City face-off for a huge clash at Anfield next Sunday, with the Reds hoping to, at the least, keep their six-point lead before then.

Klopp admits his side have made a great start to the campaign, one that is "much better" than they expected, however, there is still a long way to go in the season.

“There’s a long way to go [in the season], a lot of problems to sort and a lot of yards and miles to run and it’s the base we have created is much better than we could have expected, points-wise,” he said

“But the only thing we are thinking about is Aston Villa and how we can deal with that challenge.

“It’s a tough one. Aston Villa are obviously a very very good team, their start was a bit unlucky and they’ve performed very much from the beginning but didn’t get the results.

“They will 100 percent want to be one reason that our start will not be even better than it is so far – so we have to be ready for that.”

The manager ruled out Joel Matip for a further few weeks, whilst he said he is unsure whether Naby Keita will be fit for the clash after suffering a knock against Arsenal in midweek.

Klopp also weighed in on the possibility of Fabinho being left on the bench at Villa Park, with the Brazilian midfielder at risk of suspension against Man City next week should he pick up his fifth yellow card of the season against Villa.