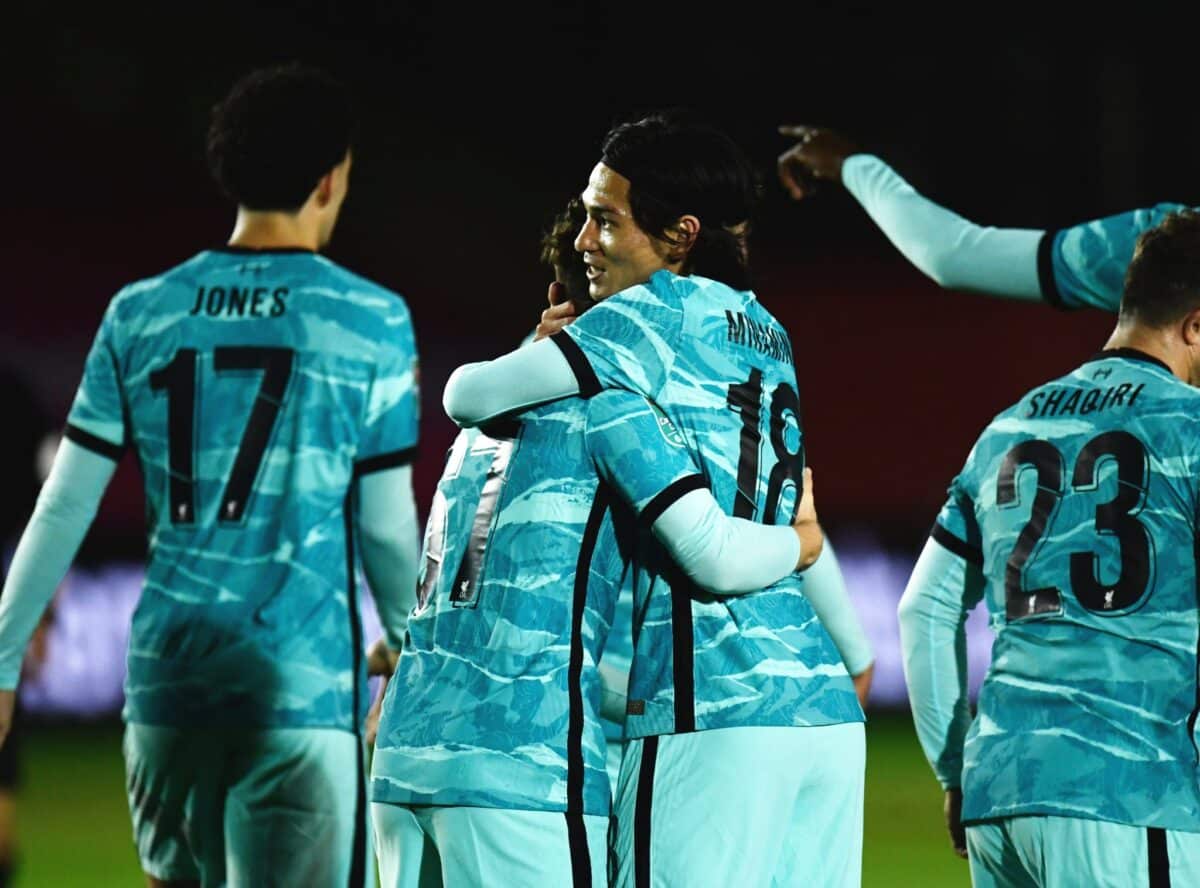 Watch all the goals and highlights as Liverpool beat Lincoln City 7-2 in the Carabao Cup on Thursday evening.

It was a successful outing for the Reds, who progress to the fourth round of the Carabao Cup to set up a clash against Arsenal at Anfield.

A powerful free-kick from Xherdan Shaqiri and an excellent finish from Takumi Minamino from the edge of the box put Liverpool 2-0 ahead inside the opening 20 minutes.

The Reds were in total control of the game and they made it 3-0 just after the half-hour mark as Curtis Jones made space for himself inside the box and curled the ball inside the far post with a sublime finish.

It took just four minutes for him to add the Reds' fourth, as he eluded a pack of defenders and sent a strike goalwards, which found its way into the back of the net following a deflection.

Liverpool continued in their relentless manner in the second half as Minamino finished from close-range just 18 seconds after the restart to score his second and make it 5-0.

Lincoln grabbed an unlikely goal through winger Tayo Edun after the Reds lost the ball inside their own half. But it didn't take long for the Reds to restore their five-goal advantage as Marko Grujic's effort made its way past goalkeeper Alex Palmer.

The Imps grabbed a second just two minutes later as Lewis Montsma headed home from a corner to make it 6-2. But Divock Origi scored late on to seal a 7-2 victory for the Reds as they progressed to the fourth round.

Disclaimer: Lincoln vs Liverpool highlights, goals and full match videos are provided and hosted by external sources. We help you discover publicly available material and act as a search engine. We do not host or upload this material and are not responsible for the content.