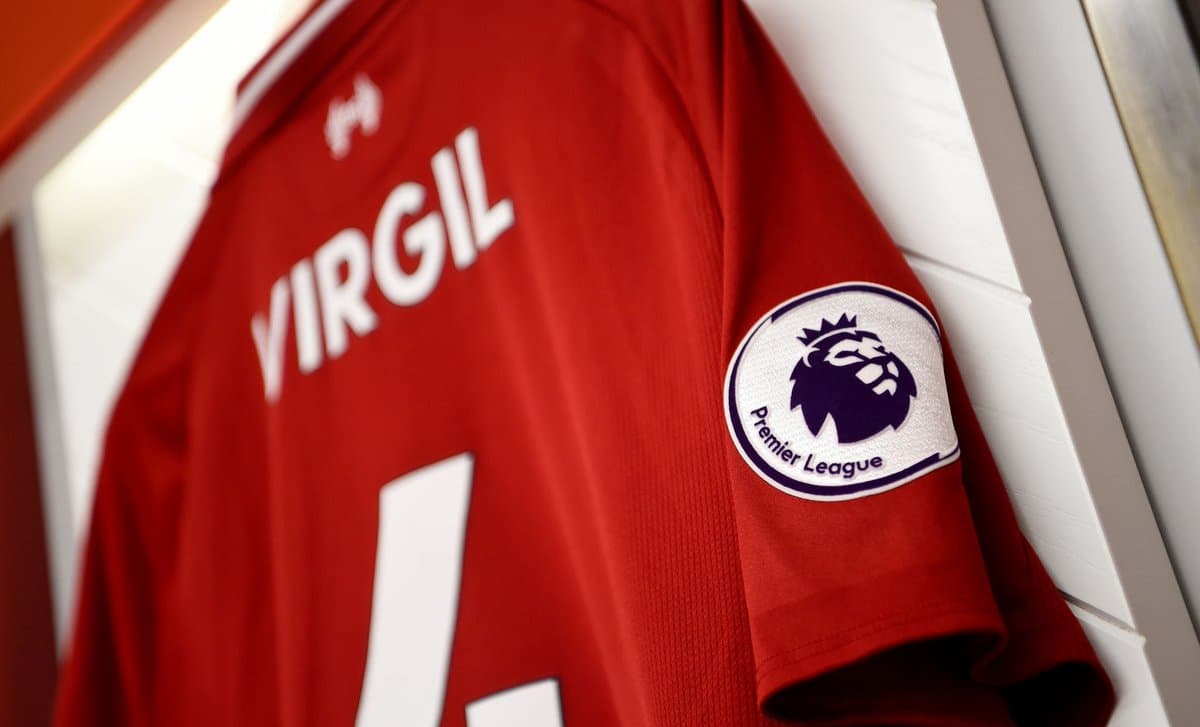 Liverpool's 2019/20 kit has been leaked online and it shows a much-changed design for the new Liverpool home kit.

The Reds are entering their final year with kit manufacturers New Balance and they are likely to head away from the firm as they seek a mega-bumper deal.

Liverpool's 2019/20 home kit, likely to be the last supplied by the manufacturers, has been leaked by Footy Headlines, notoriously known to be a reliable source of new kit information.

The leaked images show the Reds sporting a brighter shade of red than their current kit, whilst the club crest and New Balance's logo is now in gold. The Standard Chartered logo is left to stand out in white. 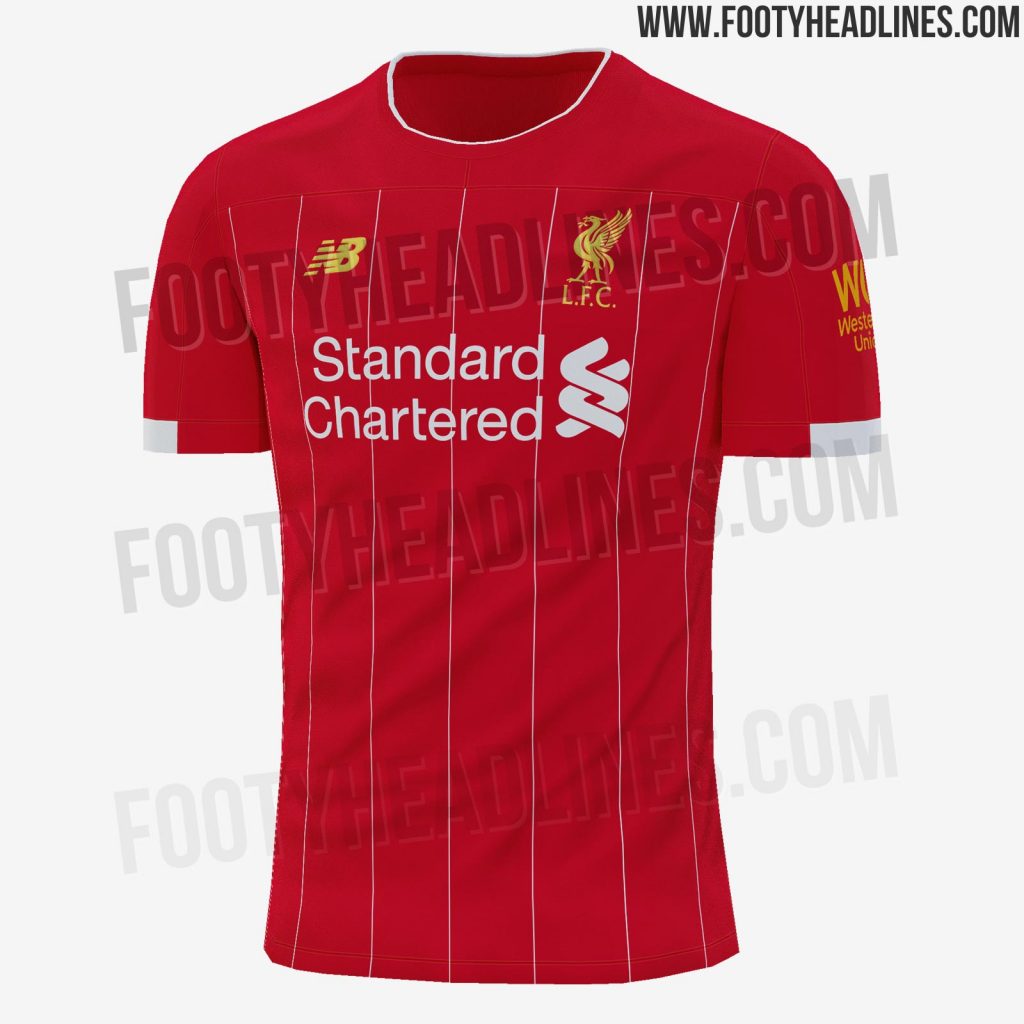 The kit also features white pinstripes down the middle, with white details also present on the bottom of the sleeves.

If the images are accurate, it appears New Balance's design team have taken inspiration from Liverpool's past kits in the 1970s and 80s era. 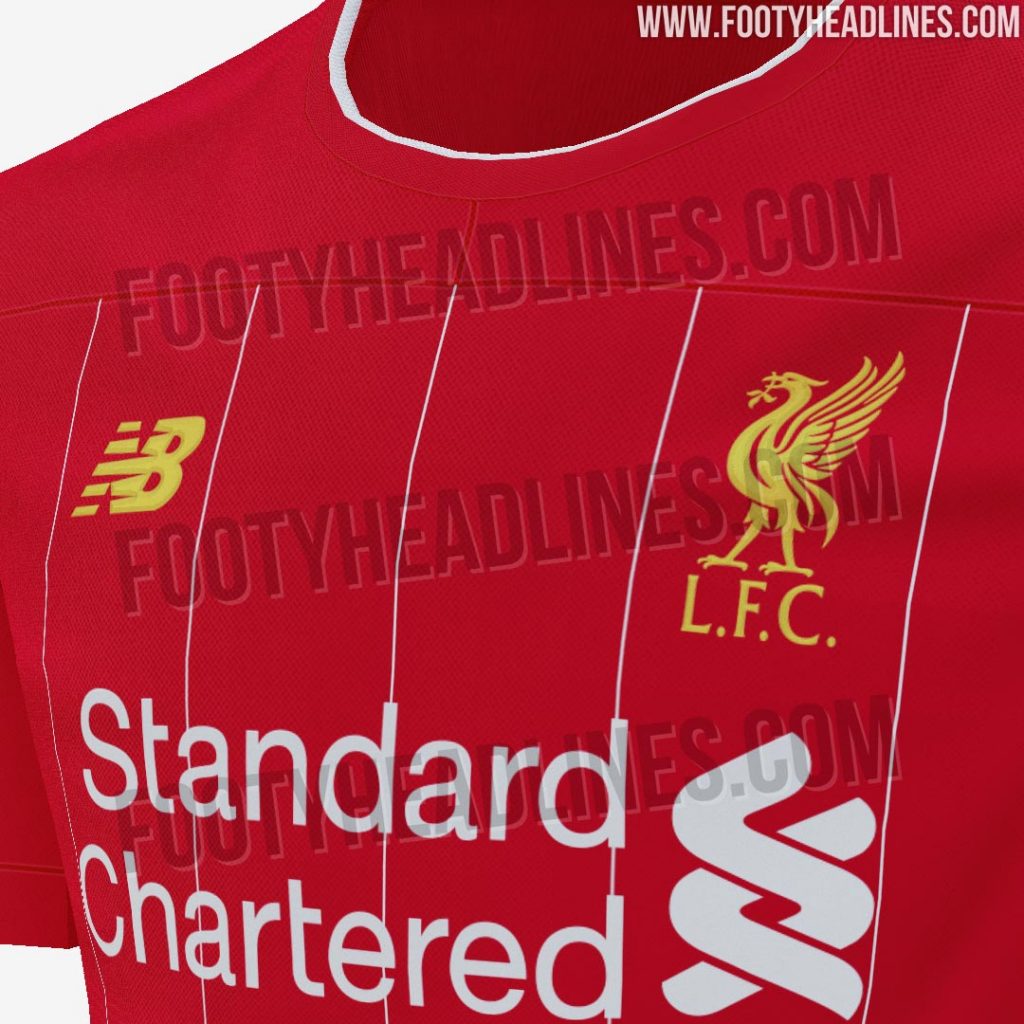 As is customary, Liverpool are likely to wear their 2019/20 kit in one of the last home games of the season, most likely against Wolves on the last day of the season.

Liverpool have been rumoured to be in talks with Adidas and Nike over a new deal after the expiration of their current contract, with the club seeking in excess of £75million a year from manufacturers.