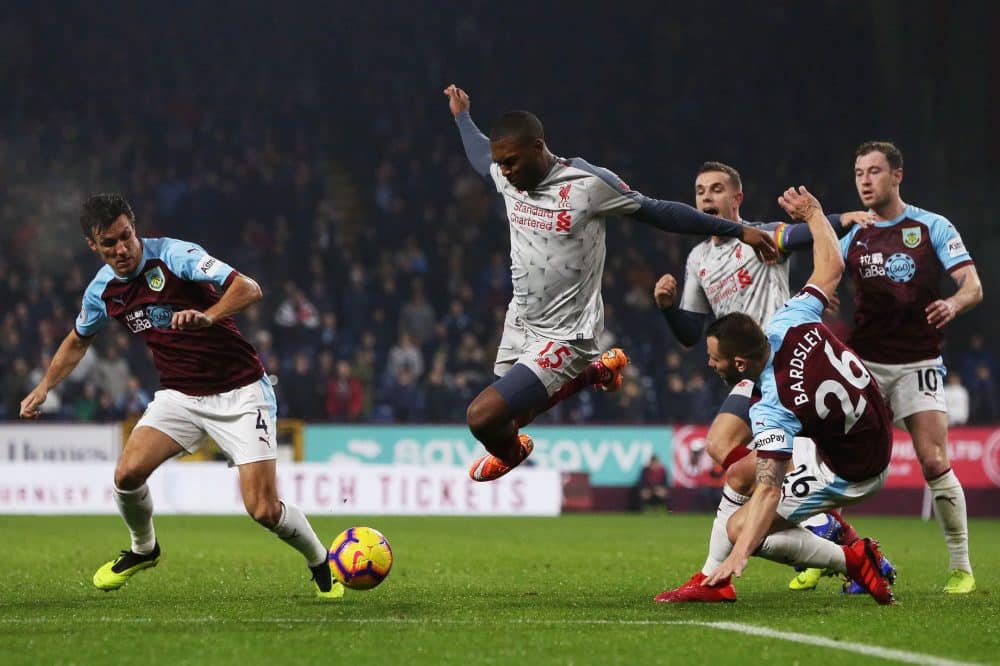 The two managers were seen in heated discussion after Liverpool's 3-1 victory at Turf Moor on Wednesday night.

Speaking at his post-match press conference, Dyche voiced his frustration at Sturridge for going down too easily to win a free-kick in the first-half.

“It’s funny, he didn’t reference Daniel Sturridge’s cheating,” Dyche responded when asked about Klopp's comments of the Clarets being too physical.

“I just can’t believe Jurgen Klopp and Liverpool fans – and I don’t believe they do – would want cheating in the game and sacrifice good, honest challenges.” 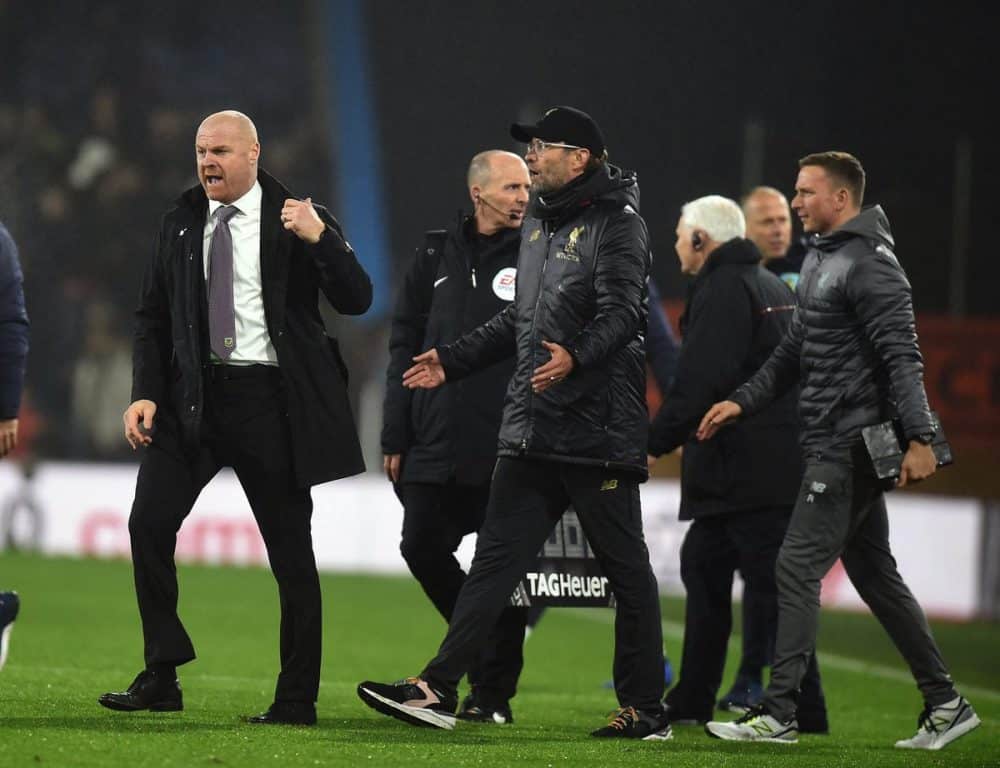 However, this prompted Klopp to leap to his striker's defence ahead of their visit of Bournemouth on Saturday.

At his pre-Burnley press conference, Klopp said: “Daniel Sturridge is no cheat.

“I think what Sean tried to do there is to bring up another subject so somebody could speak about that.

“It was a normal situation which can happen, sometimes a striker expects a tackle and tries to avoid it by jumping?

“I can’t avoid it if people want to discuss Daniel, but on the other side I said what I had to say about that after the game, and different opinions are allowed obviously.”

The Reds came back from a goal down to beat Dyche's side 3-1, leaving them joint bottom of the Premier League with just nine points.

Klopp will now be hoping his side can keep up their momentum with a victory against Bournemouth at the weekend, with Man City facing Chelsea away from home.