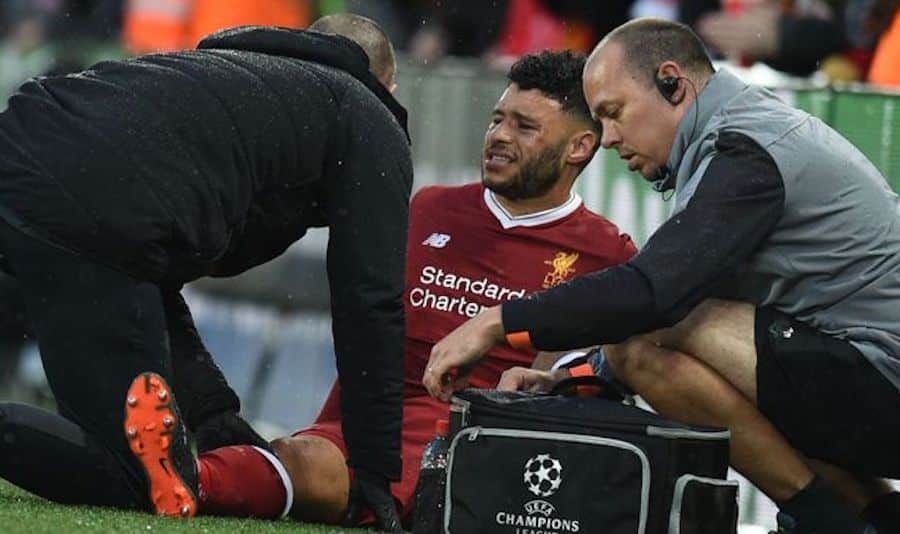 Alex Oxlade-Chamberlain’s season-ending knee injury left Jürgen Klopp speechless, but the manager says he has no doubt that Liverpool’s no.21 will respond positively.

Oxlade-Chamberlain was forced off inside the opening 20 minutes during Liverpool's 5-2 Champions League semi-final first-leg victory over AS Roma on Tuesday after the midfielder made an innocuous tackle on Aleksandar Kolarov.

Scans on Wednesday revealed that the former Arsenal man, who joined Liverpool for £35m last summer, sustained ligament damage that will rule him out from playing any further part in the Reds’ season and this summer's World Cup in Russia.

“I have no words for that,” Klopp said on Friday, after being asked about his thoughts over Oxlade-Chamberlain’s misfortune.

“I cannot believe that this wonderful player, person, boy, guy, whatever, in such a positive situation, helping the team, having a clear, clear challenge, something like this happens. I really have no words for that.

“When I saw it back I thought ‘wow’. It’s just a shame, it’s not fair, to be honest. But that’s how life is sometimes and, how do we say it, if you get a lemon you make lemonade of it and that’s what we have to do.

“That’s what Alex is doing, he’s an absolute positive person and he will be back. I told him already that we will wait for him like a good wife, when a man is in prison.”

Oxlade-Chamberlain has been in inspired form this season, proving to be crucial to the Reds' midfield. He has scored 5 goals and assisted 8 more in what has been his best season to-date.