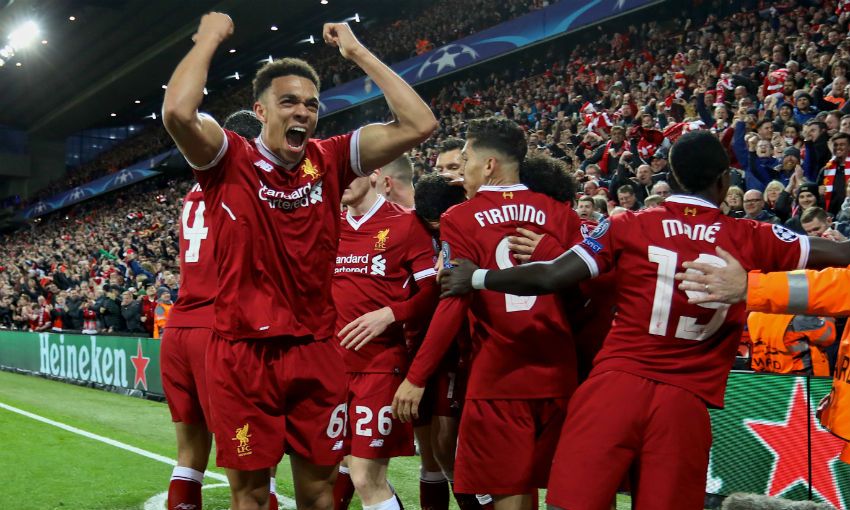 Jürgen Klopp was full of praise for Trent Alexander-Arnold after an 'outstandingly good' performance helped Liverpool to a 3-0 win over Manchester City on Wednesday night.

He told Liverpoolfc.com: "He did brilliant. He got criticism after [Manchester] United and after Crystal Palace - not internal but people are always quick with that.

"But then the best thing is to respond in a football way and that is obviously what Trent did. I was happy for him that he could show that performance.

"It's really pretty rare that Sane had pretty much nothing for finishing, making goals, stuff like that. It was outstandingly good to be honest."

The Reds travel to the Etihad for the second leg next week, with a commanding aggregate lead in the Champions League quarter-final following goals from Mohamed Salah, Alex Oxlade-Chamberlain and Sadio Mane.

Another Academy graduate - Conor Masterson - was in the Reds' squad after the teenager was drafted in as defensive cover following an injury setback to Dejan Lovren.

The boss added: "For the boys it's nice of course.

"To be absolutely honest I was happy that we didn't have to use Conor yesterday because first game a Champions League game against Manchester City that's not the start you wish for!

"Probably the boys want to do it but that's a proper challenge then. So it's all good and that he's around is really good."

Klopp also confirmed that there are 'no issues' with Roberto Firmino's fitness after the striker was withdrawn 71 minutes into the win over City.