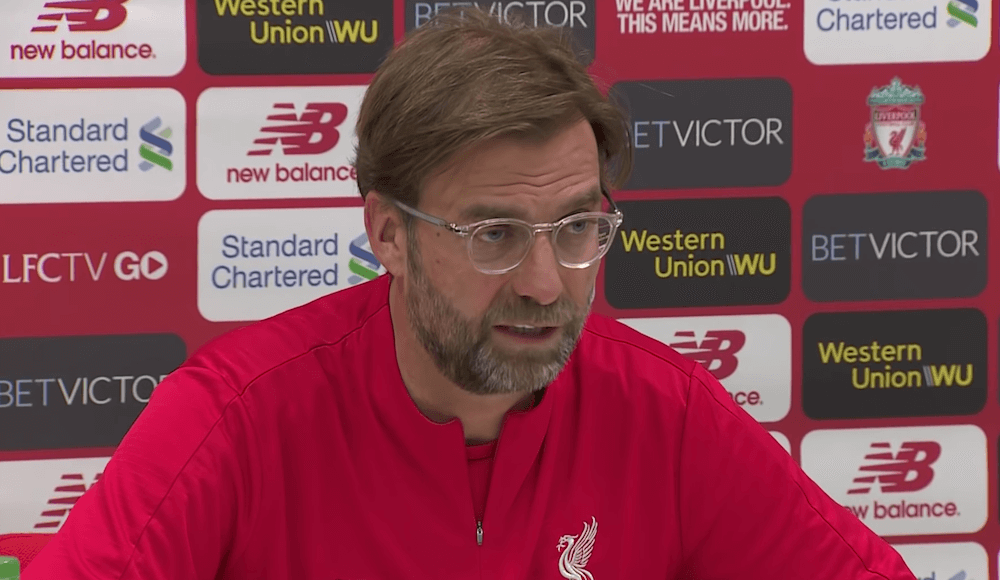 The Reds face Huddersfield at Anfield as they look for another valuable three points in the race for the Premier League title.

Manchester City established themselves as firm favourites for the title after beating Manchester United on Wednesday night, however Klopp is sure to insist his side must keep Pep Guardiola's side on their toes.

A fixture against Huddersfield is the perfect retort for Liverpool, with the Terriers already relegated from the Premier League with a mere 14 points.

The boss is expected to provide a fitness update on Fabinho, who missed training earlier this week after suffering concussion against Cardiff.

Klopp will speak to reporters at Melwood from 1.30pm BST and you can watch the press conference live below.