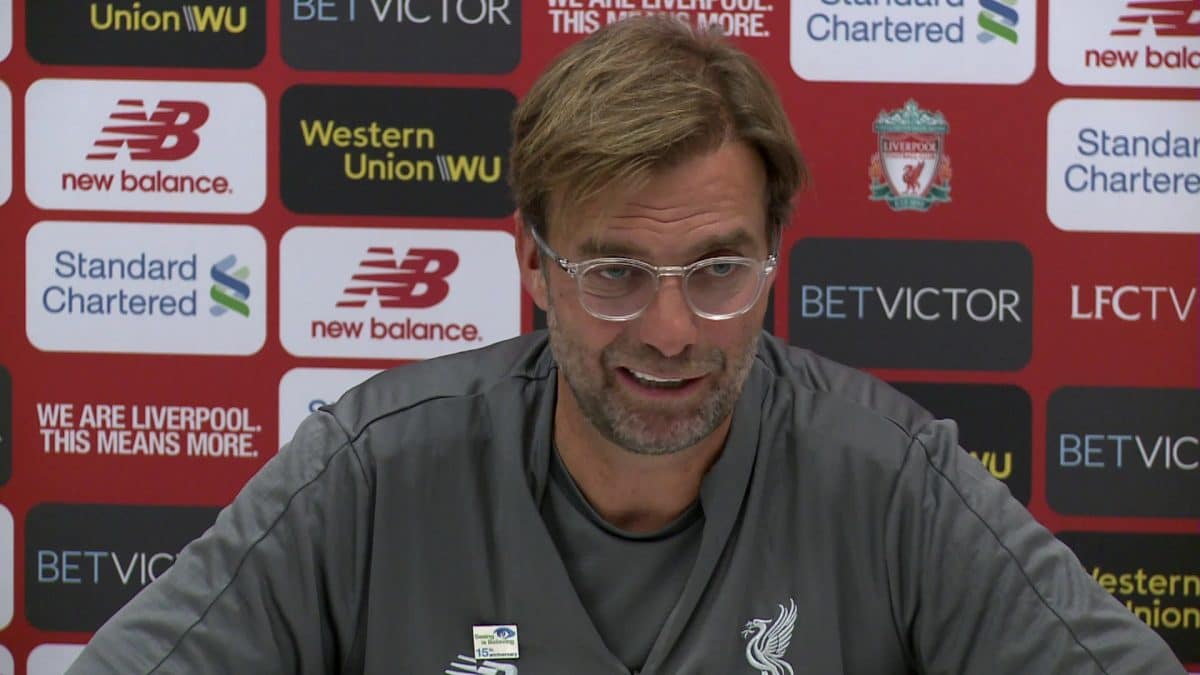 Liverpool manager Jurgen Klopp looked ahead to the Reds' meeting with Arsenal at his pre-match press conference on Friday.

The Reds have enjoyed a successful December, with seven wins out of seven games, seeing them qualify for the next round of the Champions League whilst propelling them to the top of the Premier League with a six-point lead.

After Boxing Day's 4-0 win over Newcastle, the Reds are swiftly back in action with Arsenal and Manchester City to come in quick succession.

Unai Emery’s side will travel to Anfield on Saturday as they look to repeat their performance from November's game between the two sides. Whilst the game finished 1-1, the home side managed 61.8 percent possession and controlled much of the game.

Speaking to reporters at Melwood, Klopp warned his side that it will be a difficult game against a "really good team".

“I think it was the period of the Naples game as well, when we didn’t do too well (it came just before the 2-0 loss at Red Star), so we needed these couple of weeks adjusting a few things,” he said.

“They are strong, good with the ball, very lively, counter-attacks are crazy quick.

“With Aubameyang and Lacazette, an outstanding strike pair up front, quick on the wings, power with Iwobi; a really good team.

“That’s what we prepare for. Because it’s not that long ago we used that game for analysis.

“It gave us a lot of information, and still it will be difficult.”

The manager also provided an update on Alex Oxlade-Chamberlain's fitness, whilst confirming that James Milner is sidelined via a hamstring injury.

He added: “Millie is Millie and that means he is again ahead of schedule. He had, yes, a little bit with the [hamstring] muscle. He will not be available for tomorrow, that’s not possible, but hopefully the game after that he will be available again.