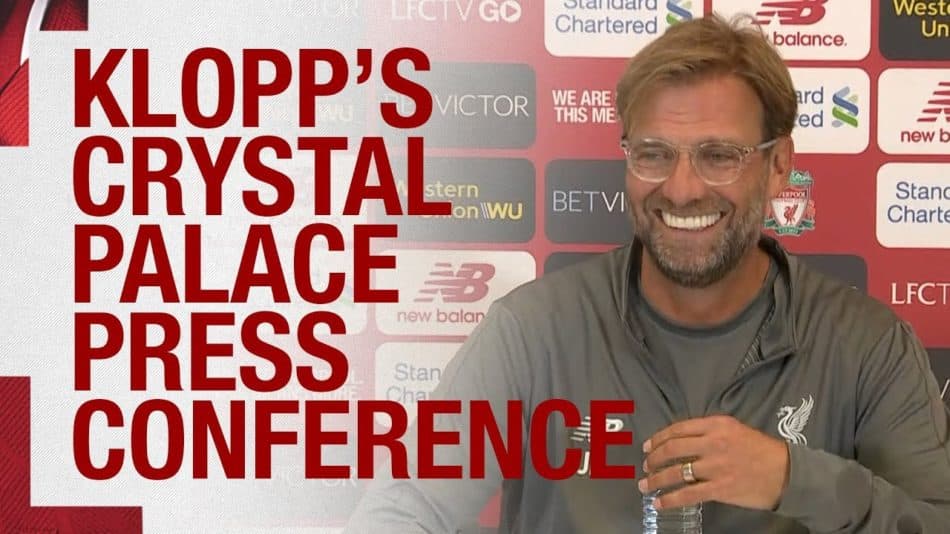 Jürgen Klopp spoke to the media ahead of Liverpool’s visit of Crystal Palace on Monday - watch what the boss had to say.

The Reds travel to Selhurst Park with confidence following a 4-0 victory against West Ham in their Premier League opener last week.

The Reds manager was in an upbeat mood ahead of the fixture as he provided the latest on his squad’s fitness and the possibility of departures this month.

Klopp, speaking at Melwood on Friday, insisted that his side must be consistent in their performances and in their ability to get the right result.

“Yes, the start was good but that’s already done, if you want,” he said.

“The feeling around the club is good [and] a big part of that are the performances and the results we got in the last few months. That’s what we have to do again and again and again.”

The Reds’ attacking trio of Sadio Mané, Mohamed Salah and Roberto Firmino shone once again against the Hammers as they looked to continue where they left off last season.

Salah opened the scoring for Liverpool, whilst Mané grabbed a brace on the opening day. And Klopp insists the impressive trident have a healthy relationship on the pitch when it comes to sharing the goals. 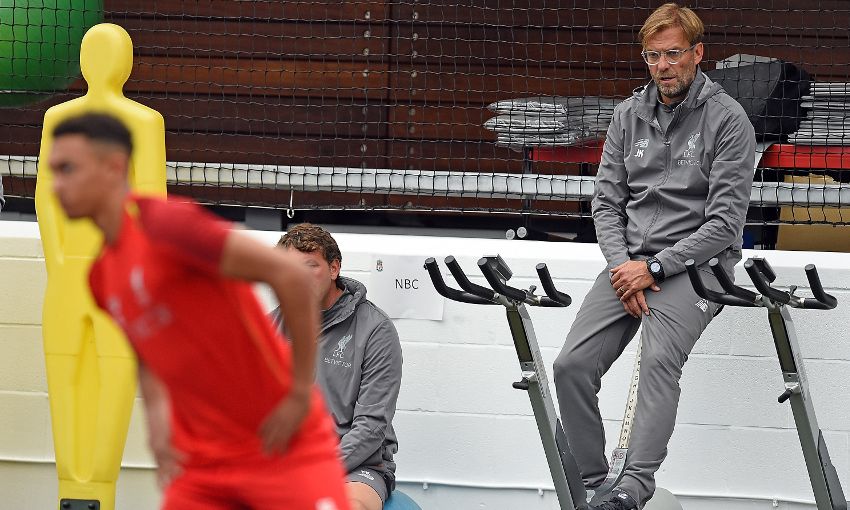 “They don’t have a real competition, they don’t count the goals of the other guy or whatever - they like and enjoy playing together, that’s very good.

“I don’t think that they are really bothered in the moment about a specific number of goals, they only want to win football games.”

“I was never in doubt about Joe and his ability to play at centre-half, but he needed time after a long injury,” he said.

“Now he’s fit and he’s a very good football player, he can play the position good. Together with Virgil, they have a very good understanding - on a personal level as well, that’s really cool.”